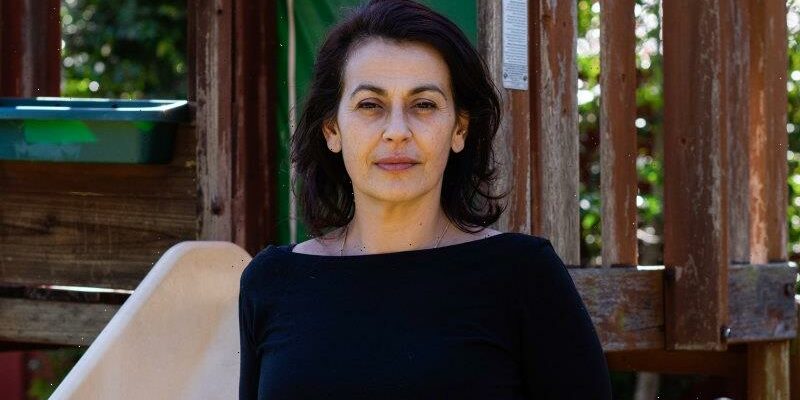 Safety breaches at childcare centres leading to penalties have disproportionately happened at those run by for-profit providers and the problem is getting worse.

New data shows three-quarters of the 12,000 enforcement actions taken since 2015 were against for-profit providers. They also have the highest proportion of centres not meeting national quality standards, a report from the United Workers Union, which represents childcare staff, finds. The problem is especially acute in Victoria and NSW. 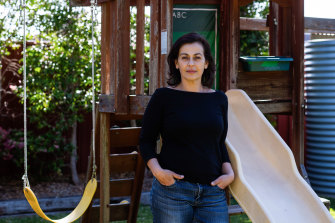 Theodora Hatzihrisafis worked in the childcare sector for more than 15 years and said poor staffing ratios led to a chaotic environment where children were put at risk.Credit:James Brickwoon

Educators say their concerns about safety in for-profit centres often relate to staffing arrangements, with the bare minimum rostered on to meet legal mandates.

Sydney-based early childhood educator Theodora Hatzihrisafis has observed during 15 years in the sector that many for-profit providers use “under roof” ratios for staff to keep staffing budgets to a minimum. This means there are enough staff in the entire centre to meet the legal requirements for the number of children, but they may be shuffled between rooms.

Conversely, not-for-profit and publicly run centres use “in-room” ratios and commonly have at least one more educator than legally required in each room.

Ms Hatzihrisafis said the “under roof” approach led to a chaotic environment where children were put at risk because there wasn’t enough supervision.

“The quality of education and care is just not there, it ends up being crowd control. And that puts a lot of pressure on the educators that results in staff burnout,” she said.

One of the union’s major concerns is there’s no easy way for parents to learn about a childcare provider’s safety record.

“Parents should expect to be informed about the safety track record of their children’s centre. That’s just not happening right now,” the union’s director of early education Helen Gibbons said.

“For-profits have a demonstrated history of poorer safety and lower quality outcomes than the not-for-profit sector, but many parents have no idea and no way to easily access this information.”

The union wants regulators to inform parents when they have taken significant compliance action against a service, and for providers to have to publish report cards detailing quality ratings and compliance and enforcement activity.

Sam, another educator who asked not to use their surname, worked at one service that operated over two floors of a Melbourne CBD building and staff had to leave children unsupervised to ask a manager for extra help if it was needed.

“What was always very frustrating was that nothing was like, outright illegal. But it was just completely dismissed constantly when staff brought up concerns,” they said.

Kylie Grey said in her experience in 11 years in childcare, the for-profit companies were “more worried about the bottom dollar”.

She’s had to buy teaching resources out of her own pocket, do activity planning in unpaid time, and even at one centre ask the director for art materials from a locked cupboard every time the children wanted to do something creative. 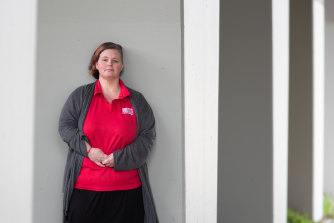 “If your focus is on turning a profit, you’re trying to work out how you can do things with the bare minimum cost, which ends up just putting huge pressure on the workforce,” she said.

“It’s important that we think about safety and quality not only for the children but for the educators that are doing this day in, day out.”

Breaches include not having enough staff, inadequate supervision of children, using inappropriate discipline, failing to protect children from harm and hazards, and not delivering educational programs. Penalties for these can range from being issued with a compliance notice to a service’s registration being cancelled, fines or prosecution.

Examples of the most severe incidents include a centre in Sydney that was fined $14,000 after a two-year-old in its care was found walking alone along a major road outside. Another received an $11,000 fine after a child was accidentally not taken on an excursion and later found with soap in their eyes in a bathroom.

The report also examines childcare quality ratings and finds that one in six for-profit centres, more than 1200, don’t yet meet national quality standards.