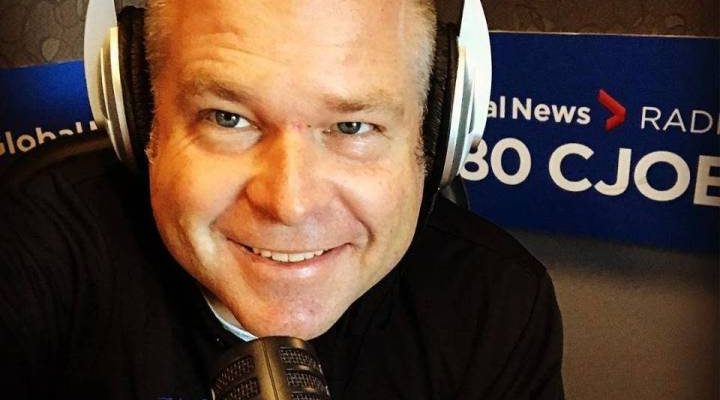 When you’re coming from the palm trees and sunshine of Florida, Manitoba in December may not seem like the ideal travel destination, but a U.S. blogger told 680 CJOB Friday that he couldn’t be happier about his choice to visit Winnipeg.

Adam Vosding, a Tampa food blogger who goes by the name ‘Traveling Food Dude’, took the opportunity to combine his love for hockey and exploring new cuisine.

He’s in the city until Monday, to watch his beloved Tampa Bay Lightning play against the Winnipeg Jets at Bell MTS Place, and to take in as much local culture – and food – as he can.

“Typically, when you pick a place to go, you’re picking the bigger cities, like New York, Chicago or Dallas,” he said.

“On my journey so far, I’ve had such a better time in the smaller towns. It’s much less overwhelming and you get to meet the people better. I think Winnipeg has that draw to it.”

Vosding, accompanied on the trip by his dog, Holland, said he’s been blown away by attractions like the Manitoba Museum and the Forks, and has been diligently documenting his visits to  Winnipeg restaurants on social media.

So far, he’s hit local standbys like Salisbury House, Baked Expectations, and Skinner’s in Lockport, as well as more recent additions to the Winnipeg cuisine scene like Clementine and Jolibee.

“My friends back in Tampa and Florida think I’m crazy to be going to Canada in December, but it’s such a cool way to take a vacation,” he said.

“Half the people in Florida I know have never seen snow before!”