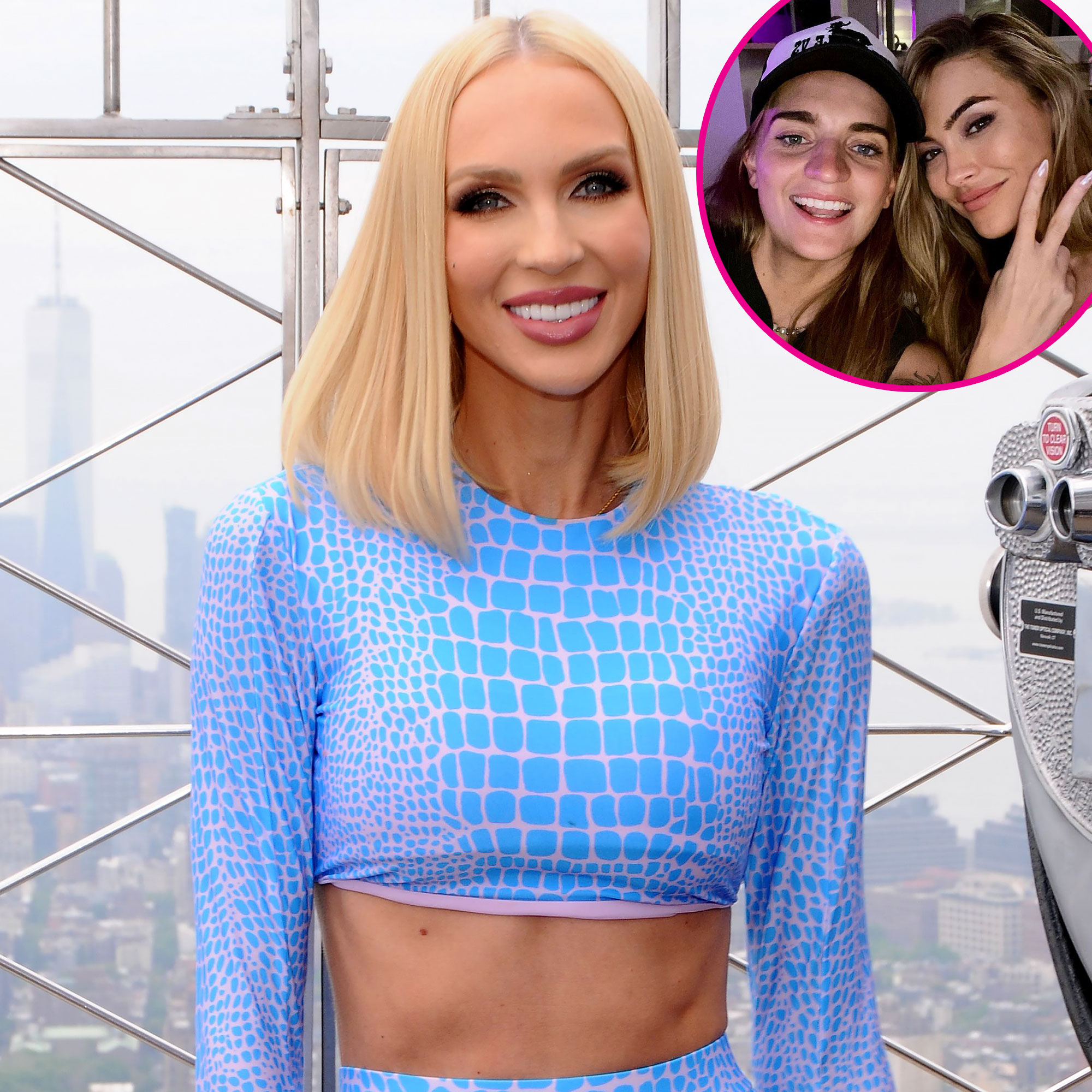 Spreading love! Christine Quinn weighed in on Selling Sunset costar Chrishell Stause‘s romance with singer G Flip — and she couldn’t be happier for the couple.

“I’m so happy for them,” the Texas native, 33, exclusively told Us Weekly at a signing for her book, How to Be a Boss B*tch, at the Strand Bookstore in New York City on Monday, May 16. “Love is amazing.”

The former soap opera actress, 40, confirmed her relationship with the Australia native, 27, during Selling Sunset‘s season 5 reunion special, which hit Netflix earlier this month. “I recently have been spending a lot of time with someone that’s very important to me. Their name is G Flip. They’re nonbinary, so they go by they/them,” the Dancing With the Stars alum gushed to host Tan France as some of her costars — and ex Jason Oppenheim — sat in shock.

Chrishell raved over her “extremely talented” partner, giving an inside look at how they met. “It started because I was just going to be in their video,” she recalled. “And it’s about this chaotic love story. I come from soaps, I love acting. And with the job that we have, I don’t always get to do it. At first of course I was like, ‘Yes, let’s do that.’”

The Claws Are Out! Biggest ‘Selling Sunset’ Feuds

Before moving on with G Flip, the Under Construction author dated Jason, 45, and their relationship was a central focus throughout season 5 of the reality series. The twosome called it quits in December 2021 after taking their romance public that summer, citing their different views on starting a family as the main reason for their breakup.

While opening up about her new flame during the reunion, the All My Children alum said she still hoped to become a mom someday. “I, you know, had this serious relationship [with Jason] and obviously, I am hoping to have a family but I’ve also taken some of the pressure off myself as far as what that looks like,” she explained. “I don’t necessarily have to have the child myself — [I’m] open to adoption, things like that. And so I’m just kind of enjoying right now and having a lot of fun and dating.”

When asked how he felt about the “Drink Too Much” performer, Jason seemed supportive. “They seem like a badass, for one,” the Oppenheim Group cofounder said before going on to address his ex. “And two, the smile that’s been on your face the last couple [of] minutes makes me very happy. So I’m proud of you.”

Christine, for her part, has had her fair share of ups and downs with Chrishell over the years — and had plenty to say about the Kentucky native’s previous relationship with their boss before the duo’s split.

“The second she walked into the office, it was definitely love at first sight,” the RealOpen.com founder told TMZ in August 2021. “There were sparks flying, I mean, we all saw it.”

At the time, Christine joked that the relationship’s debut came at a “really convenient” moment as the show headed back into production. Throughout season 5, the realtor often hinted that she thought Chrishell was given better listings because she was dating Jason. However, the retired actress shut down criticism about “f–king the boss” to get ahead.

“PSA: Realtors are Independent contractors,” she replied to a troll via Twitter in April. “Defined as self-employed workers who provide services for an organization under a contract for services. Soooooo I actually am still f–cking the boss then.”

With reporting by Kelly Laske