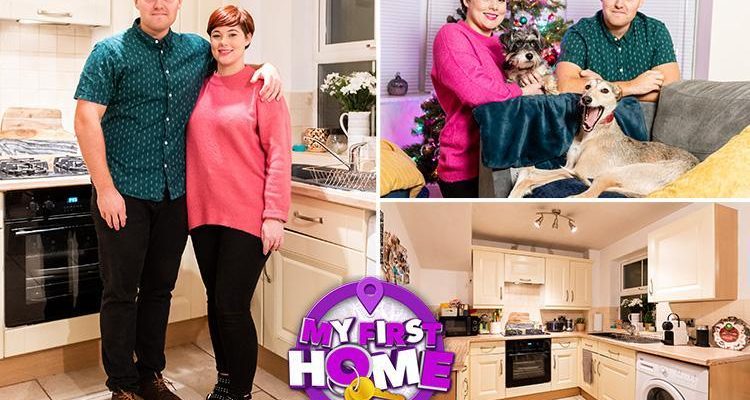 A YOUNG couple managed to turn around their credit score in six months after being rejected for a mortgage – and now own a £158,000 three-bed home.

Katie Brooksbank, 29, and Tom Haslam, 31, who live in Worksop, Nottinghamshire put their house hunt on hold in January this year after being refused a home loan. 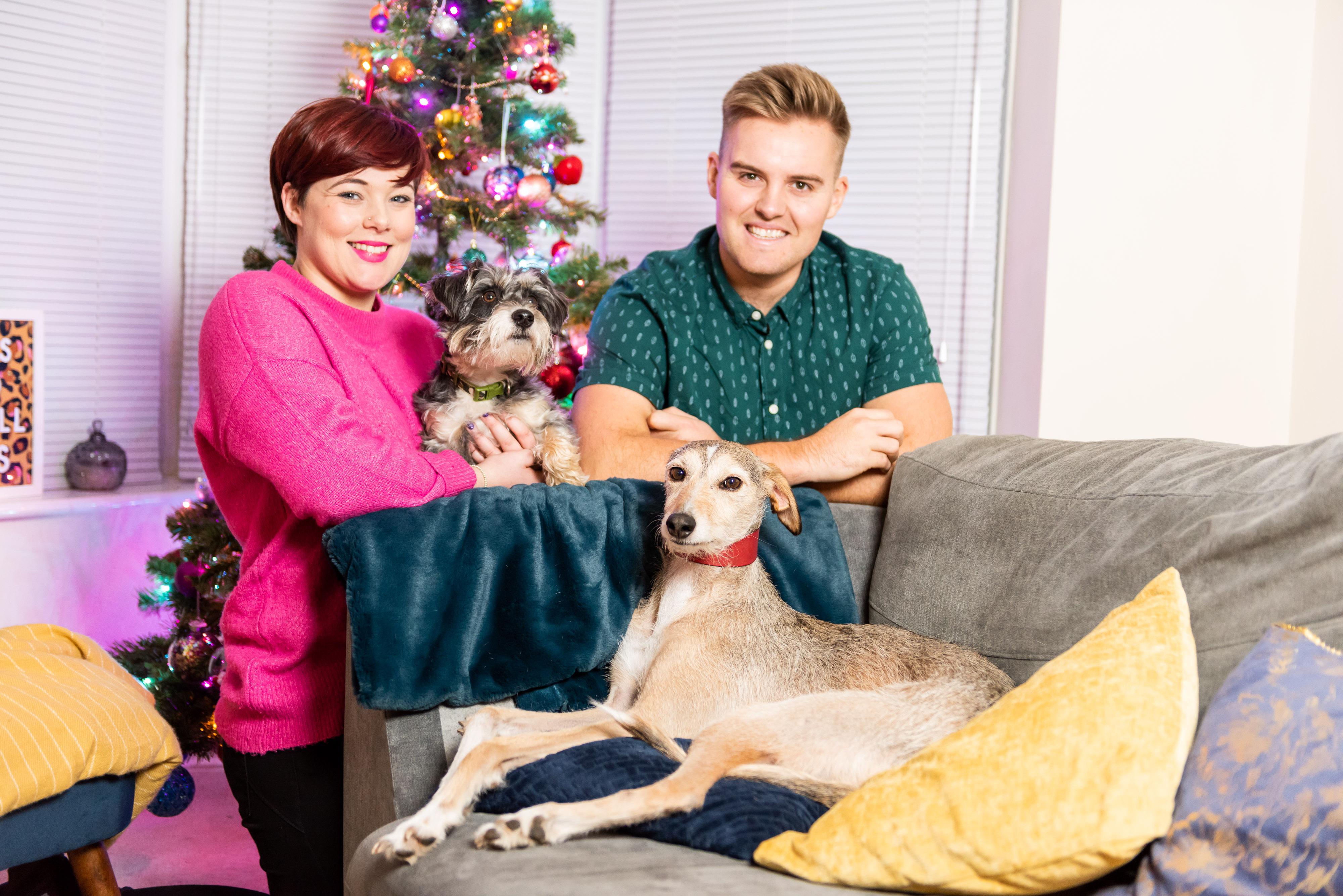 Despite having everything in order, the mortgage advisor had filled in the wrong details on their application, greatly underestimating their incomes.

Their application was rejected and even worse, they were forced to give up on their dream home and lost a £500 holding fee.

The rejection also had a negative impact on their credit score.

Both of their Experian credit scores dropped 200 points each, taking them from “good” to “fair” meaning that if they applied for another mortgage straight away, they may have faced another rejection and risked damaging their scores even further.

Lenders look at your credit score before deciding whether to loan you the cash.

The better the score, the better the rate they will offer you so it’s important that it’s in a pretty good shape before you apply.

Multiple applications for credit also damage your score as lenders assume you're desperate for cash and class you as a riskier borrower. 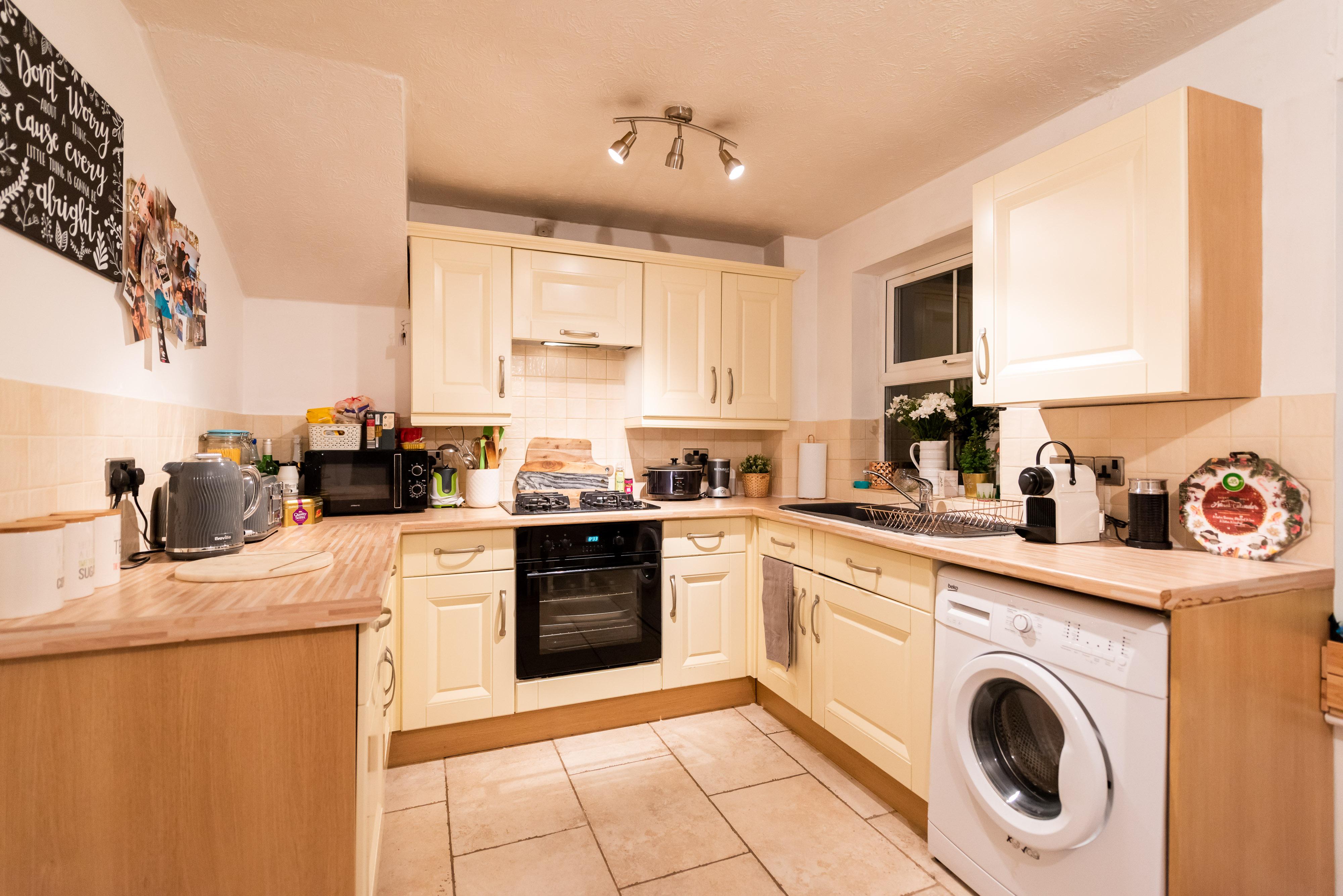 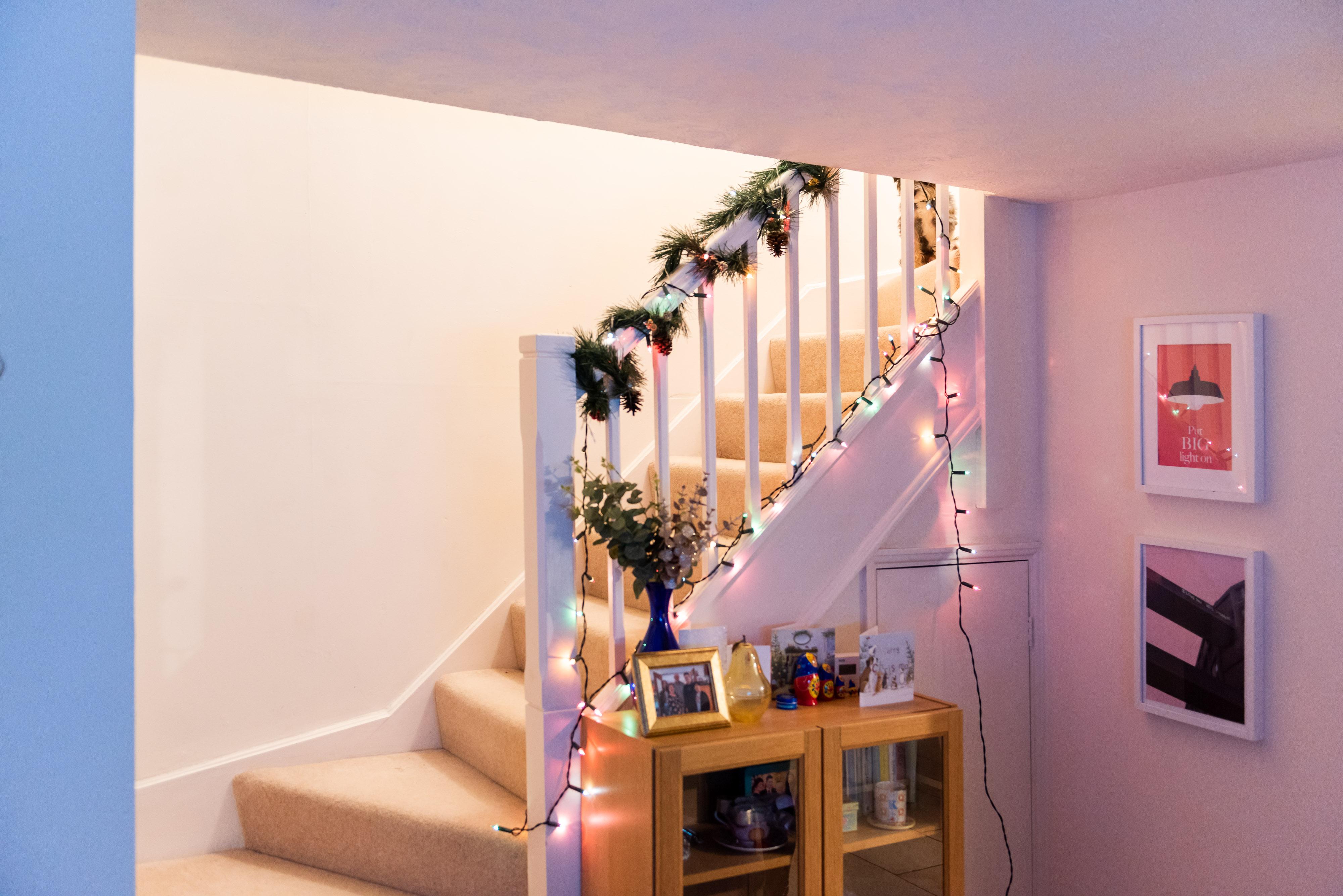 They didn't realise that they could have spoken to the credit reference firms to ask for the erroneous application to be removed.

Although they regret not doing their research, they were driven by fear to try and do it on their own.

Over the next half a year, Katie, who’s a senior support liaison officer for the NHS, and Tom, a self-employed designer, worked hard to pay off their overdrafts and took out a credit building credit card to improve their scores.

"It panicked us so much so we just sort of cracked on with it," said Tom.

"Had we known, we would have had it taken off our history but we would have still missed out on that house because we only had a month to get everything sorted, and we would never have found this one."

It took the couple two years to save £6,000 for their first-home and they were lucky enough to be gifted £12,000 towards the deposit from parents, which helped them get on the property ladder three years before they had hoped to.

We caught up with Tom in the My First Home series to find out what it took turn their finances around.

When did you get the keys and what’s it like?

We moved in to our three-bed house in Worksop at the end of November, so we’re still just working out where everything goes.

It’s about 18 years old, a detached house but linked to next door’s house via the garage. 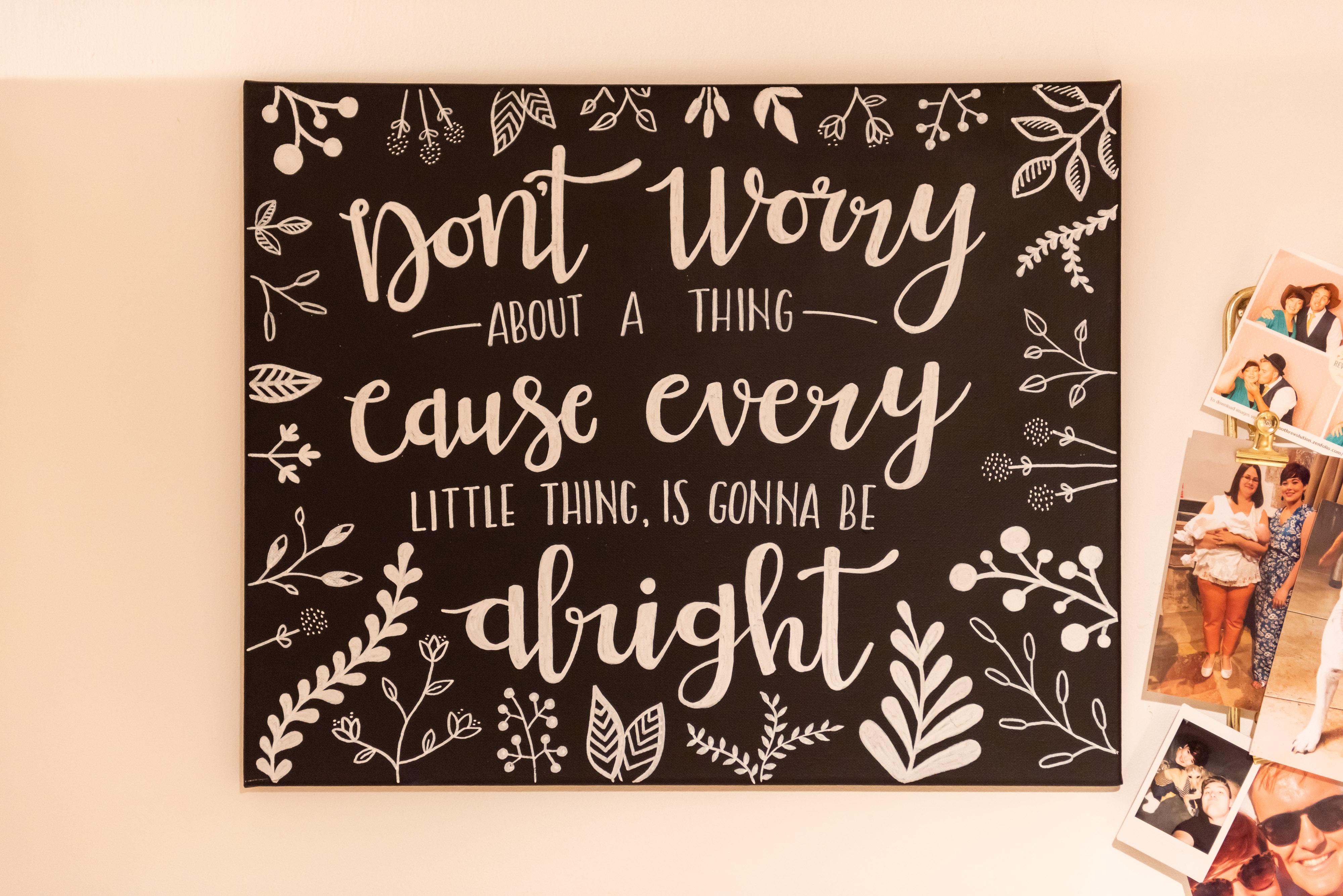 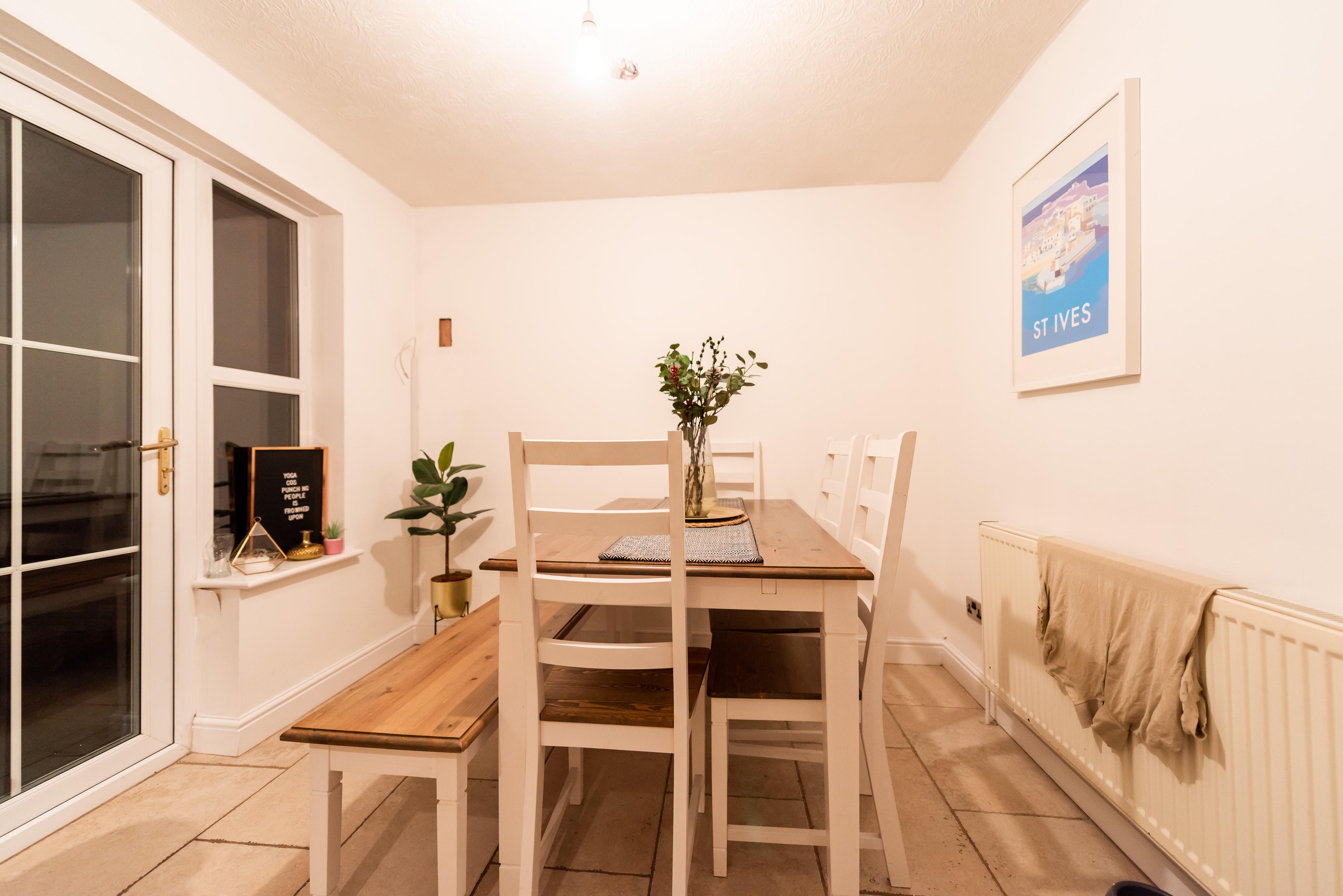 The house is on a little estate and we’ve got a driveway big enough for one car and a decent sized garden with a patio.

Inside, there are two double bedrooms and a small single room that isn’t big enough for a bed so it’s actually my man cave at the moment.

It wasn’t the first house you fell in love with was it?

No. We first found a house that we liked back in January. It was a new build and the people who’d been lined up to buy it had dropped out, so it was all there ready for us to move in.

Are you a first-time buyer who want to share tips on how you did it? Email us at [email protected] or call 0207 78 24516. Don't forget to join the Sun Money's first-time buyer Facebook group for the latest tips on buying your first home.

We put down a £500 holding deposit which would only last for a month and took the advice of the developers and went with their mortgage broker.

At the time, we didn’t know anything about the process of moving house so we just listened to them because we thought it would make everything easier.

They were actually awful. We never met them face to face and we had to chase them over the phone constantly to find out where we were at with our application.

They even sent it off without telling us and it turned out that they’d filled in the information about our income wrong. They said it was less than what we actually earned which meant we ended up being declined for a mortgage. 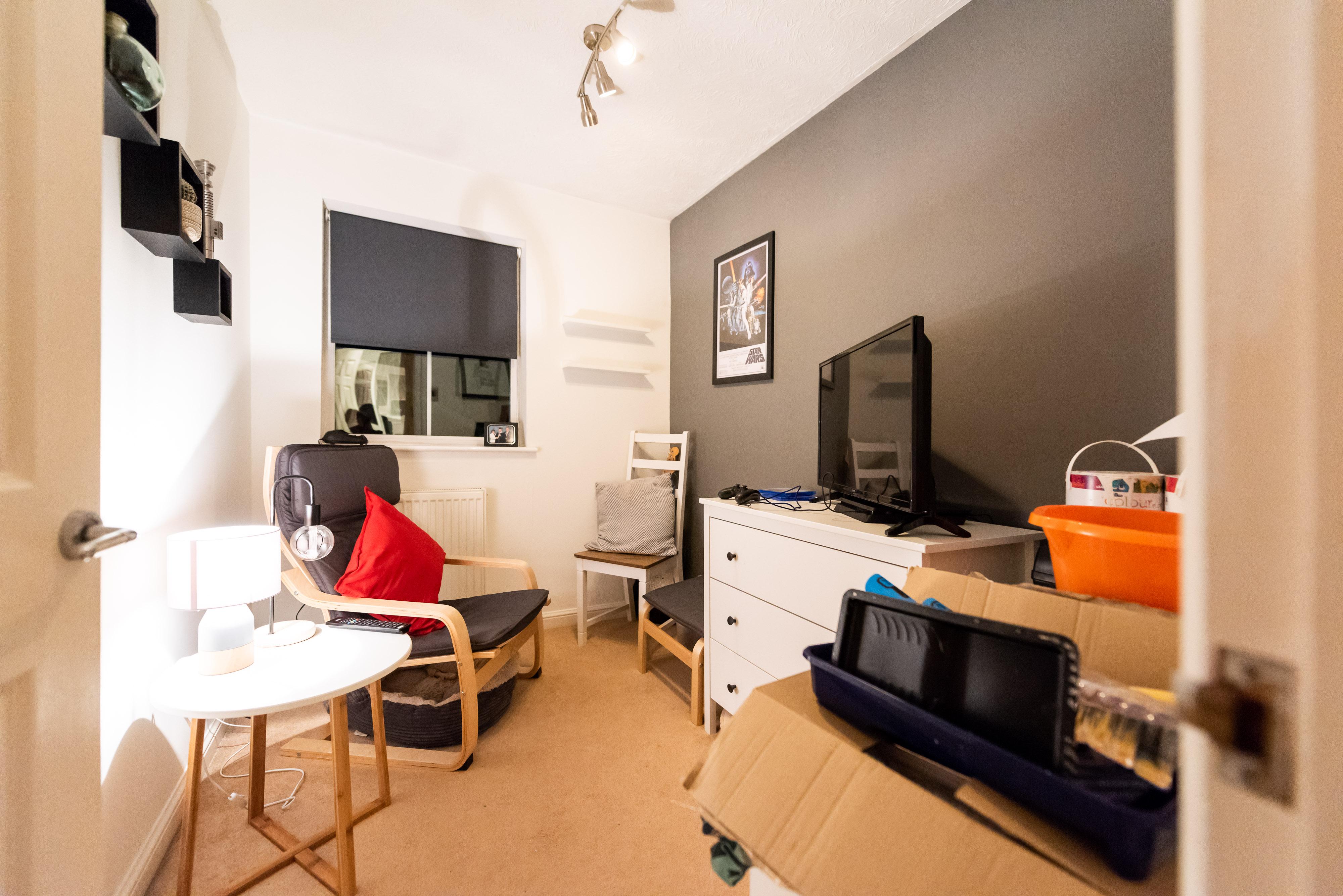 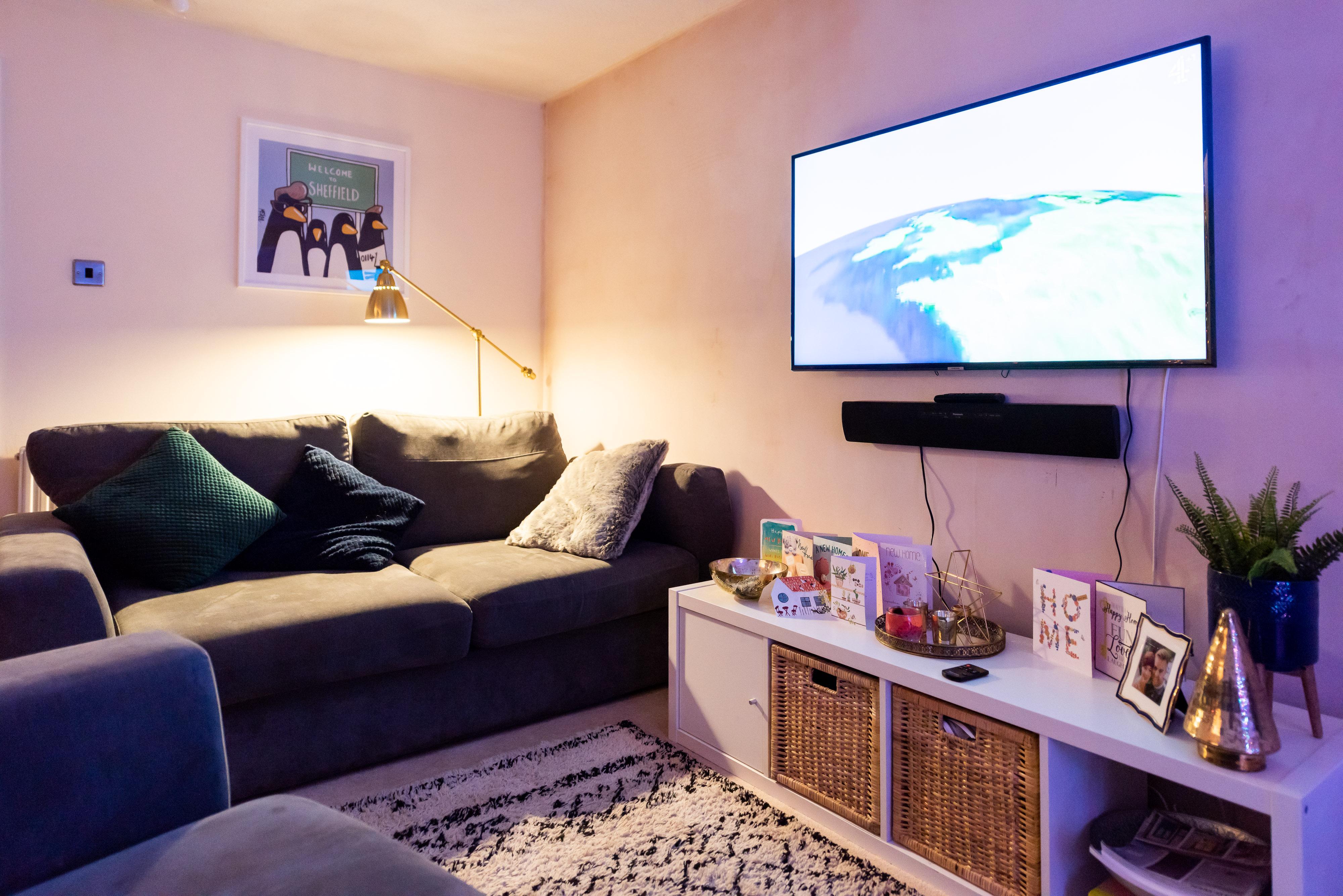 So we couldn’t get the house and we lost the £500 deposit. It was horrible.

Our Experian credit scores really suffered too – they dropped by 200 points each taking us from being categorised as “good” to “fair”.

It really affected us and we knew that we couldn’t really apply for another mortgage straight away because we’d probably be rejected again.

We had no idea that we could have called the credit referencing agency to get the rejection removed because it was a genuine mistake.

It panicked us so much so we just sort of cracked on with it. Had we known, we would have had it taken off our history but we would have still missed out on that house because we only had a month to get everything sorted, and we would never have found this one.

How did you turn your credit score around? 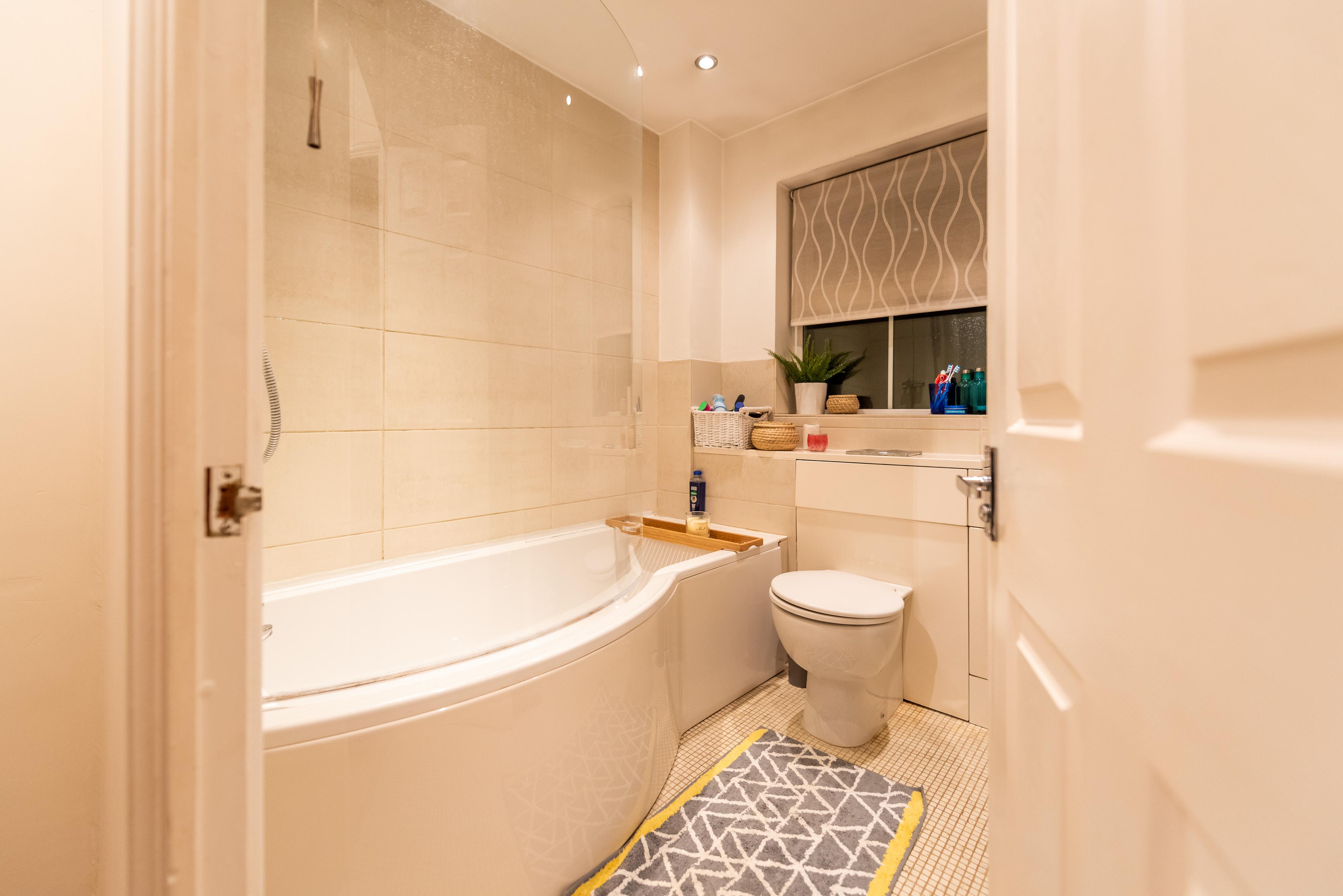 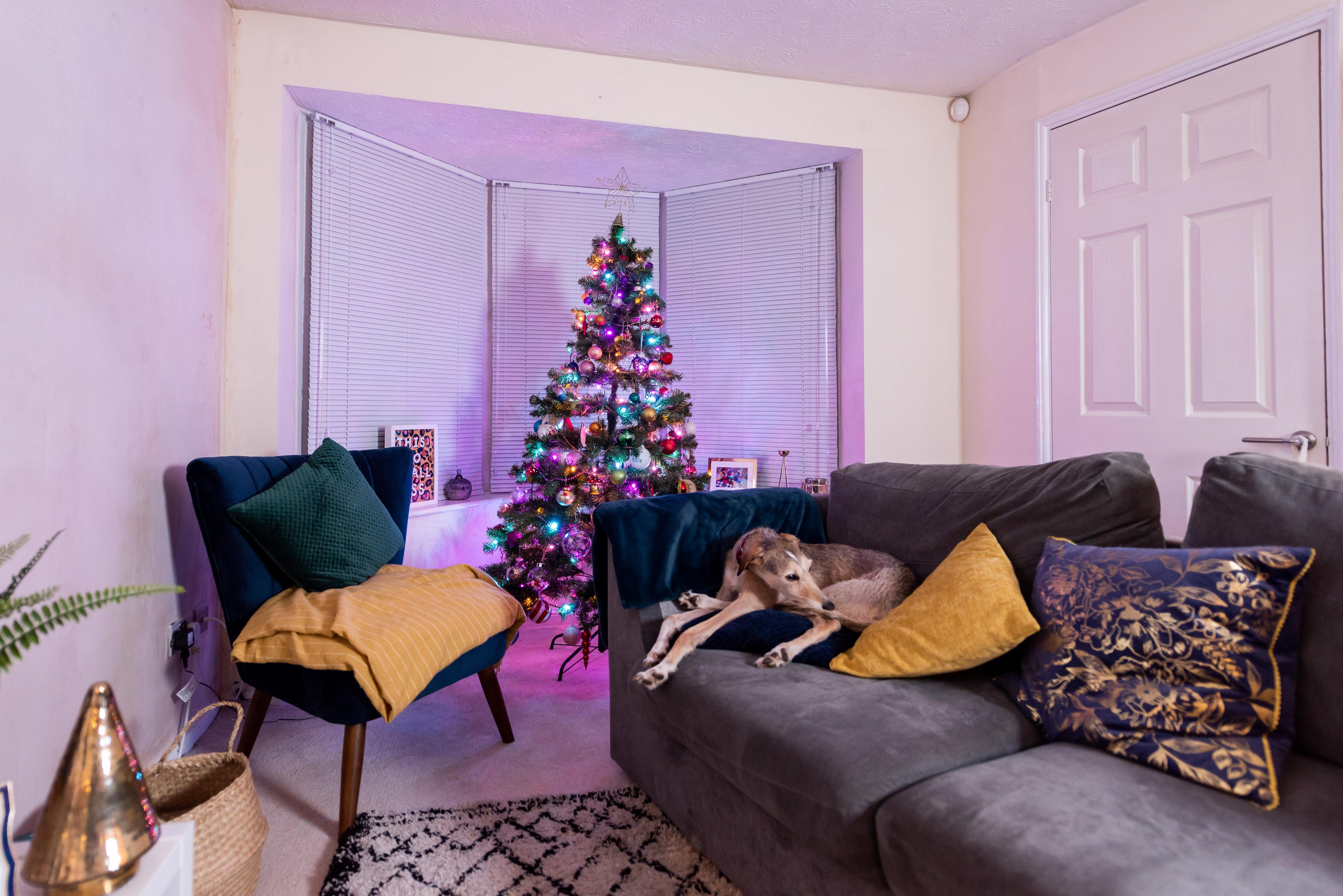 We soon realised though that that wasn’t going to do anything because you’ve got to have credit in order to have a decent score.

I also learned that it’s not how much credit you have that affects your mortgage application, it’s your incomings and outgoings that show whether you can afford it.

I sold my Renault Clio that I had on finance, and used the cash to pay it off. I got £600 less for it than what I owed the company so had to dip into my savings but it was worth it to just clear the debt and reduce my outgoings.

We both took out a credit building card too with Capital One which we used to pay for petrol and we made sure that we paid it off straight away.

How to boost your chances of being approved for a mortgage

We also held off until after April which mean that I had another year’s worth of accounts to include in the application, which really boosted our chances.

Let’s talk finances. How long did it take you to save?

We were really lucky and were gifted £12,000 towards our deposit by parents, without which we would definitely not have been able to do.

Over two years, we managed to save about £6,000 between us, sticking away anything between £100 to £500 a month, depending on how much spare cash we had. 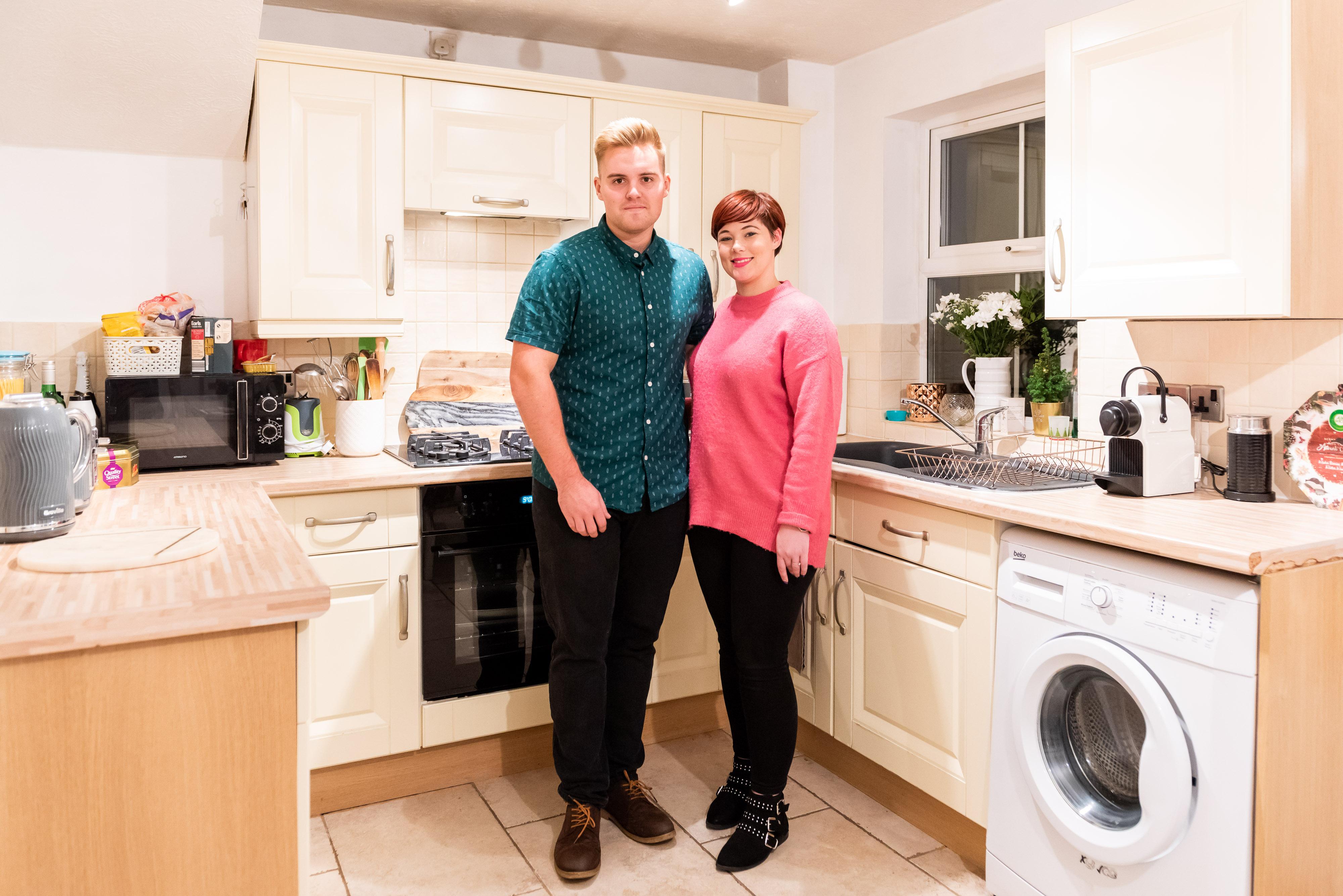 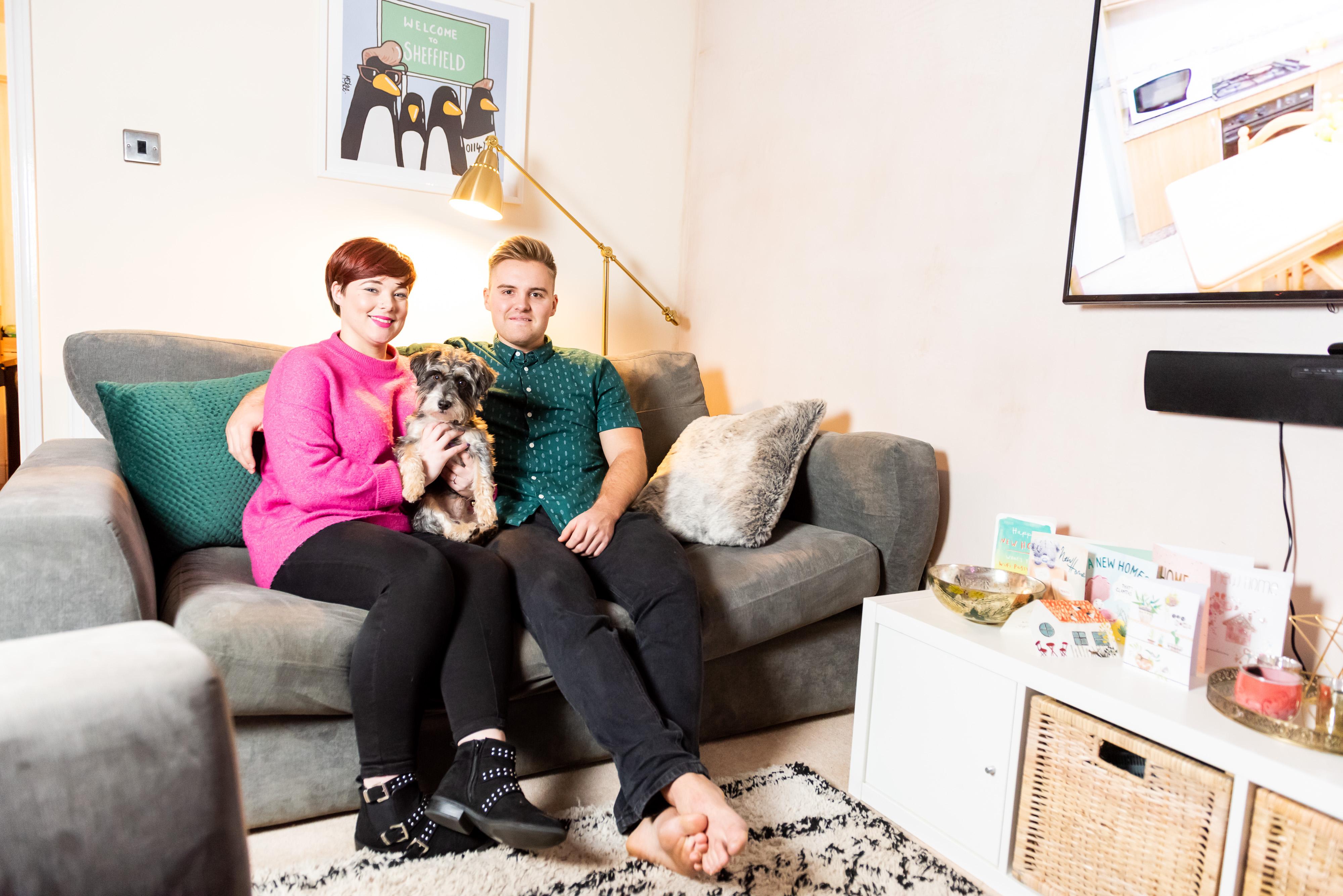 We were renting a two-bed semi-detached house in Sheffield which costs us £600 a month – so without our parents help we would have had to save for five or six years before we had enough for a deposit.

We didn’t really go without but if I earned more money one month then I’d put the proceeds into savings, and we sold a few things online too.

We sold things like speakers that we didn’t use any more, posters, books and photo frames. I even sold some old fishing tackle too. In the end we probably made about £500 which doesn’t sound like much but it all adds up.

What happens if you're turned down for a mortgage?

A professional mortgage broker or independent financial adviser who specialises in mortgages will have regular dealings with a wide selection of lenders.

They will be aware of what different lenders require before offering a mortgage, and will speak to the lender on your behalf.

It was important for us to get a 10 per cent deposit because I’m self-employed my wage varies every month so I wasn’t really likely to be offered a mortgage with a 5 per cent deposit anyway.

We also wanted to increase our chances to get better mortgage rates. With a 5 per cent deposit we were looking at interest rates between four and six per cent, but with a 10 per cent our rates dropped to between two to three per cent. 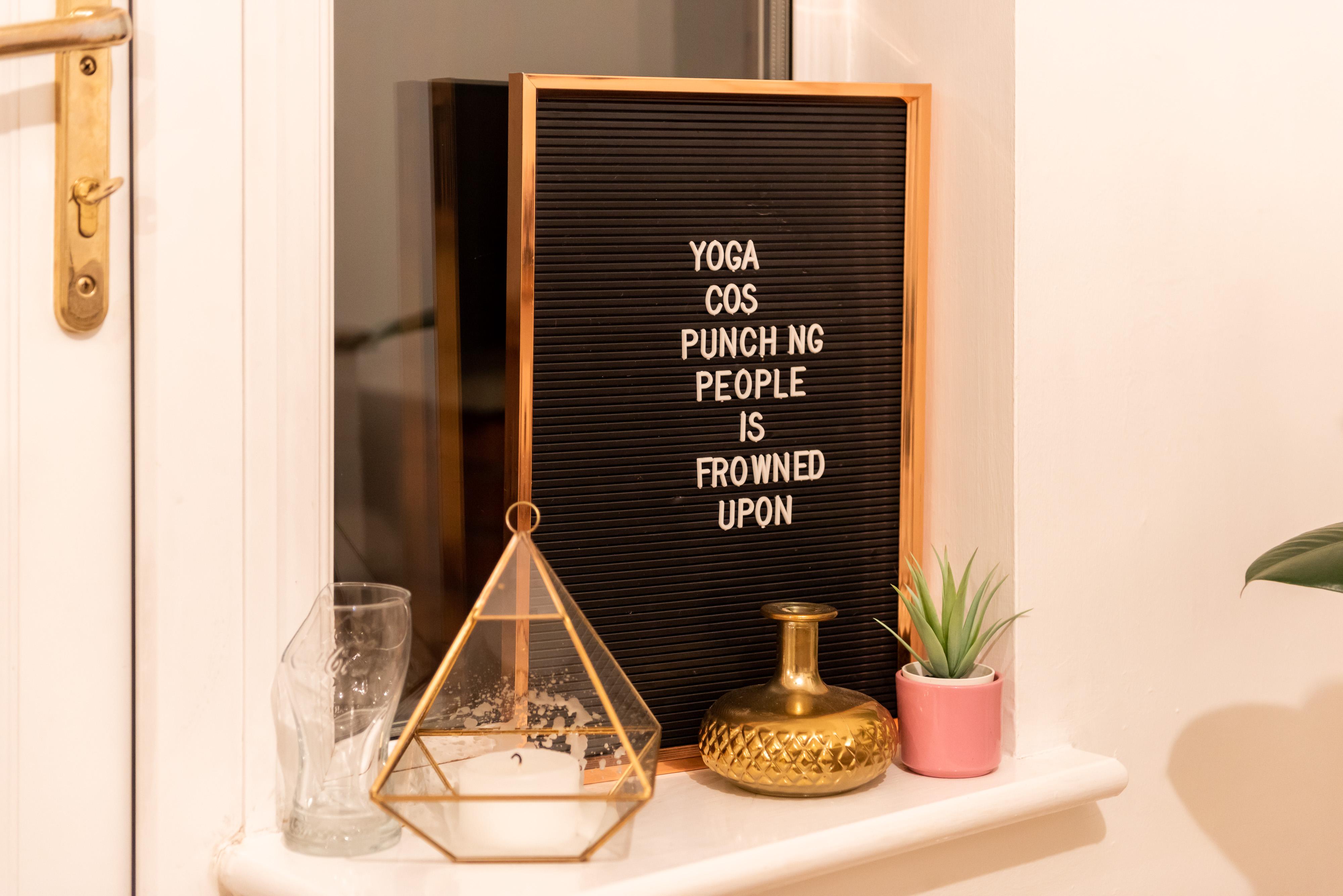 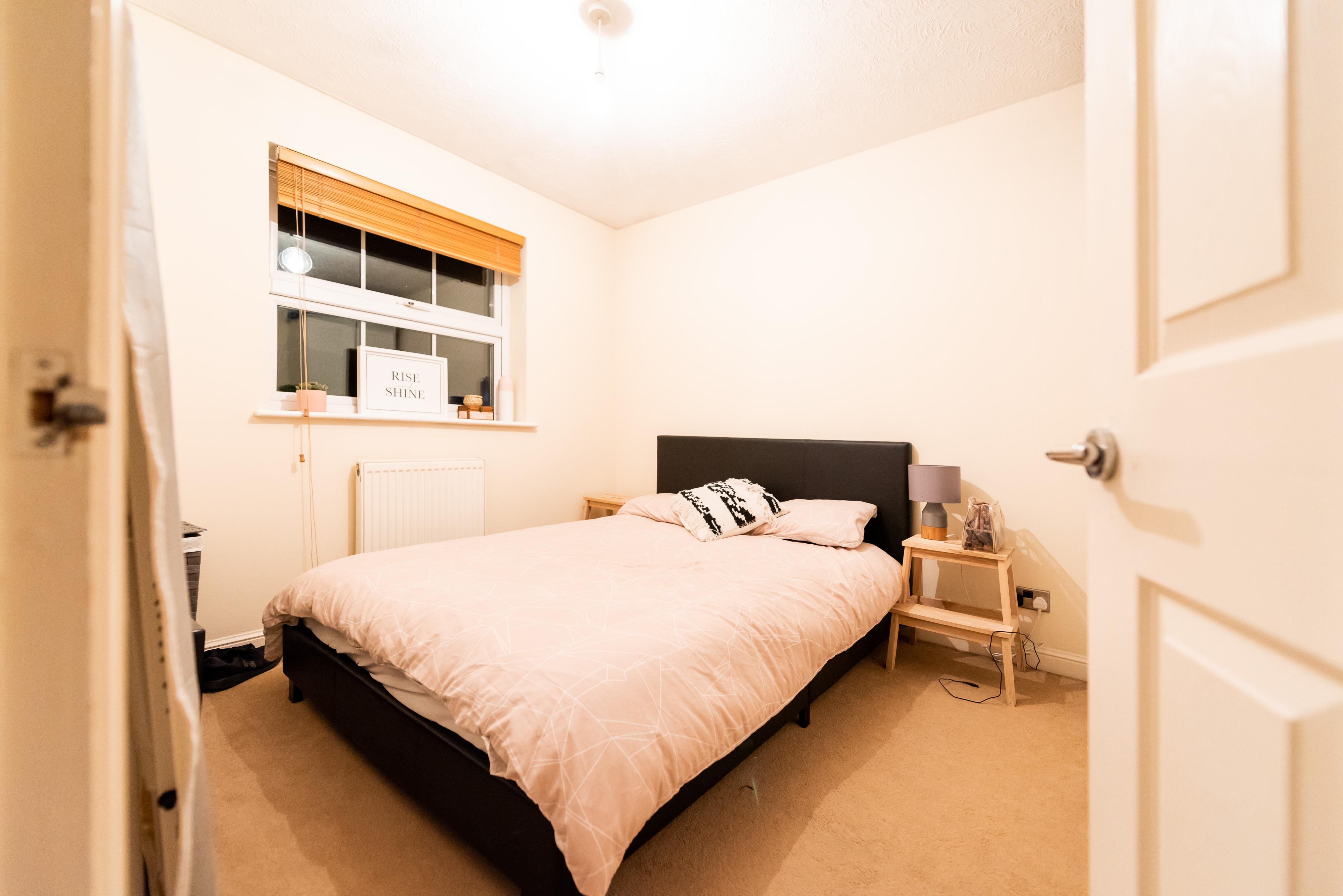 The money we’d managed to save topped up our deposit and went towards all of the moving costs.

For our mortgage, we locked in to a five-year fixed rate deal with NatWest over 30 years. We pay £50 less every month than we did when we were renting.

We also took out a £12,500 home improvement loan which is to put towards doing up the house. This is then added to the mortgage when we come to renew it after the five-year term is up.

Once you found the right house for you, how long did the whole process take?

This time we found a mortgage broker who we knew we could work with and it was so worth it.

We first viewed the house on October 24 after viewing over 10 properties. We had already shortlisted two other houses before this one became available, which we had planned on viewing again but as soon as we saw this one we just knew it felt right and went for it. 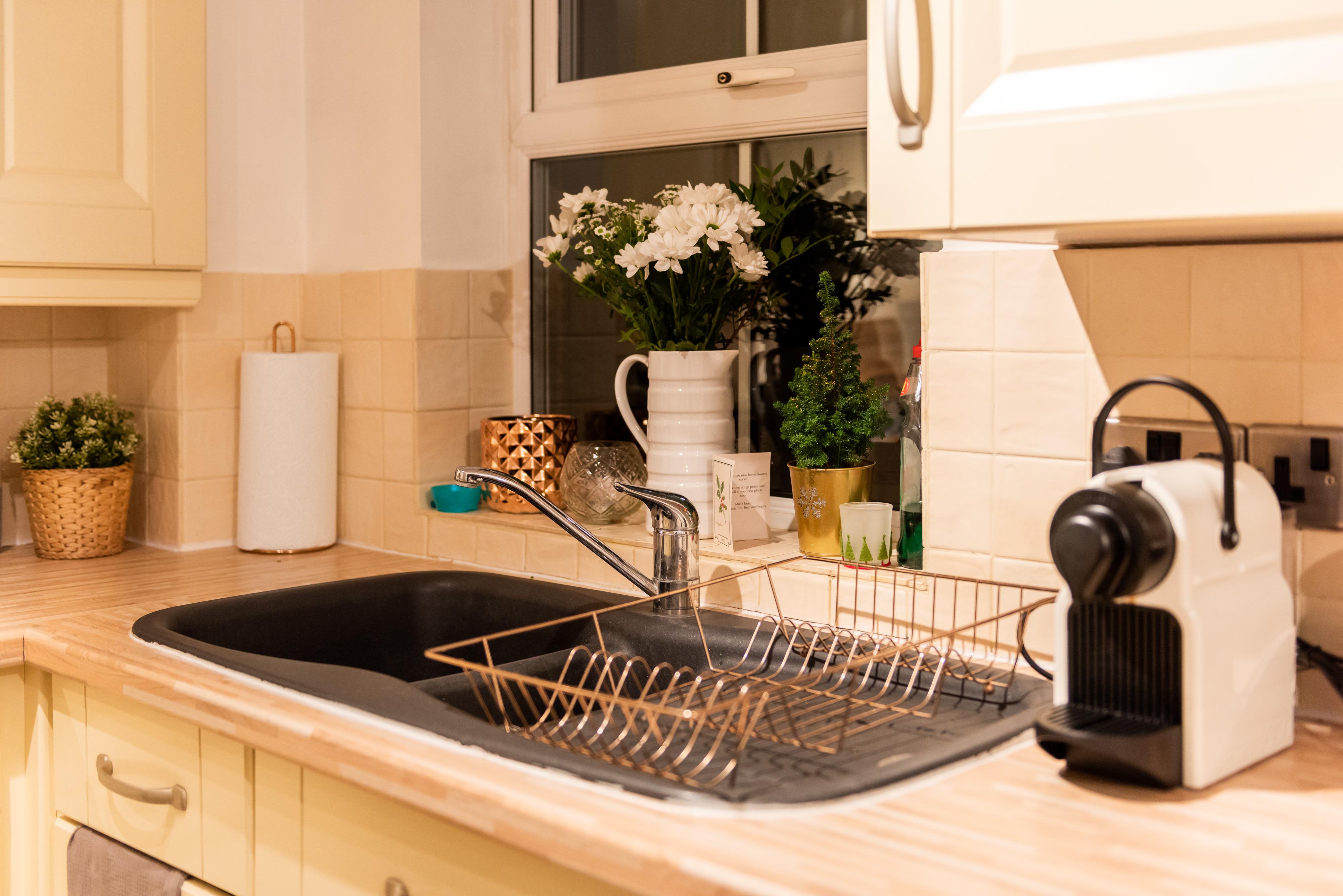 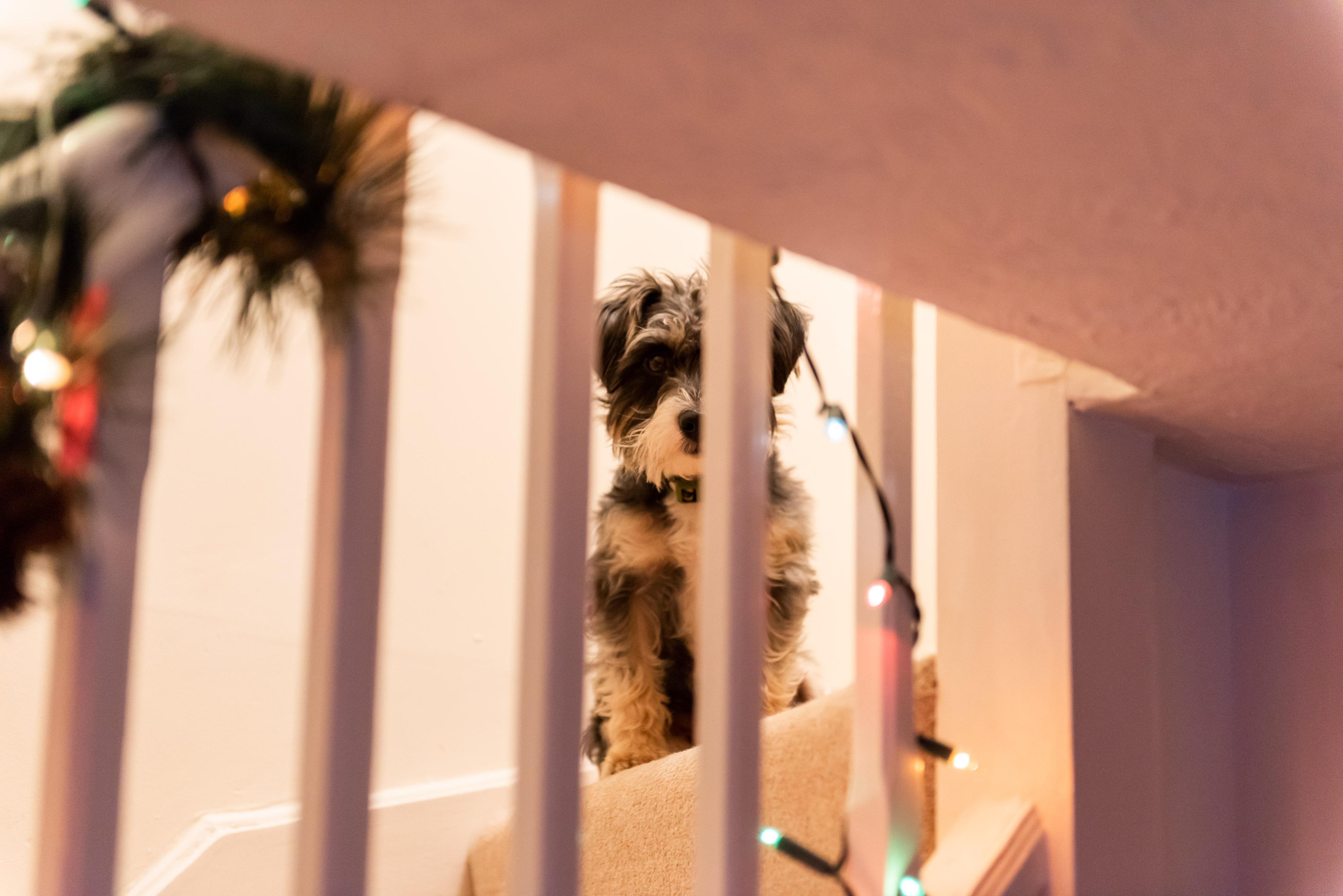 The team at Nouveau Financial turned everything around so quickly too. From submitting our mortgage application to getting the keys it took just four weeks.

There was no upward chain either which really helped speed up the process.

So from missing out on a house in January to owning our own home in December – it’s been a good end to the year!

What are your plans now? Are you going to stay there for a while?

We’re hoping to stay here for a few years now – at least while we have the current mortgage.

We love that it’s not a new build so we get to put our own stamp on it, which is what we’re working towards doing now.

We’ve got plans to gut the kitchen and put a new one in and just making it our own really.

What help is out there for first-time buyers?

Help to Buy Isa – It's a tax-free savings account where for every £200 you save, the Government will add an extra £50. But there's a maximum limit of £3,000 which is paid to your solicitor when you move.

Help to Buy equity loan – The Government will lend you up to 20 per cent of the home's value – or 40 per cent in London – after you've put down a five per cent deposit. The loan is on top of a normal mortgage but it can only be used to buy a new build property.

Lifetime Isa – This is another Government scheme that gives anyone aged 18 to 39 the chance to save tax-free and get a bonus of up to £32,000 towards their first home. You can save up to £4,000 a year and the Government will add 25 per cent on top.

"First dibs" in London – London Mayor Sadiq Khan is working on a scheme that will restrict sales of all new-build homes in the capital up to £350,000 to UK buyers for three months before any overseas marketing can take place.

Starter Home Initiative – A Government scheme that will see 200,000 new-build homes in England sold to first-time buyers with a 20 per cent discount by 2020. To receive updates on the progress of these homes you can register your interest on the Starter Homes website.