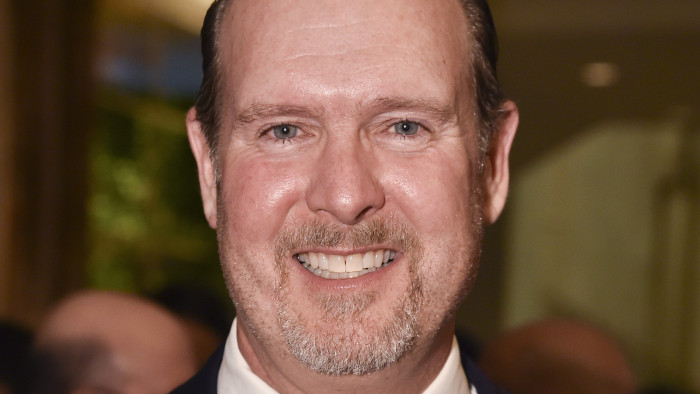 A keynote speaker at Hong Kong’s FilMart this week, Jim Packer, Lionsgate’s president of worldwide TV and digital distribution, shares plans to support Starz’ international expansion. And he recounts his experience of watching Netflix change up through the gears.

Back in 2012, when Lionsgate was still casting “Orange is the New Black,” Jim Packer, Lionsgate’s president worldwide TV and digital distribution, described the show’s buyer Netflix as “a great new digital partner.” Seven years later, Netflix is the platform everyone wants to work for and everyone else wants to beat.

“Netflix is no longer new, but they remain a trusted partner. They have such a huge appetite. And they are very easy to do business with,” said Packer. “But they have disrupted a lot of business models.”

“I did licensing deals with them when I was at MGM. They initially said we just want to buy your back catalog. Stuff that you can’t really sell. It was an interesting way to go around Hollywood. They license a lot of content. Then they immediately started morphing and realized what they did need. They bought newer movies, then new TV shows, such as ‘OITNB,’ which was one of their first new productions. They adapted as they learned how people used their product.”

Packer said the companies that have entered the business in recent years have helped accelerate the pace of change. “At Disney, losing movies to basic cable was a process that took several years. Now change happens in one season, or with one deal.” Packer said he is watching carefully as Netflix increases its focus on local markets.

He is also watching carefully for what Disney does with its anticipated launch of streaming platform Disney Plus. He predicted that Disney too will learn and adapt. “I’m hearing that they are creating more of their own product. I don’t underestimate Disney on any kind of endeavor. That brand will travel. [Disney topper] Bob Iger said that (Disney’s) entire catalog is going to be available on Disney Plus, and I remember one of my children saying ‘Dad, how do we not get that.’ It is a compelling offering.

“We are really expanding the Starz brand internationally. They are leading the charge with the Starz Originals and the Starz brand, and are using a lot of the Lionsgate catalog. 15,000-17,000 titles is a great launchpad when you are trying to figure out a product offering. It is a premium channel brand that has not been in international territories,” he said. “We’ll go where the opportunities are, but you’ll see it everywhere over time. In the U.K. we are using the Amazon channel, another trusted partner, and on Virgin. In Germany we are on Amazon.”

Packer avoided identifying the companies he considers direct competitors among pay-channels and nimble regional streaming upstarts. He preferred to focus on the content. “We are competing against high quality, significant budget, premium TV shows,” Packer said. “The quality originals we are doing for Starz in the U.S. will increasingly have international appeal… We will market our shows in the way that we market our movies, in a big picture way, with a long lead time. That builds what I call ‘stake IP’.” And he said the focus will be tighter than at Netflix. “It is hard to market 100 shows per year.”

Liongate has announced a growing emphasis in India, with multiple, shifting elements. It currently provides movies to Amazon Prime Video, and a Lionsgate branded block on Sony Liv. But Packer chose not to comment on the prospects of a Starz launch in the already crowded Indian market. “The fact that we opened an office in India, headed by Rohit Jain, is a clear indication that we think India is an important country for us to lead in on.”