The mother of all vacations! Teen Mom OG stars Farrah Abraham and Amber Portwood are ready to stir the pot in Us Weekly’s exclusive look at the Teen Mom: Family Reunion series.

‘Teen Mom OG’ Stars: Where Are They Now?

“Hey, everyone, it’s Farrah again. That’s right, I’m back,” the Nebraska native, 30, says in the new trailer for the upcoming spinoff, before poking fun at news stories that claim she’s only on the show to bring drama.

She plays coy about what fans can expect on the show, saying, “Drama? Me? I have no idea what they’re talking about. Get your popcorn ready. This is going to be a wild one,” before introducing the teaser video. 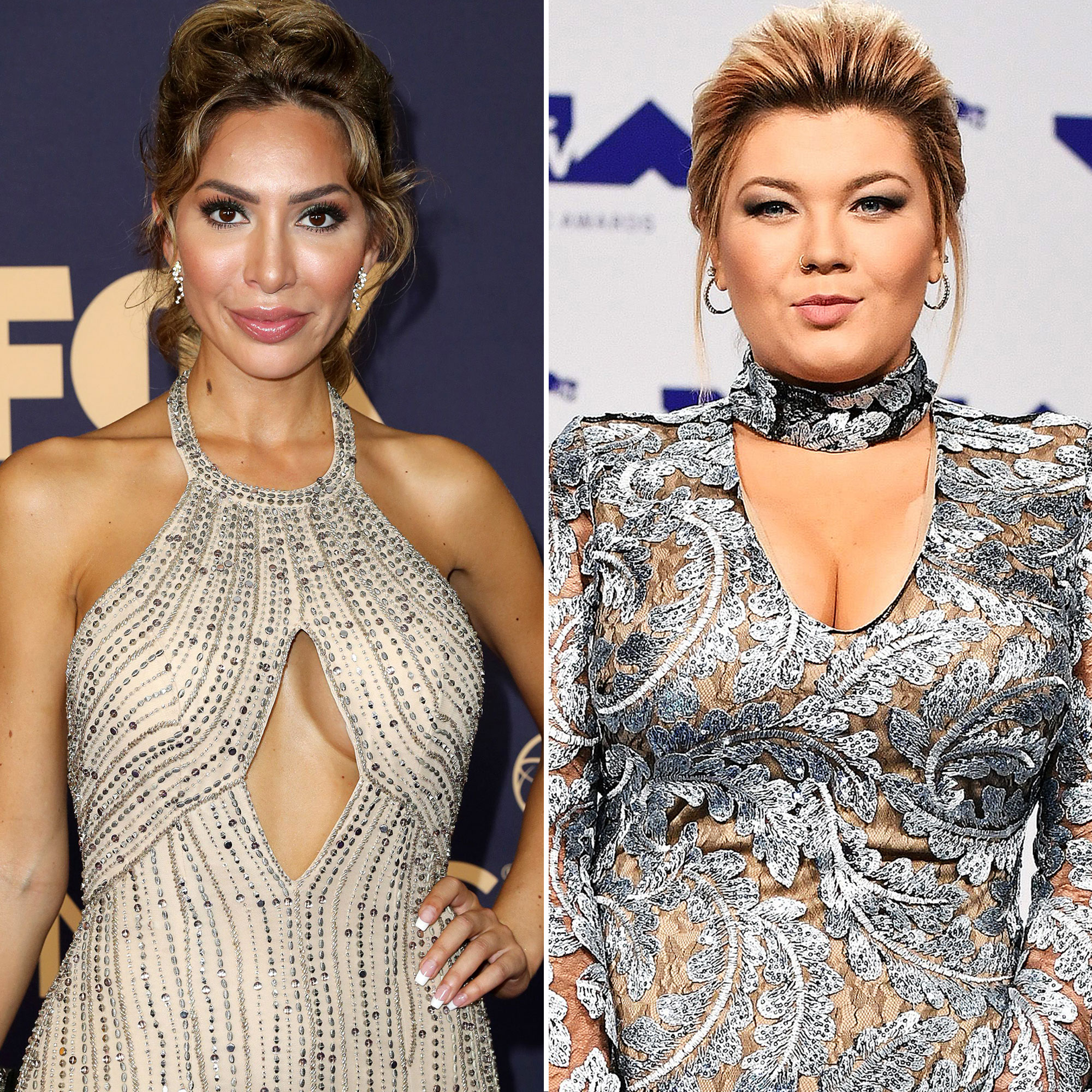 Farrah starred alongside Amber, 31, and Maci Bookout — as well as Catelynn Baltierra, who is not on the spinoff show — on the original MTV series, which premiered in December 2009. She will reunite with Amber, Maci, 30, and some of the stars of Teen Mom 2 for the ultimate reality TV getaway.

“Teen Mom has always been a family, so we decided to get everyone together for the first time ever.” Maci says in the trailer.

How Much Reality Stars Get Paid for ‘Bachelor,’ ‘The Challenge’ and More

As Amber drives to the house with her ex Gary Shirley he asks her whether she plans to “pop off” on anyone in the group, to which Amber replies, “Anybody who’s an asshole!”

The Indiana native is later seen coming after one of the ladies, screaming, “I’m the beginning of this mother—king franchise.”

Farrah’s arrival, however, appears to be the most controversial with Ashley, 24, telling cameras, “Who the f—k invited Farrah?” Farrah, who was fired by MTV in October 2017 after a confrontation with executive producer Morgan J. Freeman over her adult entertainment career, is later seen sparring with Cheyenne, 29. 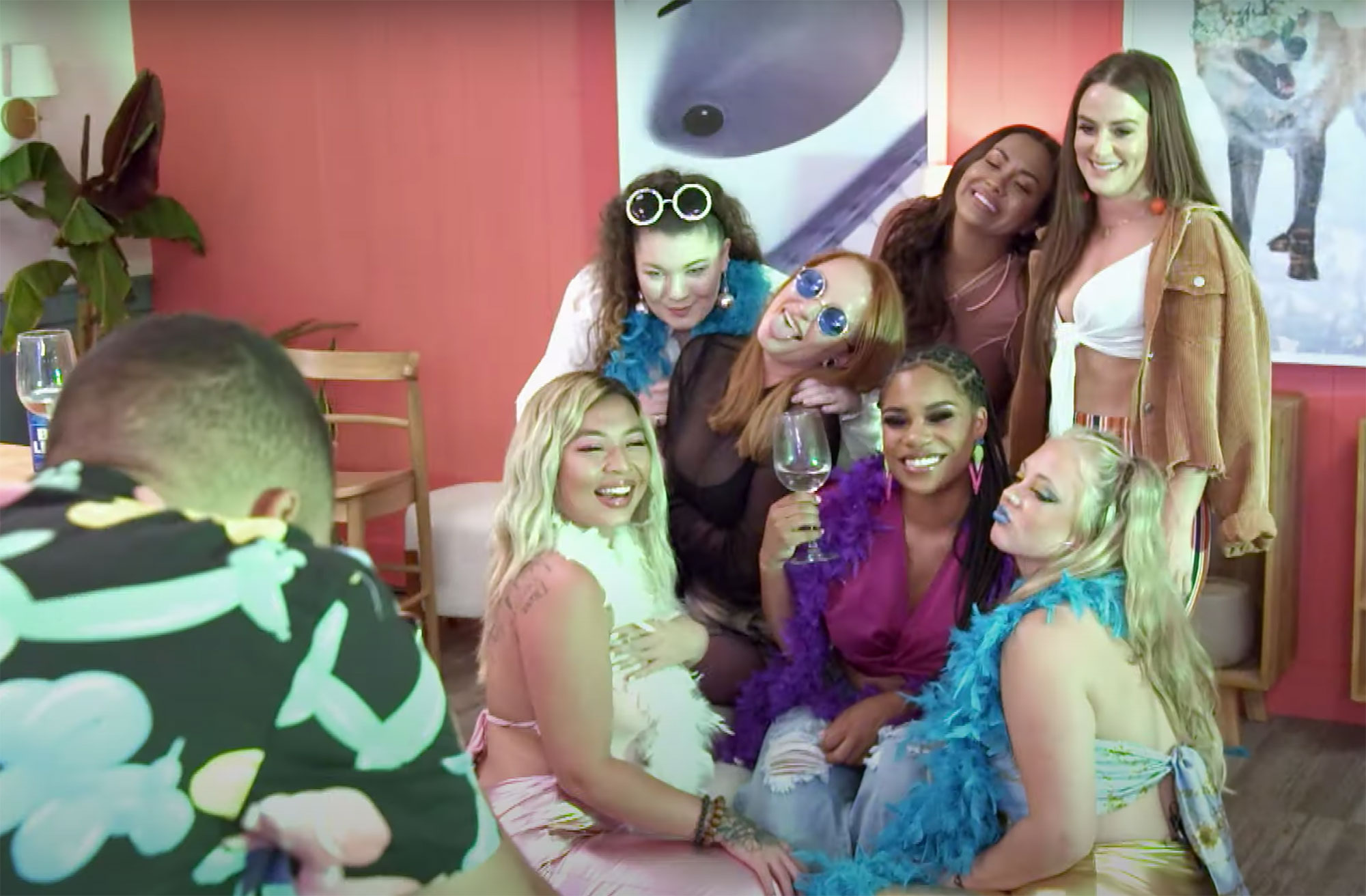 Fans then get a glimpse at some of the more lighthearted moments between the castmates, including wake boarding, golfing and drinking competitions. The group, which also includes some of the moms’ significant others, play a NSFW game of “Never Have I Ever” before calling in a life coach for some guidance.

During the therapy session, Maci declares, “I’m a good mom,” which prompts the life coach to ask if anyone can relate? All the women stand up, expect for Amber, who has had many ups and downs with her 12-year-old daughter, Leah, over the years.

Briana, 27, seems to have a breakdown of her own after chatting with the girls. “I just want my kids to have their dads, because I don’t have mine and I know what it feels like,” she says as tears stream down her face.

Moments of extreme fear — Ashley has a panic attack while ziplining — and overwhelming excitement are also teased in the clip. The good moments, however, may be overshadowed by the bad, with Briana appearing to collapse during the trip warranting medical assistance.

Earlier this month, Farrah hinted that things got heated on multiple occasions while filming the reunion.

“I just warn others to keep their hands to themselves,” Farrah told TMZ on Sunday, December 5. “Do not sneak attack a woman, and do not gang up on a woman, because I don’t handle that too well, so that’s kind of what happened to me.”

She claimed that there was physical drama between some stars, adding, “I think people should not physically attack you, especially after COVID and every other thing going on in the real world of news. Don’t touch people.”

Watch the Us Weekly’s exclusive trailer for Teen Mom: Family Reunion above.