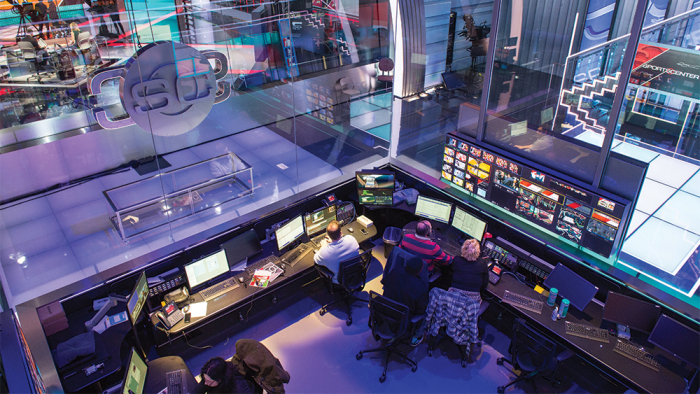 ESPN has shed about 2 million domestic subscribers over the past 12 months, according to Disney’s newly released annual report.

ESPN’s total U.S. subscriber base stands at about 86 million, per Disney’s report for its 2018 fiscal year, which ended in September. That sub number compares to 88 million as reported in Disney’s fiscal 2017 report.

Disney Channel has also seen its subscribers ebb to 89 million, down from 92 million in fiscal 2017. Freeform fell by 2 million to the 90 million mark. Disney Junior (69 million) and Disney XD (71 million) both lost 3 million subs.

The numbers, attributed to Nielsen Media Research estimates, indicate that the growth of virtual MVPDs such as YouTube Live and Hulu’s package, are still not enough to offset a net decline in the subscribers from the traditional pay-TV world.

Disney is hardly alone among media giants in feeling the effects of cord-cutting — all of cable TV’s major players have been pinched to some degree by traditional MVPD subscriber losses. Disney and ESPN’s fate have long been seen as an important barometer of the pay TV marketplace given their industry-leading status.

Disney earlier this year launched the ESPN Plus streaming service as a means to opening the service up beyond linear cable distribution. Disney said the service has garnered more than 1 million subscribers to date.

Among other tidbits from the 119-page Securities and Exchange Commission filing:

Disney’s worldwide employee base stands at 201,000 as of the end of September.

Disney’s debt level will increase by nearly $20 billion to $40 billion after the completion of its $71.3 billion acquisition of 21st Century Fox. The company said it will use some of the proceeds from the pending sale of Fox’s 22 regional sports networks to pay down that nut. Disney will have interest expense of $2 billion annually.