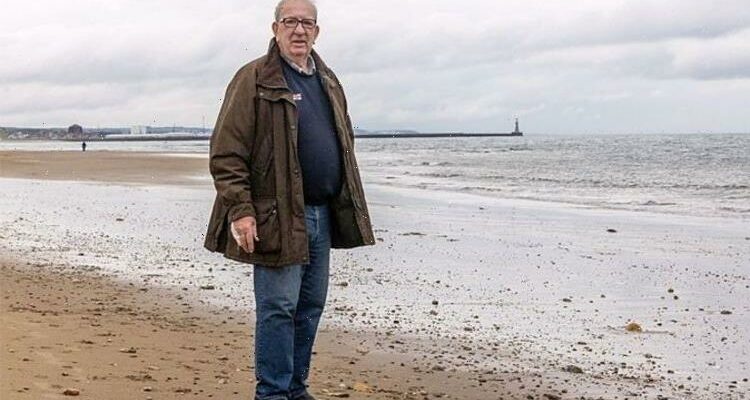 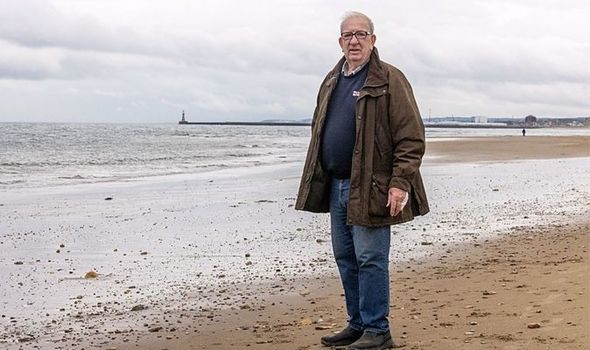 The retired engineer has been complaining about the storm water system on the coast near his home since 1996, particularly citing foul smells and sewage debris coming ashore. He even took the UK to the European Court of Justice – and won his case. But still Northumbrian Water releases sewage into the sea at Whitburn, near Sunderland, despite the ruling in 2012.

“Quite honestly, I am ashamed to be British.

“We’ve got a wonderful beach here, one of the best in the country. The number of people using the beach has been incredible.

“But if there has been a discharge the dirty water will have washed all over the beach at high tide.

“Even if the system has trapped the solids, these people have been sitting there having their picnics on that sand.”

To get the facts about these discharges Robert had to wage a oneman war with the authorities.

Over the years his requests for information have met with stonewalling and downright obstruction.

But in February 2020 he won a court case against the refusals when the First-Tier tribunal meeting in Newcastle-upon-Tyne unanimously ruled in his favour.

Robert expects the sewage problem to get worse because of the growing population.

He said: “They were trying to build lots of housing here. I don’t mind the houses but there’s not the room in the sewage network to cater for it.

“I don’t believe this is a oneoff either because people ring me up from everywhere to say it is going on with them.

“The fault lies with the Environment Agency and Northumbrian Water.

What is happening where you live? Find out by adding your postcode or visit InYourArea

“The Environment Agency doesn’t know what it is doing.

“The water companies know exactly what they are doing,” he claimed.

He added: “There should be an independent specialist Government body charged with monitoring the actions and the discharge data of the private water companies, and policing the permits.”

Emma Howard Boyd, chair of the Environment Agency (EA), said: “Any water companies in breach of their permits are acting illegally.

“Water company boards must certify every year that they have adequate resources to fulfil their regulated activities.

“The EA has begun an immediate investigation of more than 2,000 sewage treatment works and will prosecute where necessary.”

Richard Murray, head of wastewater treatment and bioresources at Northumbrian Water, said: “Over two decades a huge level of investment has gone into improving bathing waters across the North-east.

“In the Sunderland area alone this amounts to many tens of millions of pounds including around £10million in the recent investment which has seen an upgrade to the sewer network and improvements to the Whitburn and Roker area.

“We do not calculate volumes. Discharges have been reduced as a result of our investments, and these happen in line with permits from the Environment Agency. As has been recognised by Defra and the Environment Agency, the network is operating correctly and within the parameters set out by Government.

“The result of our programme of investment is that 33 of our 34 bathing waters in the North-east are rated as ‘Excellent’ or ‘Good’ in the latest Defra classifications.

He added: “At times of heavy rainfall, combined sewer outfalls are used as a relief valve on our network, to protect customers’ homes.

“This happens with consent from the Environment Agency.”