Emily Ratajkowski posts ab-baring pics she says will cause ‘controversy’

The model and “My Body” author showed a little skin while walking her dog in Tribeca Wednesday, wearing a Coperni sheer knit dress ($585) layered atop a lacy black bra and thong.

Ratajkowski, who welcomed son Sylvester with husband Sebastian Bear-McClard in 2021, is no stranger to making headlines with her street style (and social media) looks.

In the past year alone, she’s stepped out in Versace’s $3,000 “mermaid bra,” a hooked-together Cult Gaia crop top and a sexy scarf in place of a shirt. 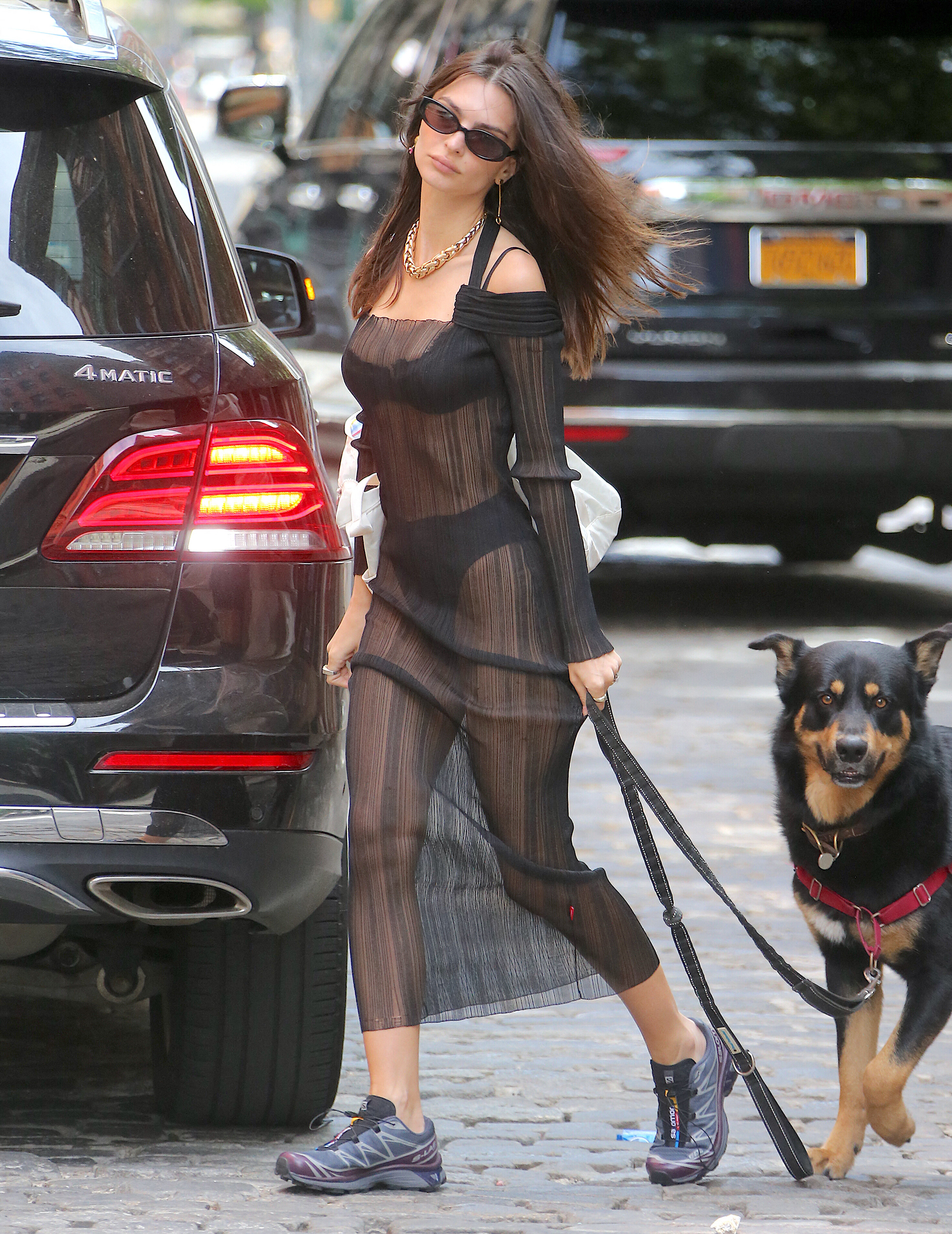 The star, whose own Inamorata label offers swimsuits, lingerie and sweats, is also an expert at styling bikinis for beyond the shore. 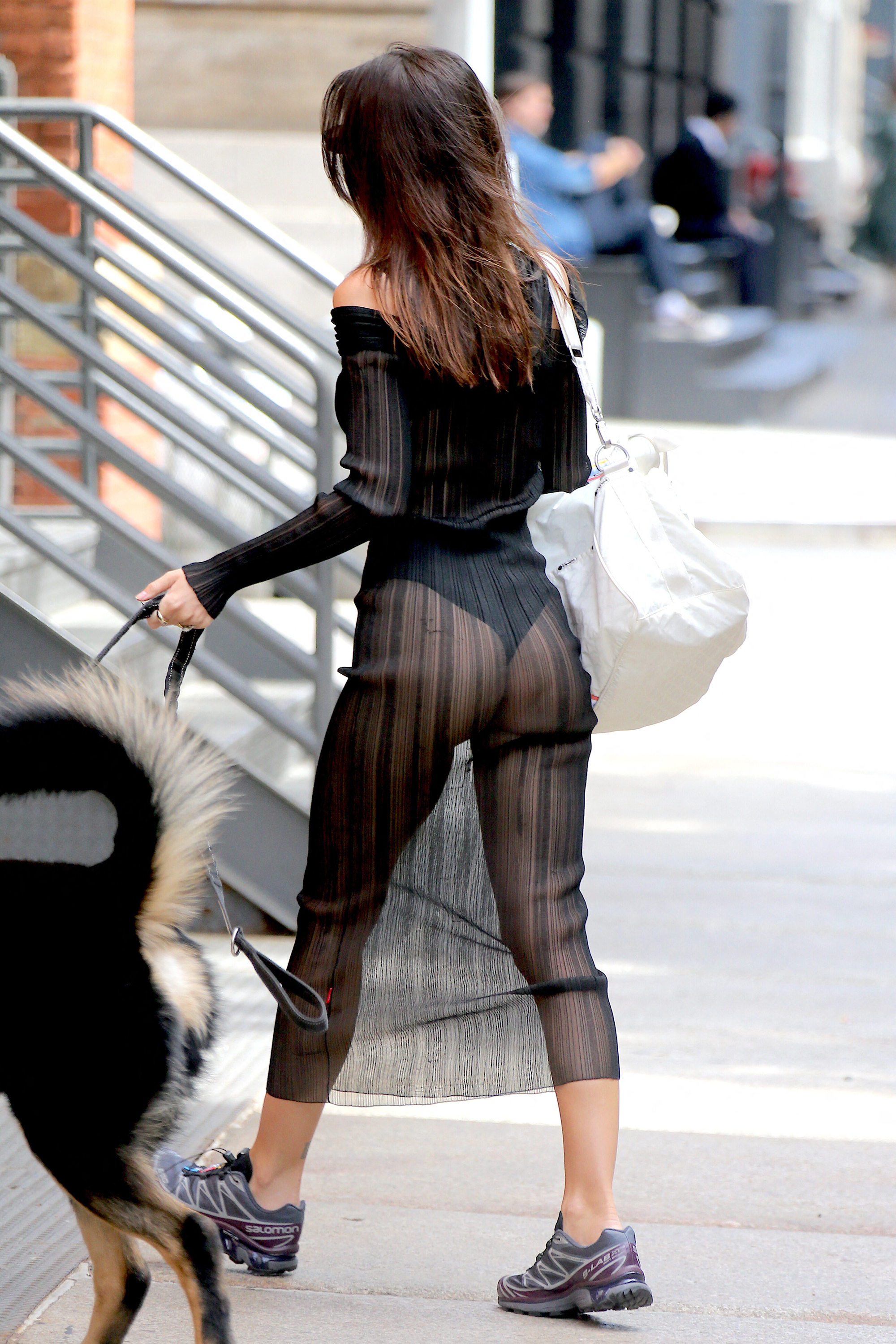 “I think a lot of people really feel that the idea of a woman being sexual or being sexualized is the opposite of feminism,” Ratajkowski told Harper’s Bazaar Arabia back in 2017 of her signature sultry style.

“When I feel like, in some ways, that conversation itself can be oppressive to women, because you’re telling them how to dress and how to act, which is actually the opposite of feminism.” 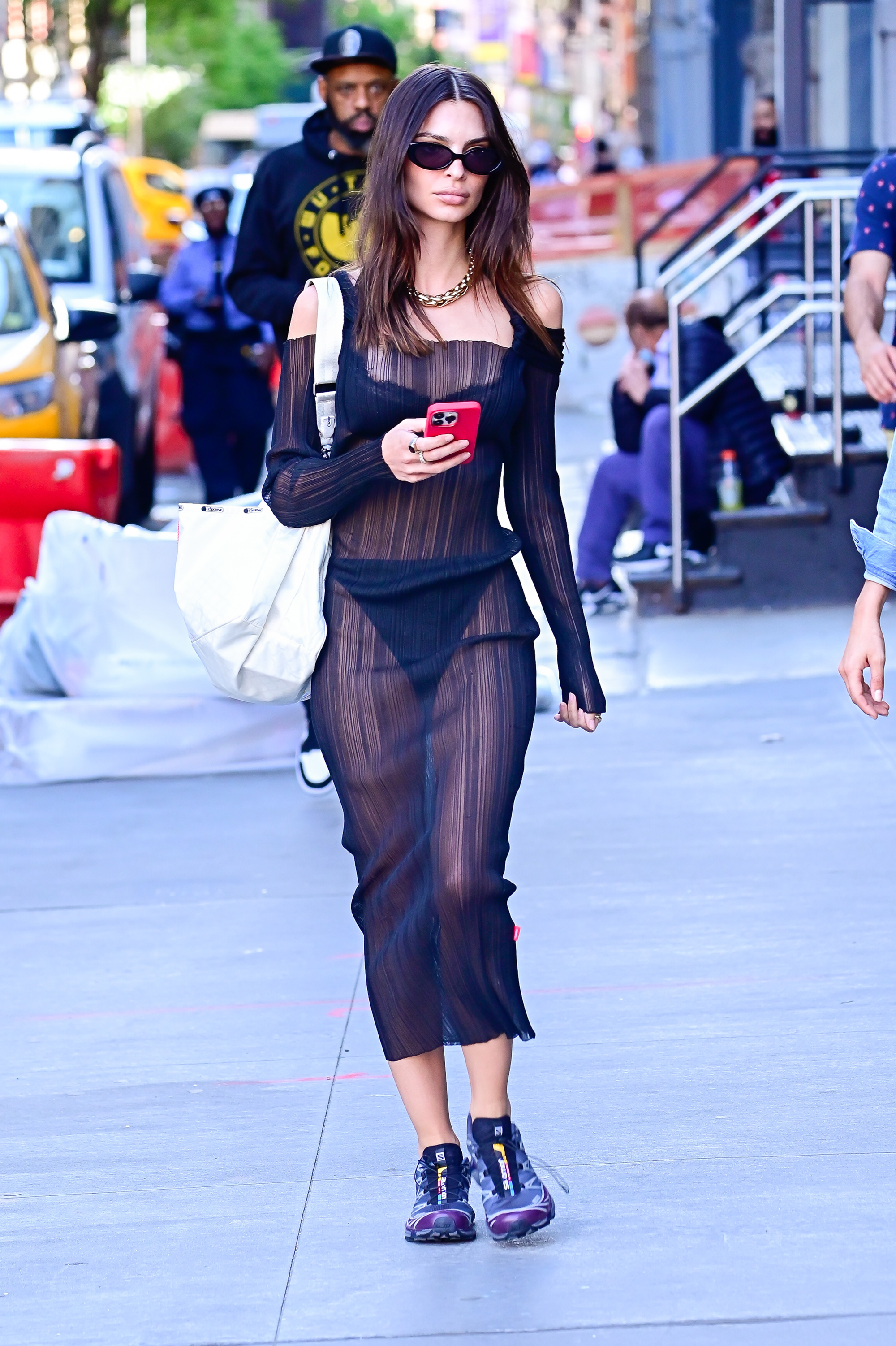