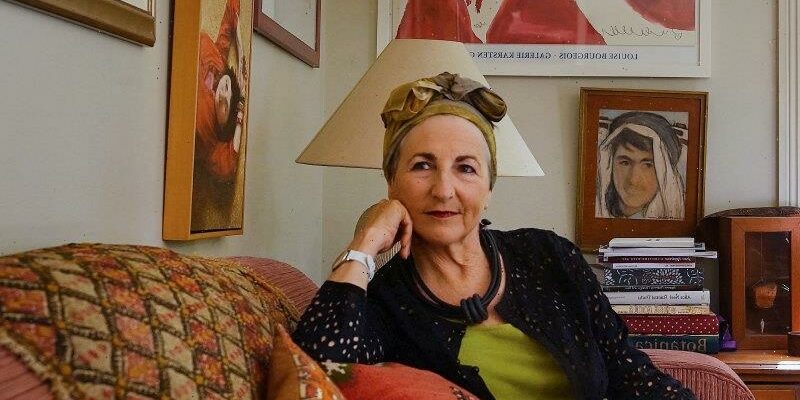 In her new documentary Balmain artist Ella Dreyfus wants “to tell the German people what happened to two little boys who escaped”.

One of those boys who escaped Nazi Germany as war clouds gathered in May 1939 was her father, Richard. The other was his little brother, George. Their parents – Hilde and Alfred – were secular German Jews. 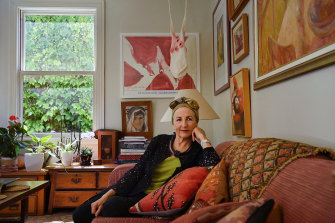 “My aim through this film is to open up a dialogue for subsequent generations to confront their inherited traumas and reclaim our Jewish lives in Germany,” says Dreyfus.

Dreyfus Drei is not about the boys’ arrival in Melbourne or their time in a Jewish orphanage before their parents joined them just as war broke out. Rather it addresses intergenerational trauma and Ella Dreyfus’s long-held dread of Germany.

Making the film, she says she “reclaimed” Berlin’s playgrounds and city farms in the names of her late father and her uncle, 94.

The film was shot on location in Sydney, Melbourne and Germany. It follows the artist to a cemetery and to children’s play areas in Berlin where she spells out the phrases “We are Jews” and “Our Name is Dreyfus” in German in colourful felt lettering. The choice of medium is a reference to Richard and George’s childhood.

“I wanted to return them back to the place they’d come from and make an ephemeral memorial,” Dreyfus said.

Dreyfus Drei begins four months before Hitler invaded Poland. Sensing the coming savagery, many Jews sent their children away from Europe. Most of those families were never reunited.

Berlin’s Dreyfus brothers arrived by “Kindertransport” ship in Melbourne where the Australian Jewish Welfare Society housed them in an orphanage. The boys were lucky – their parents joined them in Australia before the war began.

They grew up and prospered. George, who lives in Melbourne, is an internationally-known composer and musician who proudly embraces his German heritage and has regularly performed in Germany. His son Jonathan lives there.

Richard, who died in 1998, was a successful Sydney stockbroker who brought up his family in the Jewish faith. He was an influential member of the Jewish community, helping found Masada College in St Ives and becoming president of the North Shore Synagogue.

Unlike George, Richard refused to speak of his childhood in Germany. When asked, he would simply leave the room.

“He was really a kind, caring, hardworking man, but he also was prone to dark moods,” his daughter says. “It was almost like this black cloud hanging over our family. It left a gaping hole. It made me feel like I never wanted to go to Germany.”

And it was only after reading one of George’s books that Dreyfus learned her great grandparents – Richard’s grandparents – had been murdered in Nazi concentration camps.

Dreyfus is an academic at Darlinghurst’s National Art School. In 2009, she confronted her fears and spent five days in Germany and in 2017 returned for a two-month artist’s residency.

Last year, realising the time to document her uncle George’s memories was finite, she decided to make a documentary contrasting her feelings about Germany with those of the two people in her family who had most embraced that country – George, and his 34-year-old son by his second marriage, Jonathan, a musician who lives in Berlin. They are the Dreyfus “three” of the title.

Tickets to the premiere of Dreyfus Drei are $8 and can be bought at https://theater-im-delphi.de/en/programm/?prod=118 The event goes live at 5am tomorrow (Saturday) Sydney time to coincide with the Berlin screening. Later risers can stream it on demand for 72 hours.

The film will be shown at the Goethe Institute in Sydney on December 2 and the Sydney Jewish Museum on December 5. Dreyfus will speak at both events.

TV, movies, Find out the next TV, streaming series and movies to add to your must-sees. Get The Watchlist delivered every Thursday.