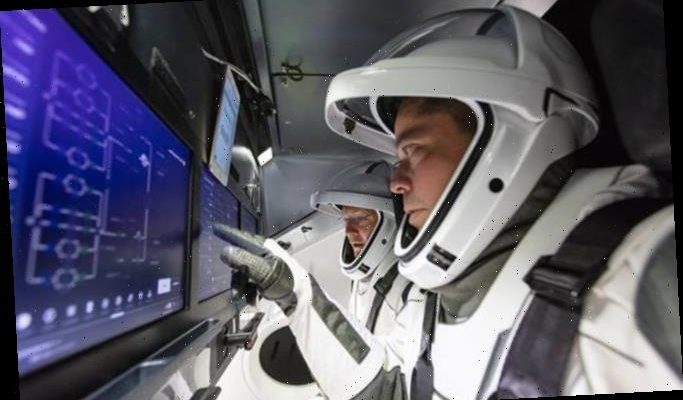 EXCLUSIVE: America will usher in a new era of space flight next week, and Discovery and Science Channel are offering a front-row seat. The sibling nets will share live coverage of the May 27 launch of SpaceX’s Falcon 9 rocket and Crew Dragon Capsule that will send astronauts into space from the U.S. for the first time since the Space Shuttle was retired in 2011.

Space Launch Live: America Returns to Space starts at 11 a.m. PT/2 p.m. ET from the Kennedy Space Center in Cape Canaveral. FL. Among the guests lined up for the program are singing star Katy Perry, Mythbusters host Adam Savage and NASA astronaut-turned-YouTuber Mark Rober. A quartet of current and former astronauts and NASA Administrator Jim Bridenstine will offer expert insight for the program, which also will feature an interview with astronaut Chris Cassidy from the International Space Station — where the SpaceX mission is headed.

Watch a promo for the launch above and SpaceX’s animation of its mission below.

“Discovery and Science Channel have spent over a year documenting SpaceX’s race to become the first private company to launch American astronauts into space,” said Scott Lewers, EVP Multiplatform Programming, Factual & Head of Content at Science. “Our live special offers both incredible access for the launch, and expert insight from SpaceX Founder and Chief Engineer Elon Musk and other leading aerospace professionals.”

The sibling cable nets also have set the two-hour documentary NASA & SpaceX: Journey to the Future to air May 25 at 9 p.m. PT/ET. A film crew was granted unprecedented access to NASA and to SpaceX headquarters, giving viewers a rare glimpse inside Launch Control and firsthand accounts from SpaceX founder and chief engineer Elon Musk, Bridentstine and the astronauts flying the mission: Bob Behnken and Doug Hurley.

The documentary reveals the behind-the-scenes action with the teams of SpaceX engineers, NASA employees and scientists as they fulfill the SpaceX mission to “fly, test and fix” their way to the ISS – with the goal of eventually flying to the moon and to Mars.

Chris Jacobs will host the launch special. The live broadcast and documentary are made in partnership with The Washington Post and staff writer Christian Davenport, who gained inside access to key players

“In our two-hour documentary, we show the unbelievable engineering and scientific feats achieved by SpaceX in making such an historic launch happening during these unprecedented times of isolation,” Lewers said,