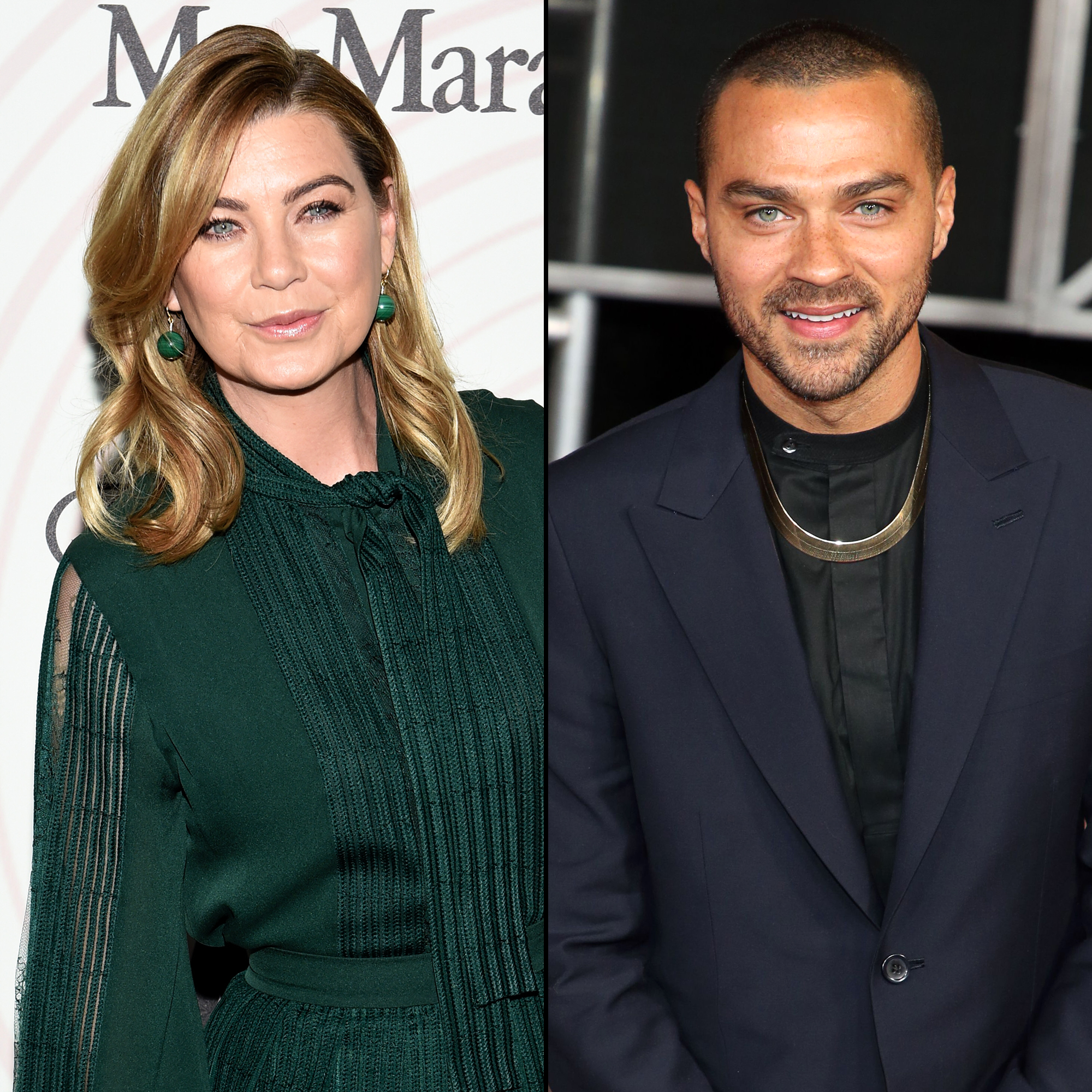 An interesting situation. Ellen Pompeo and Debbie Allen, Grey’s Anatomy mainstays, were eager to support former costar Jesse Williams’ Broadway debut — except they had one concern.

“He’s getting ready to do a show on Broadway called Take Me Out. He has to be naked on stage in that play, and Debbie and I [were] just talking about it [and] going to New York to see him when it opens. I said, ‘I can’t see Jesse naked on stage.’” Pompeo, 52, admitted during the April 13 episode of her “Tell Me” podcast. “I have to go support my friend. And you know Debbie, that’s like her son, right? On our show, he does play her son.”

The 40-year-old Chicago native — who left the long-running medical series in season 17 — initially joined the ABC series in season 6 as Dr. Jackson Avery. The plastic surgeon is notably the son of Dr. Catherine Fox, a renowned surgeon whom Allen, 72, portrays. Williams has since left the show, moving onto the bright lights of Broadway.

Every Star Who’s Left ‘Grey’s Anatomy’: Where Are They Now? 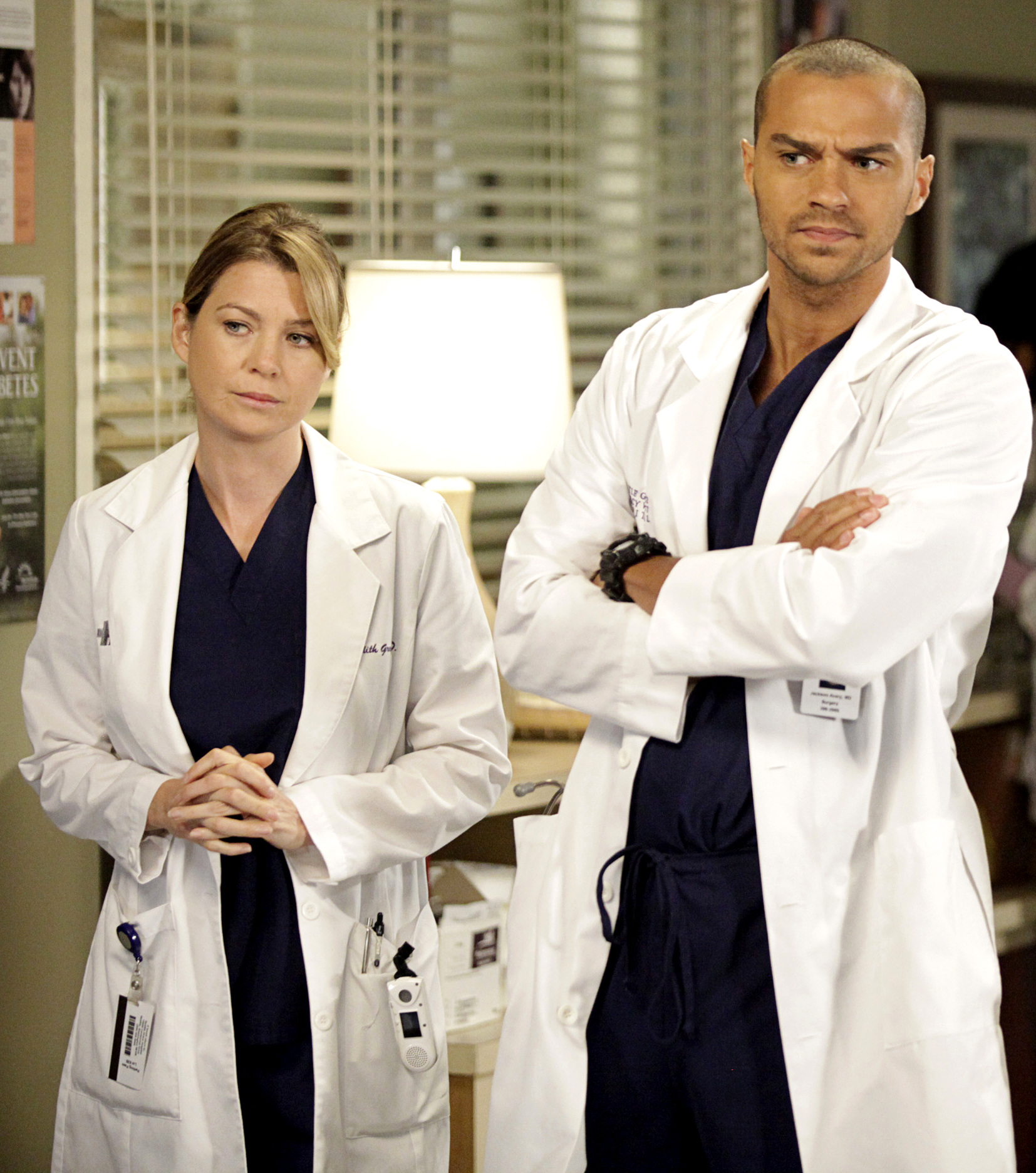 Williams made his Great White Way debut earlier this month, portraying baseball player Darren Lemming in the MLB-inspired play. The production, which was initially staged in 2002 off-Broadway, also stars Patrick J. Adams and Jesse Tyler Ferguson. The show, running through June 11, has pledged to create a safe space for the actors surrounding their nude scenes. Per a description on Second Stage’s website, all patrons’ smartphones will be placed into a sealed case for the duration of the show and unlocked following curtain call.

“I’m not scared, it was fun,” Williams revealed about his Broadway debut during a Tuesday, April 19, appearance on Late Night With Seth Meyers. “Our play is so intense and the language is so dense that as soon as naked people come out, everyone gets quiet. You could hear a pin drop — or something else drop. It gets really quiet every time we come out there.”

The play, which opened at the Helen Hayes Theater on April 4, already counts Williams’ former TV mother as a fan.

“[email protected] is incredible in Take Me Out, his Broadway Debut,” the Fame alum tweeted on April 5. “Took me out! BRAVO! BRAVO! BRAVO! The play is spectacular!”

The Sisterhood of the Traveling Pants 2 actor was initially scheduled to join the production in March 2021 ahead of the coronavirus pandemic.

“I’m really excited,” Williams teased his Broadway gig in June 2021 during an appearance on The Ellen DeGeneres Show. “We started — I was in the third week of rehearsals … when COVID hit, so we had to abandon ship there, but lucky for us, which is incredibly lucky, we get to go back and get another shot at this thing.”

While the play was postponed amid Broadway’s two-year shutdown, he returned to Grey’s Anatomy before his eventual season 17 exit.

“I directly impacted the dialogue, especially the episode a couple of weeks ago with me going to find my dad. I was directly involved in all of that language,” Williams told Entertainment Weekly in May 2021 after his character left Grey Sloan Memorial to run the Fox Foundation in Boston. “I know the character as well as anybody. People come and go — some writers come and go, directors come and go, but I’m that character all day, every day. So it’s just really beautiful for that to be acknowledged, and to feel included. It’s a privilege.”