Happy Endings was only on the air for three seasons, but Elisha Cuthbert is thankful that the sitcom even reached that milestone.

“What I love is that it’s found another home in streaming [on Netflix], which to me is probably where we should have started. I think we would’ve thrived, but I look at that and I go, ‘Three seasons, we did three seasons.’ Some people don’t even get past the pilot,” the actress, 39, exclusively told Us Weekly while promoting her new film The Cellar. “So the fact that we got past the pilot and got to do three years together was just, it was such magic. I got to really hone in on my comedic skills. I got to learn so much from the rest of the cast for that. And then left that show with such a confidence that I can’t even tell you, because I had such a good time. And I went, ‘Oh, maybe I am a little funny.’” 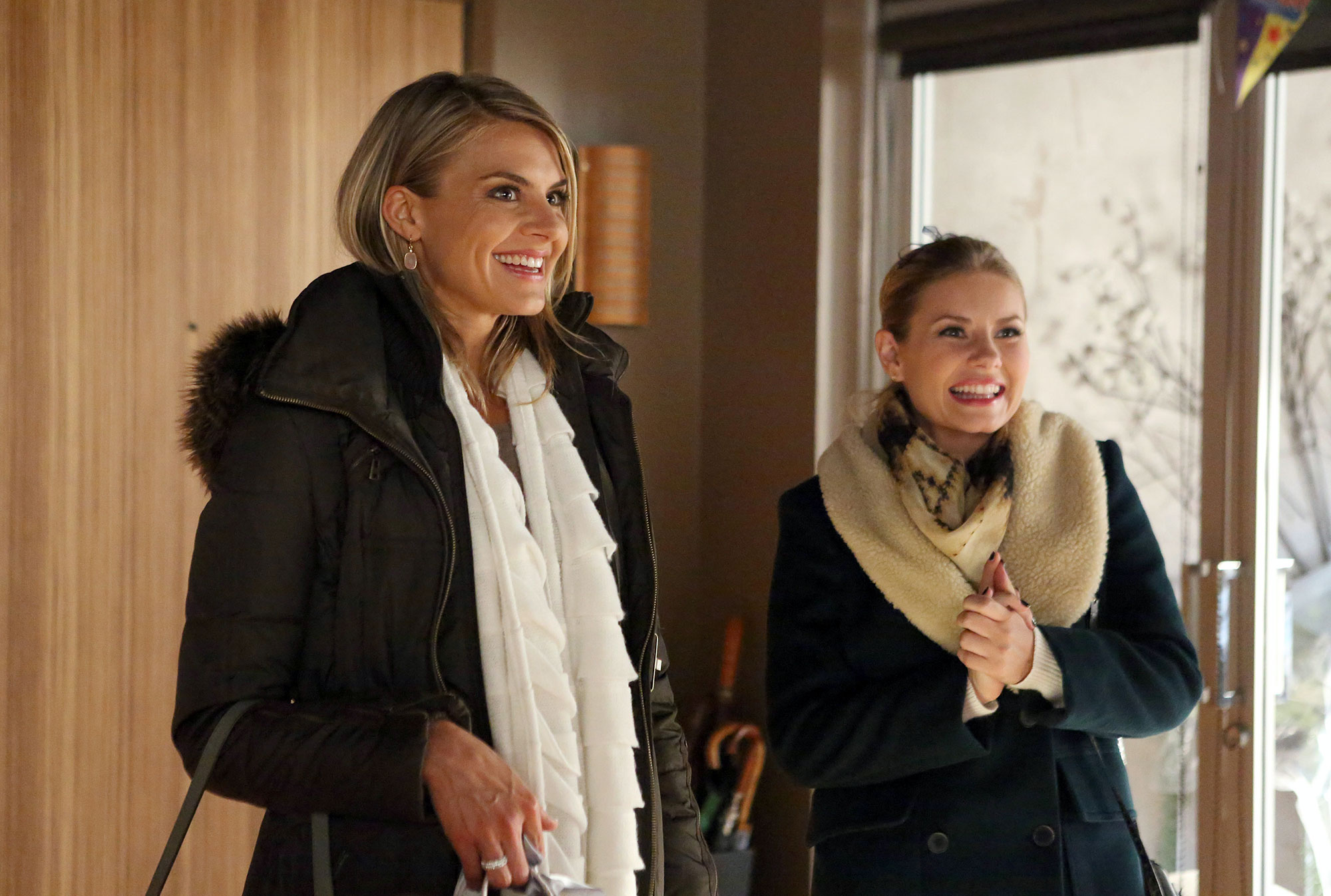 The ABC comedy’s pilot kicked off with Cuthbert’s Alex Kerkovich leaving her fiancé, Dave Rose (Zachary Knighton), at the altar and ultimately having to navigate how to still be cordial alongside the rest of their dysfunctional thirty-something friends in Chicago. Casey Wilson, Adam Pally, Damon Wayans Jr. and Eliza Coupe rounded out the cast.

“My favorite was actually just when we weren’t filming and we were off camera sort of just goofing around. We did a lot of improv. Those moments are so special for me because it really got me to explore past what’s on the page. That was never even an option for me,” Cuthbert explained to Us. “You go from 24, where it’s so scripted and it is so important to stick to story line, and then you get to work with a creator like David Caspe and Jonathan Groff and they give you the license to take the brilliant writing that’s already on the page and go wild with it. It was really just the banter between us crazy, kooky kids that was the best.”

The series was ultimately canceled in May 2013 because of low ratings, but it has continued to have a cult following. Although Cuthbert doesn’t know if Alex and Dave would be together today (“I hate hypotheticals. Leave that to David Caspe. I want to know what his take is on it because I don’t want to sound like a dodo!”), the Ranch star can still laugh over Alex’s Halloween costume in the season 2 episode “Spooky Endings.” In this particular year, a sick yet determined Alex dressed up as Marilyn Monroe for a bash. But because of her raspy voice, a potential suitor and fellow partygoer mistook her for a man. 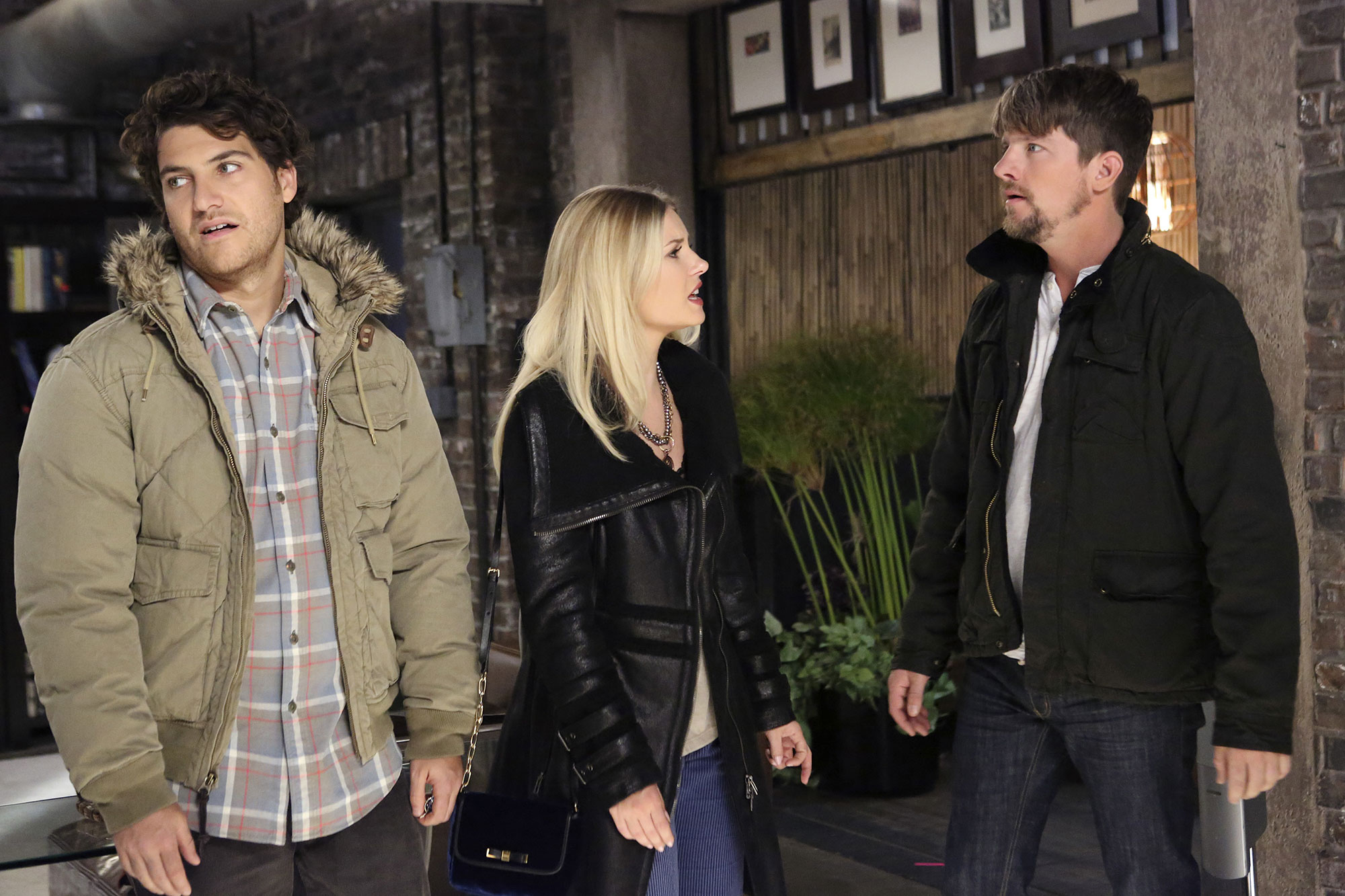 “Fred Savage directed that episode and our Halloween episodes were always over the top. They were always a major event for us,” she recalled. “So Fred and I kind of just went, ‘Am I gonna do the voice real? And then we’re gonna mess with it in post later? Or can you really do a deep raspy voice?’ And I kind of just did what I did. I gave him what I had and he went, ‘No, let’s do that. Let’s just use you rasping away.’”

Cuthbert has bounced from TV to the big screen over the years, now stepping into the role of matriarch in The Cellar, who desperately tries to find her daughter after she mysteriously vanishes in the basement of their new house.

“I think there’s a consistency to TV that feels very comforting that you’re in it for the long haul and in that you get to build and build onto a character, whereas a film can kind of be quick and fast and you can get it done, start to finish, and go back to your life,” she explained. “But you really have to know what you’re tackling when you’re doing the movie as far as character goes. There’s really no room to start going, ‘Hmm. I wonder if she has a long lost sister?’ On TV, you can find out that you have four children the next episode and do a real quick pivot.” 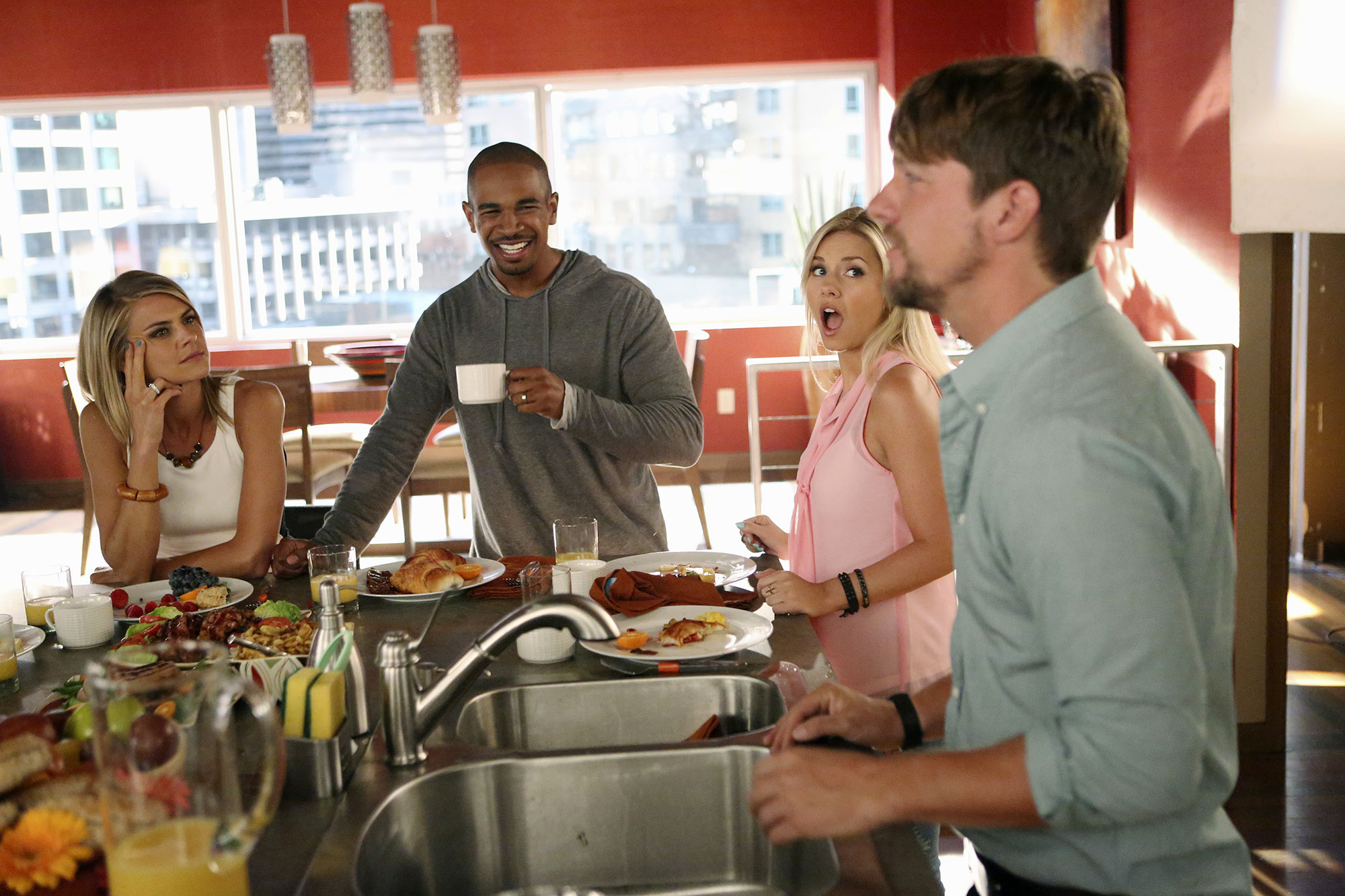 Over time, Cuthbert has specifically gained more confidence in comedy thanks to Happy Endings, which has made her more open-minded about the roles she chooses.

“I think I always go with my gut. You know, what I’m better at doing is getting rid of the fear of not being able to maybe do something. I think a lot of times in my earlier self, my earlier career, I was lucky enough. I was on 24 and working and doing things, but scripts would come in and I’d go, ‘I don’t know if I can do that.’ I think I got in my own way. And now I find when I read things that kind of scare me and think I shouldn’t do it are probably things I should,” she explained to Us. “I remember being sort of asked about doing sitcoms in front of an audience. I went, ‘There’s no way. I’m not comedic enough. I can’t do that. I can’t perform in front of — I’m not a theater actress.’ And then cut to many years later on The Ranch in front of a live studio audience doing comedy every night. I mean, every week. It was one of the best experiences of my career. So I’m really finding ways to go, don’t get in front of yourself and block yourself from trying things that scare you because really there’s some magic there.”