Is another Dancing With the Stars romance brewing backstage? Alexis Ren admitted during the Monday, October 29, episode of the ABC series that she is “developing feelings” for her partner Alan Bersten, but a source tells Us Weekly exclusively that the he wants to keep things platonic — for now.

“Alexis’ feelings for Alan are real! She adores him,” the source tells Us. “Right now Alan is flattered, but wants to keep it professional while they are still competing on the show.” 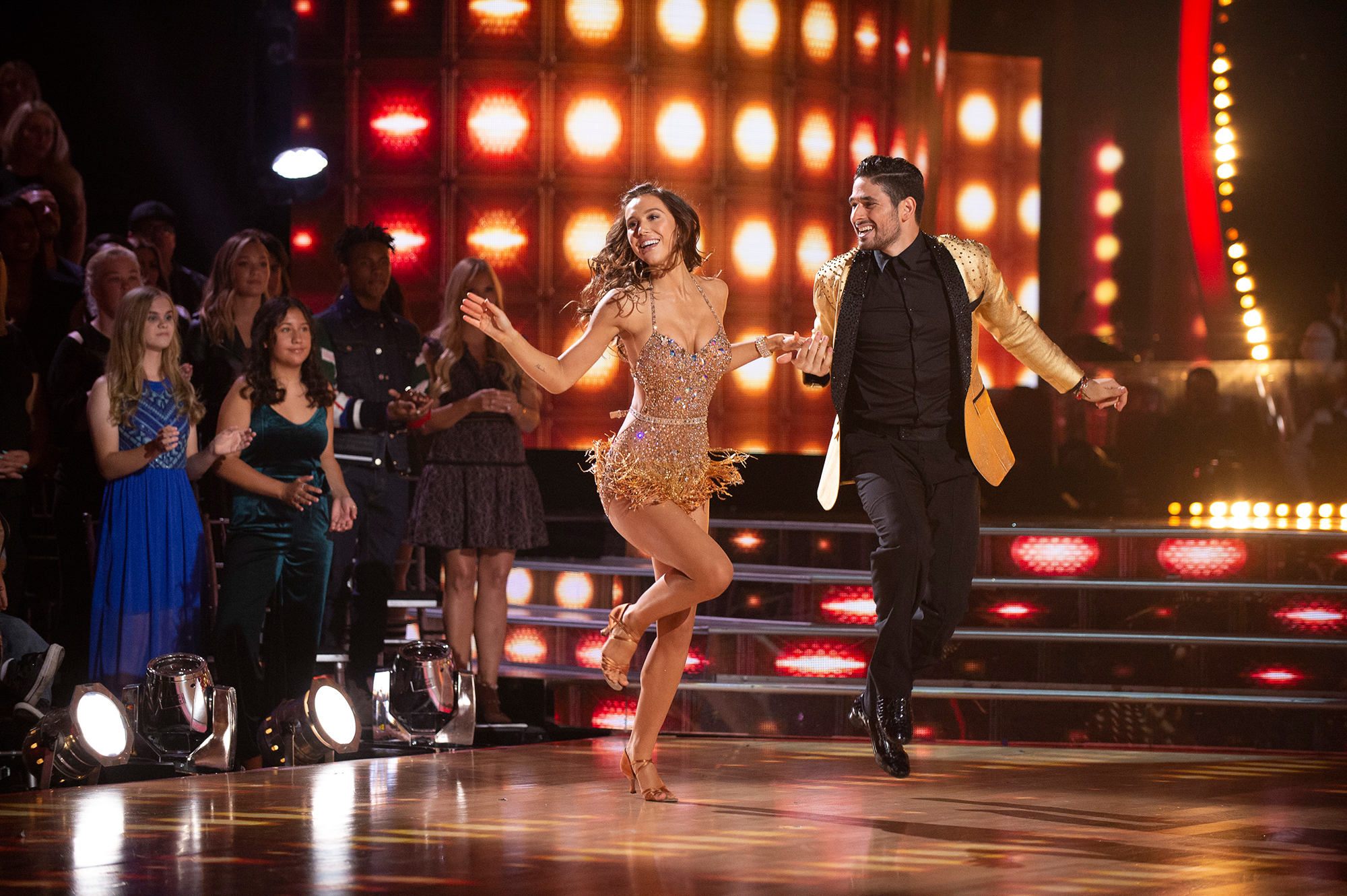 Ren, 21, and Bersten, 24, survived the fifth elimination of the season on Monday night. The source tells Us that the professional dancer is “open to seeing what’s next” for the pair after the show ends.

“He thinks she’s super sweet and beautiful,” the source notes.

The Sports Illustrated Swimsuit model, who was most recently linked to yoga practitioner Sky Bear, first admitted she was starting to fall for Bersten during a video package that aired on Monday’s episode of the dancing competition.

“Alan, he’s awesome. He’s super outgoing. He’s definitely been a really good reflection for me to not take myself so seriously,” she gushed. “It’s so much fun to dance with someone that you have a connection with. It’s almost like time slows down. We communicate not just through our steps and our movements, but with our hearts too.”

The influencer then admitted: “I am developing feelings for Alan. … And I didn’t see this one coming. But it happened really quickly though, so I think I’m still trying to process it.”

During rehearsal for their Halloween-themed jazz routine, Ren opened up to her partner about their “chemistry.”

“Sitting next to Alexis on the couch and her telling me how she feels, my emotions were all over the place,” Bersten admitted. “You know, it was a lot to take in.”

“Alexis’ smile lights up the room,” he added. “You know, she’s funny, she’s kind, she has a huge heart. I want to be 100 percent certain before I tell her how I’m feeling. I have a lot to think about.”

When asked by host Erin Andrews about a potential romance between the duo, Bersten played coy, telling the sportscaster, “only time will tell.”

Dancing With the Stars airs on ABC Mondays at 8 p.m. ET.