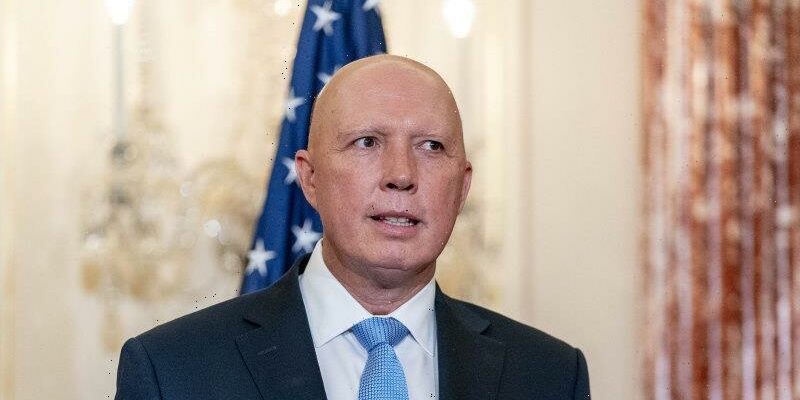 As Defence Minister, Peter Dutton is a busy man. There’s the tearing up of a $90 billion contract with France and replacing it with a plan to build nuclear submarines with the US and UK. There’s the challenge from an emboldened China and of maintaining relations with Indonesia.

So when Mr Dutton intervened to overrule the military’s top brass and ban Defence staff from attending morning teas in support of their LGBTQI colleagues, many were left perplexed. 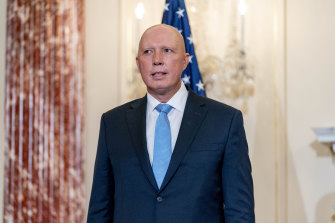 Surely such pettiness should be beneath an industrious government minister, especially one considered to be an aspiring future Liberal Party leader. Mr Dutton should have more important issues on his mind.

The Age revealed in May that the Defence Minister had ordered his department and serving military personnel to stop events with “particular clothes in celebration” after Defence held morning teas where staff wore rainbow clothing to mark IDAHOBIT, the unfortunate acronym for the International Day Against Homophobia, Biphobia, Intersexism and Transphobia. Defence’s leadership had earlier sent a note to staff urging them to take part in such workplace gatherings.

Mr Dutton told Defence Force Chief Angus Campbell and departmental secretary Greg Moriarty to issue a note ending such events, saying he would never tolerate discrimination but would not pursue a “woke agenda” either.

The minister would know that members of the LGBTQI community were once unwelcome in the military. Until 1992, they could be thrown out of the service if they were discovered. In The Age’s view, an annual gathering for a cup of tea and piece of cake to celebrate that those days are behind us seems innocuous. It’s just a gesture, but it’s a harmless and perhaps even a helpful one. To call it “woke” is to turn a cup of tea into another tiresome strand in the culture wars.

Internal emails, obtained by The Age under freedom-of-information laws, reveal some Defence officials were offended by their minister’s order and concerned it could damage morale. The emails show officials told their superiors they were left distressed and mystified, with one staff member saying it had cemented their decision to quit.

Another described Mr Dutton’s intervention as tone deaf. The same employee wrote that Defence could have the “odd morning tea or gathering to celebrate or bring light” to a number of causes without jeopardising the “mission to protect Australia’s national security interests”.

“I would ask for some clarification that if we are to cease these events, will the same occur for International Women’s Day, Anzac Day or Remembrance Day and Harmony Day?” This is a reasonable question.

After a formal complaint from the Community and Public Sector Union, General Campbell and Mr Moriarty responded that Defence was an “inclusive organisation that does not tolerate discrimination”.

“Defence’s primary mission is to defend Australia and its national interests. Having a diverse workforce that is supported by an inclusive culture is critical to achieving this mission,” read their letter, seen by The Age.

As minister, Mr Dutton should be immersed in making the significant decisions that guide our nation’s defence future, not charging zealously into water cooler wars.