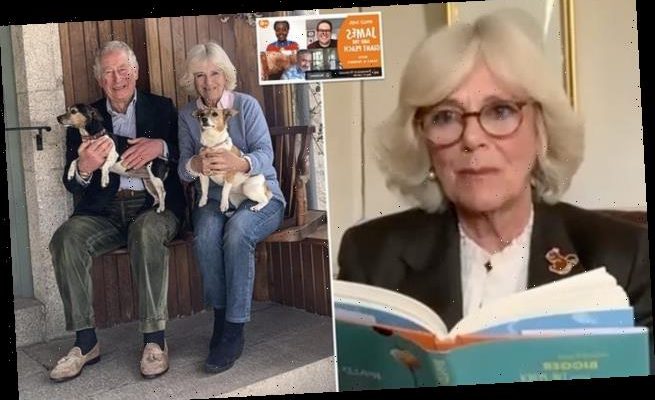 Ahoy ma’am! Duchess of Cornwall takes on the role of ship’s captain as she joins A-listers including Lupita Nyong’o and Josh Gad to read Roald Dahl’s James and the Giant Peach

The Duchess of Cornwall has joined a host of glittering A-list stars including Lupita Nyong’o and Josh Gad for a virtual reading of Roald Dahl’s James and the Giant Peach.

Camilla, 72, took on the role of ship’s captain as she joined Taika Waititi in the sixth episode of the star-studded YouTube series James and the Giant Peach, with Taika and Friends.

The royal, who filmed her small speaking part from her Aberdeenshire home of Birkhall where she is currently isolating with Prince Charles, 71, admitted she was nervous before speaking, saying: ‘I’m thrilled to do it, not that I’m much of an actor.’

But she went on to begin reading, enthusiastically saying: ‘Holy cats! Send a message to the Queen at once! The country must be warned!’ 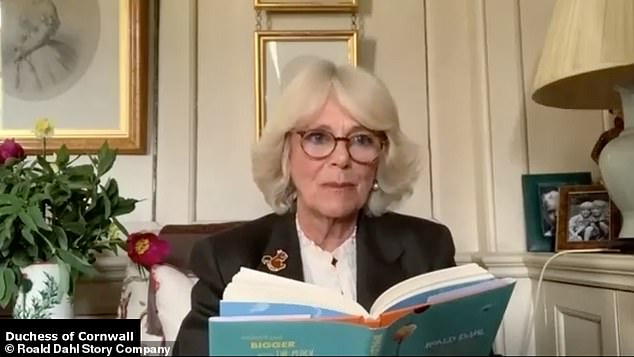 The Duchess of Cornwall, 72, joined a star-studded reading of James and the Giant Peach from her Aberdeenshire home of Birkhall 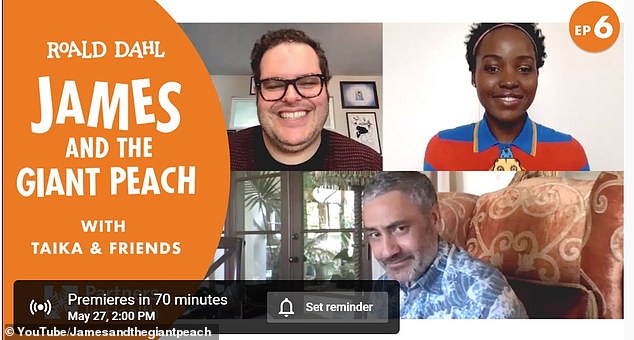 The Duchess plays the surprised Ship’s Captain who spots a Giant Peach fly by, in episode six of the Roald Dahl Story Company’s star-studded retelling of James and the Giant Peach, for children and parents in lockdown all over the world

This campaign forms part of an initiative by The Roald Dahl Story Company to support charities impacted by Covid-19 including Partners in Health and Roald Dahl’s Marvellous Children’s charity.

The Duchess’s support follows her ongoing work supporting children’s literacy, and her long-standing involvement with Roald Dahl’s charitable endeavours through her role as Patron of Roald Dahl’s Marvellous Children’s Charity.

Other stars included in the episode were 12 Years a Slave actress Lupita, as well as Frozen star Josh Gad. 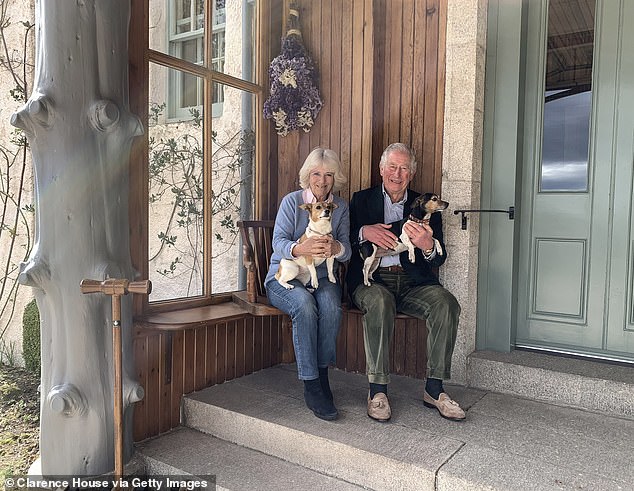 Some of the biggest names in Hollywood have already taken part including Meryl Streep, Ryan Reynolds and Benedict Cumberbatch.

The Duchess is lending her time to the campaign in order to support charities currently impacted by Covid-19.

The YouTube series aims to raise money for Partners In Health, a medical and social justice organization fighting COVID-19 and supporting public health systems in some of the most vulnerable communities around the world.

As audiences tune in they are invited to donate if they can to Partners In Health.

The Roald Dahl Story Company has committed to matching $1 million of donations, with other donors lined up for matching beyond this milestone.

Further surprise readers for James and the Giant Peach, with Taika and Friends will be announced in due course.

Her Royal Highness The Duchess of Cornwall said: ‘I hope this campaign will raise vital funds to support those most in need at this very challenging time – as well as helping families and children currently in lockdown to find a moment of comfort through the joy of reading.’

Luke Kelly, Managing Director of The Roald Dahl Story Company said: ‘Our goal is to bring joy and escapism to children and families at this very tough time – but also to raise vital funds for Partners in Health who are working on the front line in the fight against Covid-19.

‘The participation of Her Royal Highness is a very special moment in this campaign and we feel so privileged to have her involvement – we know parents and children in lockdown all over the world are going to love this episode and we look forward to revealing further surprises in due course.’ 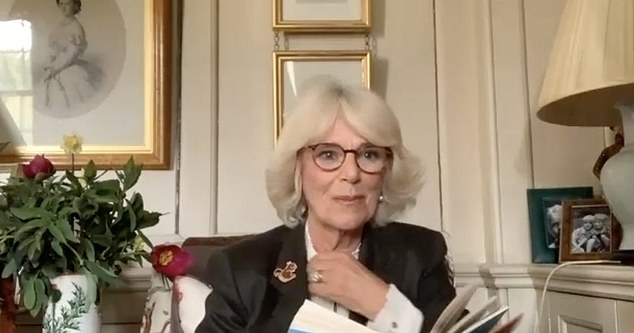 The Duchess said she was ‘thrilled’ to be invited to take part in the reading, reading the part of a ship’s captain in James and the Giant Peach 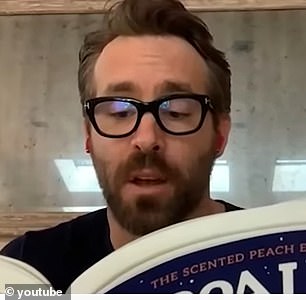 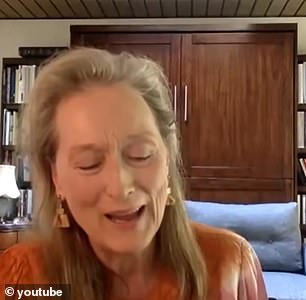 The Duchess joined the star-studded YouTube series, which has seen stars including Ryan Reynolds (left) and Meryl Streep (right) reading aloud from the Roald Dahl story