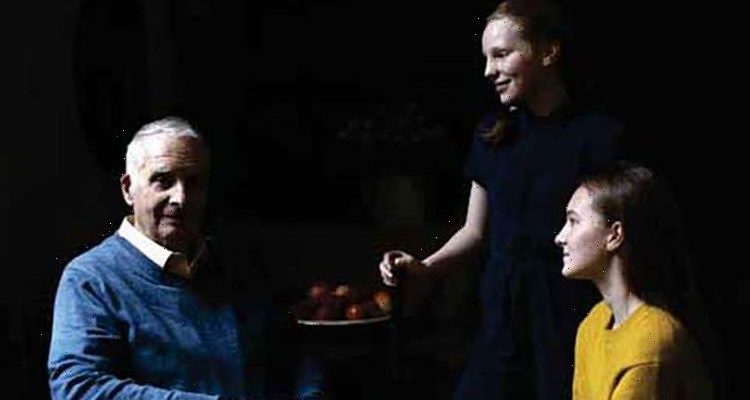 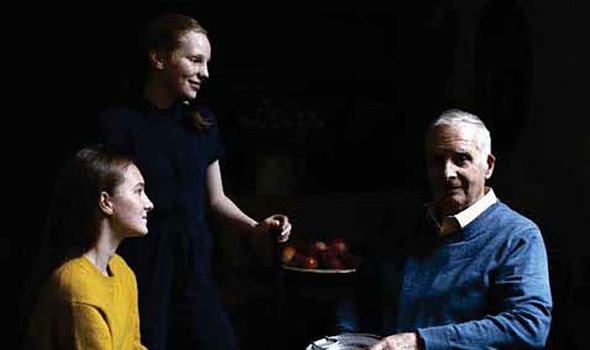 As a result of the so-called Second Vienna Award, the region’s new Hungarian rulers quickly passed laws which sanctioned the rounding up of Jews like Ivor, his brother Leo, and their parents and three sisters, on behalf of the Nazis. Even at the age of 90, Ivor struggles to talk about the subsequent events, and this is the first time he has felt strong enough to publicly relive the scenes of terror that unfolded as the family arrived in the Auschwitz-Birkenau death camp in Poland.

But he is determined to tell his story to help publicise a unique photographic exhibition of more than 50 Holocaust survivors ‑ including images taken by the Duchess of Cambridge ‑ that opens at the Imperial War Museum in London tomorrow.

He was photographed for the Generations exhibition with grandchildren Nadav, Daniella and Adiel as a symbol of hope for future generations.

Another poignant image shows Leo holding the British ID card he had been issued when he flew into RAF Stoney Cross in Hampshire.It gives his last known address as Belsen.

“There were thousands and thousands of people there, it was bigger than any football crowd,” he recalls of his arrival at Auschwitz.

“They separated women, children, young men, old men and made rows. The guards had Alsatian dogs and sticks and kept shouting.

That terrible fate befell Ivor’s mother, Elka, and the baby she was carrying in her arms, Reitzeleh. Incredibly, Ivor’s two other sisters, Sari and Freda, would survive the war. Ivor, his father Solomon and brother Leo, 14, were selected for work.

“We were taken off to be given numbers on our arms,” he says, rolling up his sleeve to show the faded tattoo.

“I was A3388, my father was A3389 and my brother was A3390, all consecutive numbers. In the camp you had no name, just a number. We were sent to a [labour] camp outside Auschwitz with about 1,200 workers. Leo was sent to a coal mine, my father worked on a railway line and I was sent to deliver bricks and cement to bricklayers. Our hair was shaved and we were given striped clothing. Every morning, we got the bus through a town where thousands of ordinary people lived. If 200 people went out 200 had to come back ‑ dead or alive.

“We were all counted all the time but nobody could escape. It was impossible.”

Back at the camp, Ivor also had to clean the SS barracks ‑ which provided an unlikely source of food and hope.

“While we were cleaning, one of the guards used to throw bread under the table for me. I will never forget this,” he recalls, tears welling. “When we used to get together later my father would say to me, ‘Have you got a piece of bread for me?’

“Can you imagine a father asking his little boy for a piece of bread? This has stayed in my mind all the time.”

Recalling the pitiful scene, Ivor breaks down again then brushes away the tears: “It must have been so difficult for my father.

“He worked hard on the railway lines but one day one of the wheels chopped off his fingers, so he couldn’t work. They loaded him onto a lorry and sent him back to Auschwitz and I never saw him again.”

It is believed Solomon, like his wife and baby daughter, was taken to the gas chambers.

As the tide of war turned and Soviet troops moved into Poland, Ivor and his brother Leo were moved to another camp, Mittelbau-Dora, where slave labourers worked in underground chambers on V2 rockets.

Shortly after, half-starved, weak and sick, the brothers were ordered to march with hundreds of others to Bergen-Belsen camp.

“Some people fell down and would say, ‘Help me get up,’ but you couldn’t. You knew if you helped them, you would fall down with them. If you couldn’t get up, they shot you,” Ivor recalls.

“When we arrived at Bergen-Belsen there were bodies all over the place.

“People were dying of diseases and hunger and all the Germans had gone. The British liberated us, which was a good day but people were too sick to celebrate.”

Both boys were given food and then flown on a military plane to England and placed in a hostel in Southampton with other young refugees. Now safe and secure on British soil, the teenager began to process the indescribable horrors he had endured.

Speaking only Yiddish, Ivor started collecting British newspapers. Today, a yellowing copy of the Daily Express dated April 23, 1945, is especially treasured. A black and white photo shows SS Hauptsturmführer Josef Kramer – dubbed the “Beast of Belsen” – commandant ofAuschwitz- Birkenau and of the Bergen-Belsen concentration camp, being led away by an armed British soldier.

Ivor says: “I could speak Yiddish but not English, but I knew those stories were important and I had to keep them. I have shown them to my children, my grandchildren and great-grandchildren because it is important for them to know what happened.

“The Nazis always wanted to break up families but Leo and I always stayed together and looked after each other. Our bond is very strong.”

After being placed with several Jewish families, the brothers settled in London and became involved in the clothing trade, eventually establishing a business selling bags and clothing.

Ivor’s son, Simon, explains: “The company established by my dad and uncle in 1952 was Phoenix Luggage, highly symbolic given the Phoenix was the mythical bird that rose out of the ashes.”

Their sister Sari survived Auschwitz and was taken to a dispersal camp in Germany after liberation, where she met her husband and married. It was thought to be the first Jewish wedding after liberation.

Sari, who was five years older than Ivor, died a few years ago. Freda moved to Israel after the war and has also passed away. So of the Wieder family from Barsana, only Ivor and Leo survive today.

In post-war London at a Saturday night dance in the West End, Ivor met his wife-to-be Marion. The couple married in 1959 and had two sons, Simon and David. Marion died shortly after they celebrated their golden wedding anniversary in 2009.

He said he wants them all to go to the exhibition to see shots taken by photographer Simon Roberts of him and Leo; and other Holocaust survivors.

Ivor and Leo, who was photographed with his own grandson Mark, live in north London and still meet regularly.

“He saved my life in the camps. Firstly by giving me and my father any scraps of food he could find and secondly, at the end of the war, when I became seriously ill.

“I have always been very close to my brother. We lived together in London as youngsters and worked together to build our families for many years.”

The exhibition is a collaboration between the Imperial War Museums and the Royal Photographic Society, Jewish News, the Holocaust Memorial Day Trust and Dangoor Education.

Thirteen photographers have taken more than 50 portraits showing Holocaust survivors with their families, reflecting on how they have gone on to have fulfilling lives.

Tracy Marshall-Grant, the Royal Photographic Society’s projector curator, says: “Each portrait shows the special connection between the survivor and subsequent generations of their family and it emphasises their legacy.

“It creates a legacy which will allow those descendants to connect directly back and inspire future generations.”

Among the poignant images in the Generations exhibition are photographs of concentration camp survivor Steven Frank taken by the Duchess of Cambridge.

Steven, 86, originally from Amsterdam, was photographed at Kensington Palace last year with his teenage grand-daughters Maggie and Trixie Fleet to mark 75 years since the liberation of Auschwitz.

They were pictured with the tin pan his mother Beatrix used to collect breadcrumbs, in return for doing laundry, so she could feed her children in the camp.

The Duchess also photographed Yvonne Bernstein, in her 80s, with her grand-daughter Chloe Wright, then aged 11.

Kate, a keen photographer, said at the time: “It was a true honour to have been asked to participate in this project and I hope in some way Yvonne and Steven’s memories will be kept alive as they pass the baton on to the next generation.

Despite unbelievable trauma, Yvonne Bernstein and Steven Frank are two of the most life-affirming people that I have had the privilege to meet. Their stories will stay with me forever.”