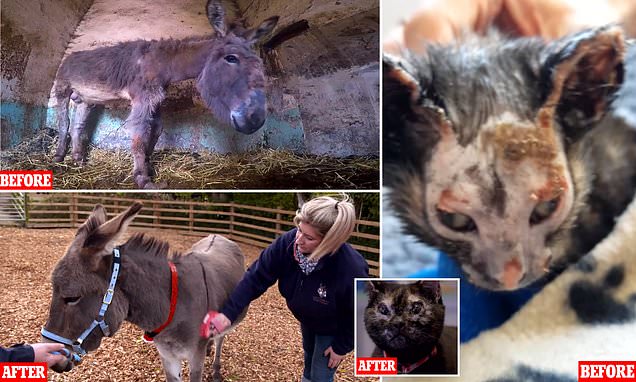 Two donkeys who were discovered in appalling conditions on a farm in Yorkshire, trapped in piles of their own excrement have made an incredible recovery after being rescued by animal charities.

They animals severely malnourished and mistreated discovered with over grown hooves; but with help from the Donkey Sanctuary and RSPCA were brought back to their best.

They appear in Channel 5’s Help the Animals live three-hour fundraiser which urges viewers to donate funds to help more animals in need.

The Donkey Sanctuary were called in to visit the farm after a call to the RSPCA where they found Tommy and Timmy. 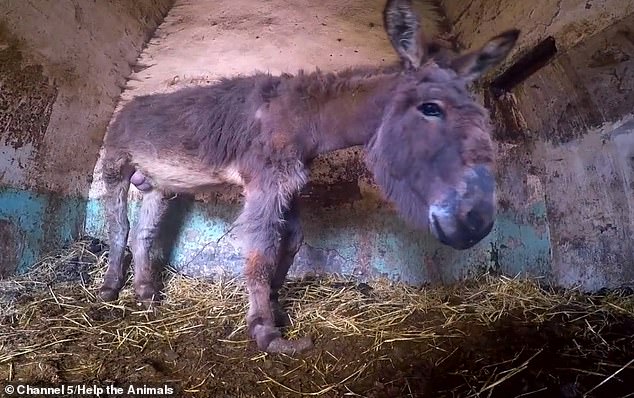 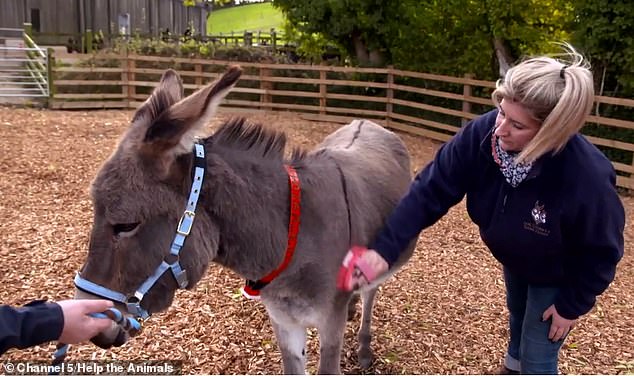 Hannah Bryer, from the Donkey Sanctuary, describes the moment they discovered the animals.

She says: ‘While we were talking to the owners we could hear some braying coming from another area. It was then we discovered Timmy and Tommy.’

They first discovered Tommy, then in a dark, cramped enclosure next door, they found Timmy, imprisoned in three feet of his own excrement.

Hannah continued: ‘The amount of dung and dirty bedding that he was standing on was so high that it was level with where a normal stable door would be.

‘To accumulate to the height that it was is indicative of years, rather than weeks or months. He really was imprisoned in there with no escape.’

The pile of faeces was so deep his ears were touching the roof of the stable and it took more than an hour to dig him out from his prison of dung. 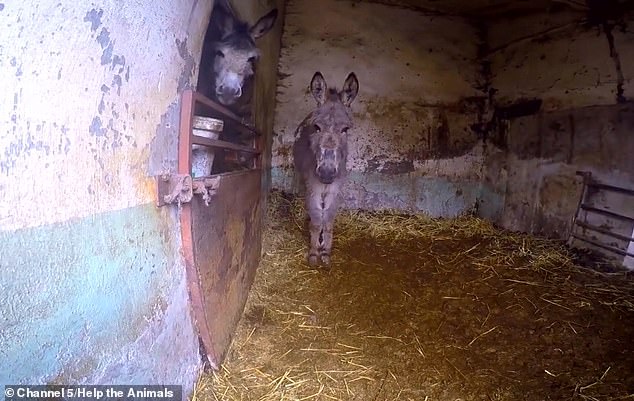 They first discovered Tommy, then in a dark, cramped enclosure next door, they found Timmy, imprisoned in three feet of his own excrement 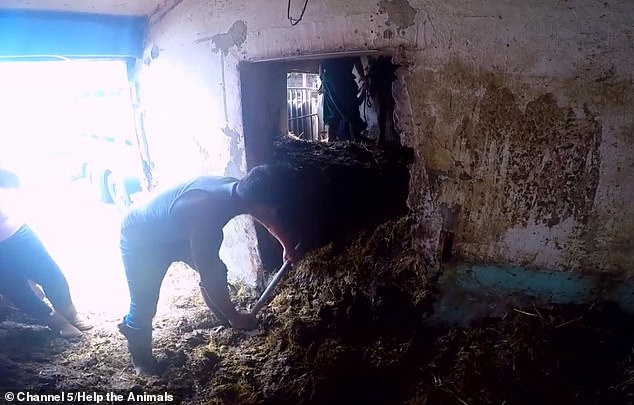 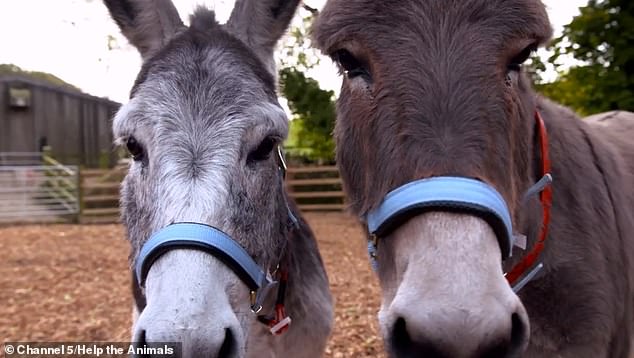 After a year of treatment, specialist farriery and loving care, the two found their forever home at the Donkey Sanctuary in Sidmouth, where they are still inseparable

Both donkeys were in a pitiful state, starved and with severely overgrown and misshapen hooves, that the rescuers believe had been ‘chopped with some sort of chainsaw’.

‘I don’t know how he was still standing,’ said one of the Donkey Sanctuary groomers Zoe.

She added: ‘They were extremely frightened of human contact and they took a long time to gain our trust. It took a lot of ginger biscuits to bring them round.’

Their former owners have since been prosecuted and banned for life from keeping equine animals.

After a year of treatment, specialist farriery and loving care, the two found their forever home at the Donkey Sanctuary in Sidmouth, Devon, where they are still inseparable.

Timmy and Tommy are just two of 7,000 donkeys cared for by the Donkey Sanctuary every year at a cost of more than £2,000 per donkey.

Their story features alongside Phoenix the kitten who was left badly burned after a fire went out of control. 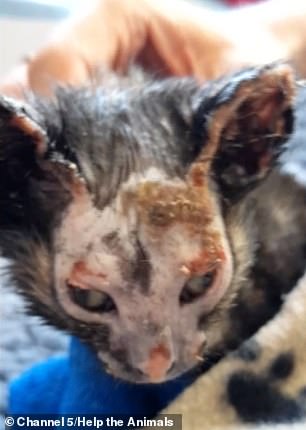 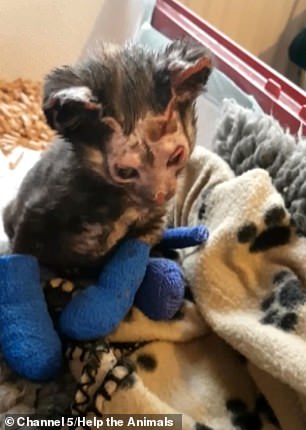 One kitten didn’t manage to escape from a fire that got out of control and was left with severe burns. Renamed Phoenix the feline was bandaged up and wrapped in blankets 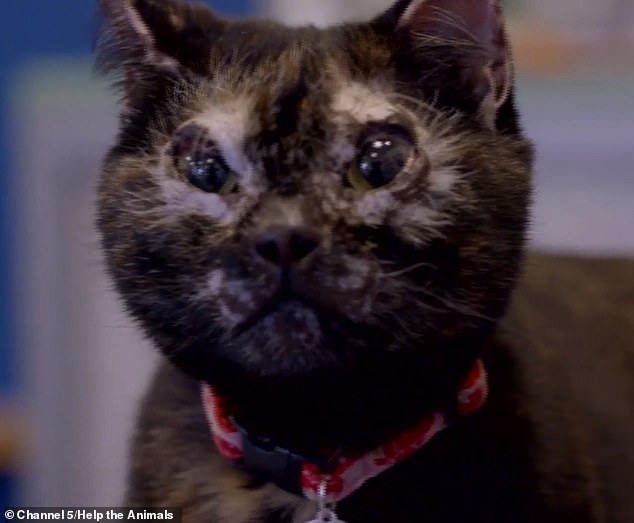 After months of intensive veterinary treatment, she was transferred to the RSPCA’s Felledge re-homing centre, where the receptionist there, Luka Atkinson, fell in love with her and gave her home

Phoenix the kitten was discovered by Durham RSPCA inspector Cathy Maddison when a member of the public heard faint mewing coming from a garden where a fire had got out of control.

Nearly all Phoenix’s fur had been burned away, she had no whiskers and it was a miracle she was still alive.

Cathy recalled: ‘She was so tiny and you could just see she was covered in burns. All her whiskers were gone and her little paws were burned.

‘I was so scared to touch her in case I hurt her because she looked so delicate and I could just imagine how painful it would be.’

She added: ‘It’s some of the worst injuries I’ve seen on an animal. I remember going in to the vets and asking please say we can save her.’ 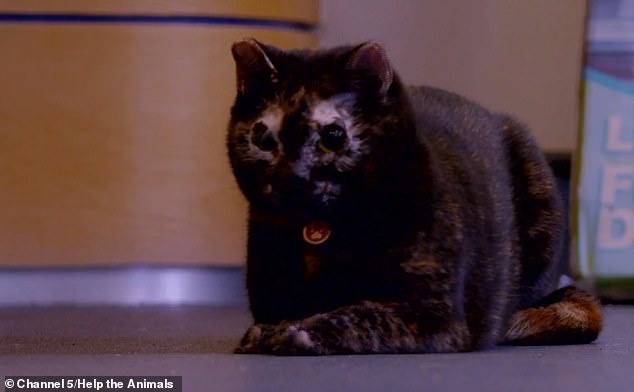 Phoenix can now be regularly found ‘helping out’ on reception and despite her scars, is able to lead a full and happy life. Her vet care for six months cost more than £1,000

After months of intensive veterinary treatment, she was transferred to the RSPCA’s Felledge re-homing centre, where the receptionist there, Luka Atkinson, fell in love with her and gave her home.

It was touch-and-go for the kitten who had a bad reaction to the pain medication, Luka was told by the vet that it was ‘the end’ for her new rescue.

‘When I was told it was the end for her it was heartbreaking,’ they took the kitten off the pain medication and it was within 24 hours that she began to recover.

Phoenix can now be regularly found ‘helping out’ on reception and despite her scars, is able to lead a full and happy life. Her vet care for six months cost more than £1,000.

Across the night of the special fundraiser which aims to benefit RSPCA, Scottish SPCA, The Donkey Sanctuary, Wild Life Aid Foundation and The Blue Cross there will be special episodes of Channel 5 favourites.

All of which have teamed up with one of the five charities to present the amazing work they do every day; Cruising with Jane McDonald, Ben Fogle’s New Lives in the Wild, The Yorkshire Vet, The Dog Rescuers with the cast of Neighbours and Jo Brand’s Kitten Rescue.

Help the Animals at Christmas airs live on Friday at 8pm on Channel 5. For information on how to donate please head to: www.channel5.com/helptheanimals