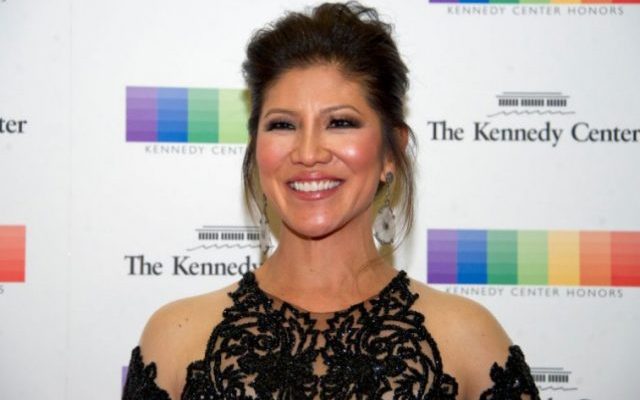 During the summer of 2018, Les Moonves, CBS chairman and CEO, came under fire for alleged sexual misconduct. It came as a shock to his wife, Julie Chen, who was the host of two of the network’s shows: The Talk and Big Brother. But when Moonves was ousted from CBS, all eyes were on Chen and her two shows. But what does the future look like for the host?

Chen and Moonves have been married since 2004

Chen and Moonves are no strangers to marriage — the couple has been together for almost 15 years. In fact, the couple announced their marriage just weeks after Moonves divorced his first wife, Nancy Moonves, with whom he has three adult children. Moonves and Chen have one child together, and the marriage has not always been easy. But Chen credits good communication for keeping a solid relationship between them. She said in an interview that the two hardly ever fight — they keep good communication, and if they do argue, they never make low insults toward one another.

Things went downhill in 2018, when Moonves found himself at the center of sexual misconduct allegations. Six women since had accused Moonves of sexual assault, and the allegations dated back to the 1980s. It would be a major test for the couple’s marriage. And when Moonves’ departure from CBS was announced, Chen had to rethink some career moves. She took some time off from The Talk to be with her family, and soon after, she announced she’d be leaving the show for good, but not before making a statement about her husband. Chen said on Twitter that he has always been a good man, and she fully supports him and stands behind him. She reiterated it on one episode of the talk show.

Now, Chen has announced her return to ‘Big Brother’ but will still stick by her husband’s side

When Chen announced she’d be leaving The Talk, some assumed her departure from Big Brother wasn’t too far behind. After all, it couldn’t not be awkward to work for the network your husband had to step down from under such circumstances. However, on November 27, Chen took to Instagram to announce that she’d be back to host the show’s celebrity edition. But it doesn’t look like her marriage to Moonves is going anywhere anytime soon.

Despite the return, it’s still hard to tell where Chen’s future lies with the network

Whether Chen will stick it out after this season has yet to be determined. Fans were ecstatic to see that she’d be back to host the show, as was told by the Instagram comments on the photo. Most can agree the show wouldn’t be the same without her. However, Chen did sign off last season with, “I’m Julie Chen Moonves. Goodnight,” which was the first time she ever used her married name on air and was meant to convey that she’d stand by her husband’s side no matter what. While she has signed on for another season, her husband seems to take priority over her career. Whether or not she’ll be back to host the seasons after this one are unclear, as she could simply be testing the waters to see what the dynamic is like working for CBS after her husband’s departure.