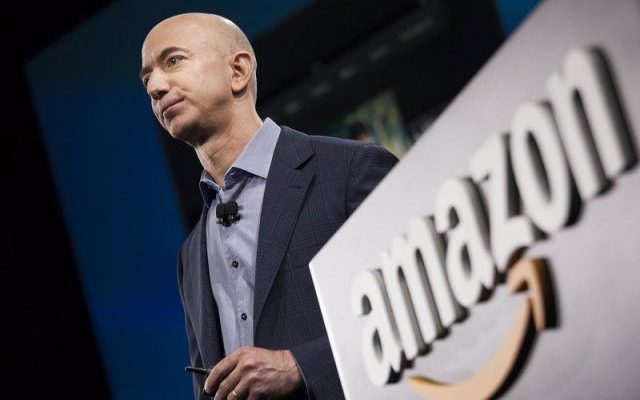 It is no secret that President Donald Trump has no love for Amazon. He’s been angry tweeting about the online marketplace ever since Jeff Bezos took over The Washington Post in 2013, according to Politico.

Trump’s tweets have been harmful to Amazon, as its stock tanked after Trump tweeted, “I have stated my concerns with Amazon long before the Election. Unlike others, they pay little or no taxes to state & local governments, use our Postal System as their Delivery Boy (causing tremendous loss to the U.S.), and are putting many thousands of retailers out of business!”

Amazon’s latest move may push Trump into the red zone even further. Obviously, Trump does not shop on Amazon but why is he so angered by the company?

This is what Trump says

Trump claims his main beef with Amazon is that it hurts retailers and local stores. Plus, now that Amazon is offering groceries, electronics and just about anything you can buy online, traditional businesses are hurting. Because Amazon is always expanding, business owners are constantly looking over their shoulder, Business Insider reports. Industries that are losing business include consumable manufacturers, department stores, food delivery, bookstores, and healthcare companies.

Ironically, Trump is also fuming about the tax advantages Amazon enjoys. He says the company has far too many legal loopholes that allow them to shirk paying taxes, while small companies get shellacked. However, this argument doesn’t hold water, Racked reports.  The company paid $412 million worth of taxes in 2016, although Amazon isn’t likely to be playing completely fair.

Trump isn’t one to talk taxes. “I fight like hell to pay as little as possible, for two reasons,” Trump said to CBS News during the 2016 presidential campaign. “Number one, I am a businessman, and that’s the way you are supposed to do it. And you put the money back in your company and employees and all of that. But the other reason is that I hate the way our government spends our taxes.”

But this may be the real reason

It may all come down to The Washington Post. Trump believes The Post has been especially unfair to him and blames Bezos, Time reports. Try as he may, Trump’s angry tweets about The Post aren’t doing much to change the paper’s reporting.

So while The Washington Post and Amazon are two separate companies, Trump can’t divide the two because of who owns them. “Most of President Trump’s tweets that are directed at Amazon are because Jeff Bezos owns personally The Washington Post, “D.A. Davidson’s Tom Forte told CNBC. “I think President Trump needs a strong Amazon, but clearly he is upset with Jeff Bezos.”

And now it may get worse

Amazon just signed an agreement to move its headquarters to Washington D.C., according to Politico. And the decision to move to D.C. may be a calculated one on Bezo’s part. “Anything that makes Bezos more prominent in Washington is going to irritate Trump and he will take it personally,” Michael D’Antonio, author of the 2015 Trump biography Never Enough told Politico. Plus, “He [Trump] will think Bezos made this decision to stick it to him.”

Bezos has been in Trump’s face since the inauguration. He purchased the largest house in D.C. and is a regular in the social scene. While Trump may see the move as aggressive, not everyone sees it that way. “Do I think he’s going to come in and say my role with headquarters two in Washington is to change Donald Trump? No. He’s here to do business,” Bobbie Kilberg, the president of the Northern Virginia Technology Council told Politico.