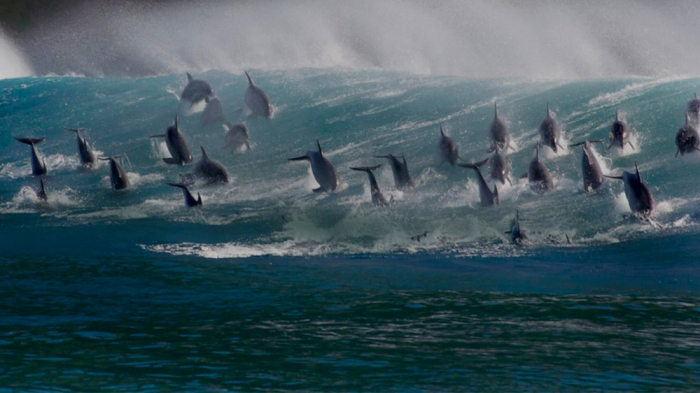 Nearly 40% of exhibitors at FilMart this year are currently involved in documentary films. This year, there are 290 such exhibitors from 26 countries and regions, an increase of 30% from the year before, and 24 nonfiction titles in screening sessions, nearly double last year’s 13 titles.

The market launched its “Doc World” section in 2018, and organizers tell Variety that if they hit a critical mass of more than 400 doc exhibitors, they would consider breaking the sector off into a standalone event.

“Documentary is where we really see the potential — it’s the new frontier in the industry that was previously untapped,”  said Anthony Mak, Hong Kong Trade Development Council’s New York director. “Filmart has been going on for two decades, but it’s just in the past two years that we’ve really seen notable growth in this particular area. We can’t predict the future, but if the trend continues but we are very optimistic.”

He added: “A lot of the content is still produced in the West, and the U.S. is already a very, very large market, so perhaps previously there was less attention paid to the growing Asian market. But that’s why we’re here — to try to let more people know about this opportunity.”

Mak’s observations were echoed by HKTDC project manager Wesley Chan, who said: “We’ve seen a change in the behavior of film and TV buyers. Viewers nowadays are more inclined towards watching programs with real life events.”

This year HAF’s Works in Progress section has expanded to include non-fiction fare, doubling the total number of projects selected to include 10 feature fiction films and 10 feature-length documentaries. “This shows a trend of growing documentary funding,” Chan added.

“Documentary used to be a niche that was regarded as fairly boring, with a lot of black-and-white archival footage and talking heads, scheduled late at night. But something’s happened,” he said.

“I think it’s too early to say if we’re going into a golden age of documentary, but at the BBC we’re certainly noticing that documentary is becoming more mainstream.” He chalked it up to the rise of global platforms creating quality content and young people thirsting for knowledge of worlds outside their own.

BBC’s 2017 nature documentary “Blue Planet II” was the biggest show with young U.K. viewers ages 16 to 24, beating “The X-Factor” every night it ran for seven weeks, he said. In China, the show got 250 million views on the Tencent Video platform, with 70% of audiences in the younger demographic.

The changing demographics come with changes in viewing habits that now must fuel new innovative ways of reaching audiences.

The majority of Tencent Video’s users watch content via their smartphones, said Lex Zhu, head of the platform’s Penguin Pictures Documentary Studio content arm. In China, production quality is generally improving, he said, but most producers are still thinking too traditionally. “A lot of the films available are not suitable to the viewing habits of our current users. Mobile viewing means that we need to make a lot of changes.”