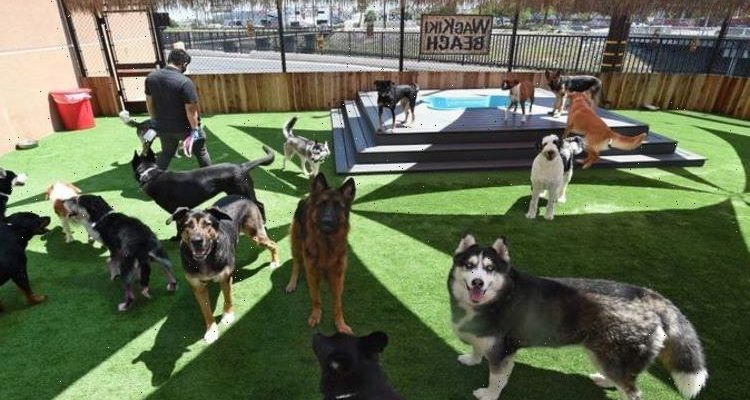 Corgi walks on snow for first time in adorable moment

Several celebrity dog owners who are deemed upper-class are thought to have had a major influence which breeds are considered ‘posh’. Examples include TV presenter Ben Fogle’s black Labrador Inca, and, Chancellor of the Exchequer Rishi Sunak’s new puppy Nova — a fox-red Labrador. Unsurpisingly, Corgis are also a popular choice among the rich and famous thanks to them being a firm favourite with the Queen.

French Bulldogs have also become a firm favourite among city-dwellers thanks to their petite size.

Cockapoos are one of the most in-demand dogs according to London pet shops due to their easy temperaments and lack of shedding.

Also rivalling fellow canines among the affluent and well-to-do are Dachshunds – ideal for those who enjoy long country walks or mini weekend getaways.

But taking the crown as the poshest dog is the Labrador, not only is this breed often ranked top for happiness but also for friendliness – a favourite choice among families.

Annika Purdey, a contributor for Tatler, said: “They have good manners. You can have them in the drawing room when people come for drinks or in the dining room over supper.

So which dogs made the it into the top ten? Here is the list: