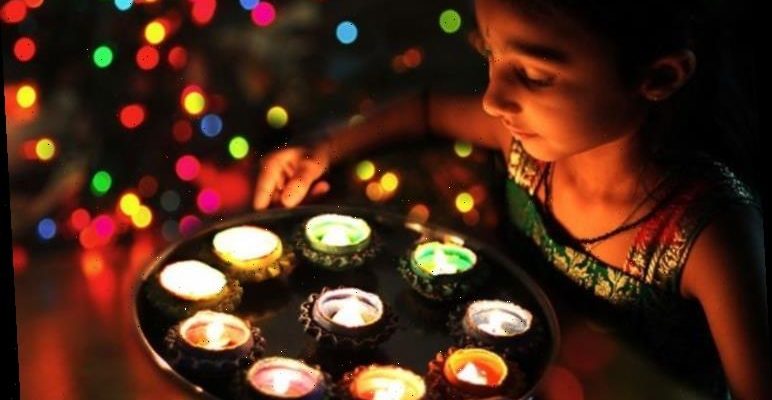 Diwali is a Hindu festival symbolising the victory of light over darkness, good over evil and knowledge over ignorance. The event is also known as the Festival of Lights and is one of the most popular festivals in Hinduism. Diwali takes place every autumn in Ashwin, the seventh month of the Hindu lunisolar calendar.

When is Diwali celebrated in the UK?

The main date of Diwali this year is Sunday, October 27.

However, the festival is a five-day event and run two days before and after the main night.

That means people who observe Diwali will begin celebrating on Friday, October 25 and end on Tuesday, October 29. 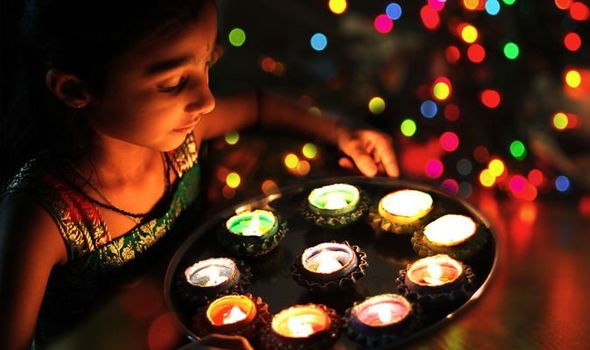 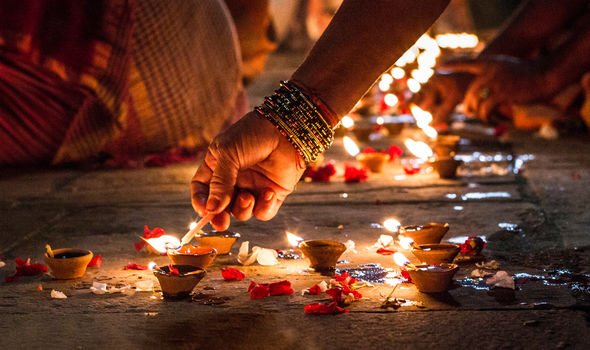 In southern India and Singapore the main day of Diwali will be a day earlier, on October 26.

The date of the Festival of Lights actually varies from year to year.

The third day of the festival – the main Diwali night – takes place on the darkest night of the lunar month, which is when there is a new moon. 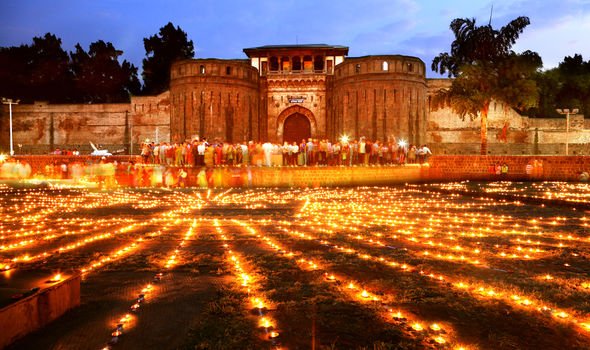 This is known as Kartik Amavasya meaning New Moon Day.

It is the darkest night after the Hindu month of Ashvin has ended and the month of Kartika has begun.

When the date of that New Moon is known, the Diwali festival can be given its place on the calendar.

In the UK the festival is not a public holiday.

DON’T MISS
Ayodhya dispute: What is the tense court case that could spark riots? [INSIGHT]
India chaos: Kashmir EVACUATION causes panic  PICTURES]
Diwali 2018: What is Rangoli, what does it mean?  [INSIGHT]

How is Diwali celebrated?

Day one of the celebrations is known as Dhanteras and will see homes cleaned and new items such as plants or lights bought and prayers offered to mark the start of the festival.

The second day is called Naraka Chaturdashi and is one which sees Hindus wake before sunrise to apply holy oils to their bodies.

The third day is Diwali and the main day of the five-day long festival. 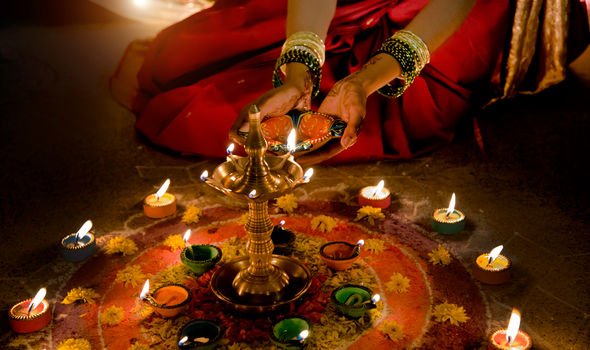 On Diwali feasts are shared, gifts exchanged and a prayer ritual known as puja undertaken.

The fourth day, Govardhan Puja, Hindus light oil lamps and offer vegetarian food to Lord Krishna either in temples or at sacred shrines in their own homes.

On this day the bond between brothers and sisters is celebrated with sisters often inviting brothers to their homes for a large meal.