Robert Connolly may be basking in the glow of that rarest of things right now – a hit Australian movie – but he hasn’t forgotten where it all started.

Back in 1996, he was a tyro producer with a film about a gang rape, a first-time director and a cast of unknowns on his hands. On paper, The Boys wasn’t much of a commercial proposition but it got made because the government-funded Australian Film Commission saw potential in the people behind it, among them director Rowan Woods and actors David Wenham, John Polson and Anthony Hayes. 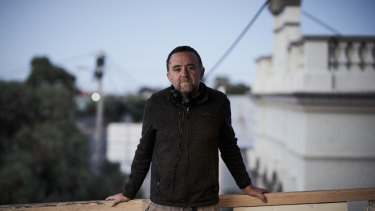 Robert Connolly, pictured here on the set of The Dry which he directed and co-produced, is looking to give emerging talent a hand up.

“They rolled the dice on The Boys and it launched all our careers but it only made $700,000, it was a commercial failure,” says Connolly, whose latest film, The Dry, is the exact opposite, having taken close to $20 million at the local box office. “Would The Dry be in cinemas now if years before the AFC hadn’t rolled the dice?”

Now Connolly is putting his own money where his mouth is, joining forces with Film Victoria and SBS to recapture some of the pioneering spirit he thinks has been lost in the local industry due to the crisis of confidence in cinema generally, and in Australian movies’ place in it specifically. 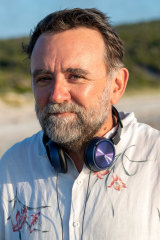 Connolly on the set of a new film in Western Australia. Credit:David Dare Parker

The Originate initiative will develop three low-budget (sub-$1.5 million) feature scripts from filmmakers from diverse backgrounds. One of those will go into production, with a guaranteed cinema season through Connolly and production partner Liz Kearney’s distribution company North South East West, after which it will screen on SBS TV.

That’s a guarantee of the sort of audience most emerging Australian filmmakers can only dream of. And if it works, more will likely follow.

Connolly believes he can make the model work financially through an innovative approach to touring the film, as he did with The Turning – “I’m not doing this purely out of benevolence” – but he is also motivated by a desire to lend a hand to new talent in the way he was helped at the start of his career.

“Now I’m in my 50s and established I feel like it’s my responsibility to work out how to support a generation that has a heap to say, and for them not to feel that cinema’s over.”

The “big appetite for risk” that characterised the period when Connolly was starting out has diminished, he says, with the conversation dominated by talk of the failure of Australian films to find audiences at the cinema, and the need to refocus efforts on television. He also thinks the government’s recent decision to reduce the tax offset for feature films from 40 per cent to 30, and to lift minimum qualifying spend to $1 million, also militate against the sort of edgy, low-budget filmmaking that has spawned some of our biggest success stories. 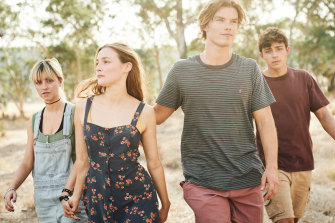 The Dry was notable for foregrounding its young cast, including (l-r): BeBe Bettencourt, Claude Scott-Mitchell, Sam Corlett and Joe Klocek.

“When Somersault won the AFI awards, the media was showing footage of empty cinemas saying ‘no one went’, and now there’s Cate Shortland directing a massive Marvel film [Black Widow],” he says. “Or I think of Sweetie, which was dismissed by the local industry and made $300,000 at the local box office, and just look at Jane Campion’s contribution to global cinema.

“I just think the idea of us dismissing new creative works from people early in their career because of the commercial returns is crazy.”

Besides, he adds, the success of The Dry, Penguin Bloom, High Ground and Rams at a time when cinema attendances are massively down gives him enormous reason to be bullish.

“That shows Australians love gathering in cinemas to see Australian stories,” he says. “Civilisation isn’t just about six nights of watching Netflix then going to dinner on the seventh night to talk about what you’ve been bingeing. I’m so optimistic about us as social creatures who like engaging and going out, and I think you’d never want to underestimate the power of cinema to be a part of that.”