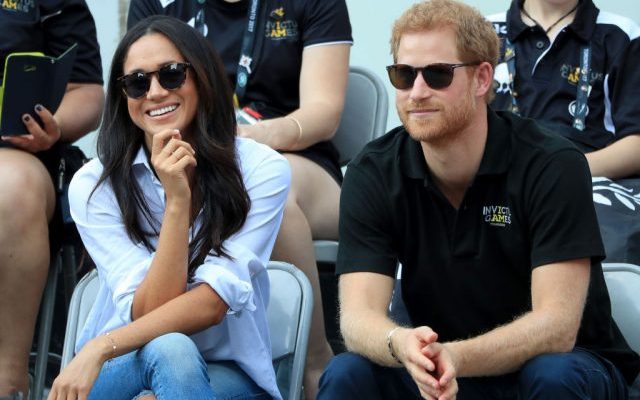 Meghan Markle’s romance with Prince Harry may have begun following a heartbreaking split. When the pair met in 2016, a royal expert claims that Markle was coming off a two-year relationship and may have viewed the romance as a rebound. With the Duke and Duchess of Sussex adjusting to their new lives as parents, here is a look at the early days of their relationship.

Meghan Markle and Prince Harry met at some point in the summer of 2016. Their romance quickly heated up and it was not long before Harry popped the big question. The couple tied the knot in a gorgeous ceremony in May of 2018 and welcomed their first child, Archie Harrison, this past spring.

Although their marriage is stronger than ever, a new reportclaims that Markle had just gotten out of a relationship with Cory Vitiello,whom she allegedly dated for over two years, when she started dating Harry.

According to Express,royal expert Louise Berwick says that Harry and Markle’s romance started as a“royal rebound.” Berwick claims that Meghan Markle had just broken upwith Vitiello when she met Harry.

In fact, Markle opened up about the split in an interview in2016, where she confessed that her heart was broken. It is unclear why thingsdid not work between Markle and Vitiello, who has made a name for himself as aCanadian chef, but everything did work out in the end — at least for Markle.

“If you are asking my girlfriends the best way to get overone guy is to get on another,” Markle shared. “But my mum says whenyour heart breaks, it just opens up for more love.”

It is unknown when Markle and Vitiello started dating, but it wassometime in 2014. At the time, Markle was still posting to her blog, The Tig,and she mentioned how 2014 was one of the happiest years of her life. Insidesources believe that Markle and Vitiello were getting ready for an engagementprior to their split.

Their relationship, however, took a turn for the worse whenMarkle allegedly passed one of his recipes as her own. Vitiello reportedlyparted ways with Meghan Markle after the incident.

As royal watchers are well aware, Markle’s fortunes quickly turned around following the split. Shortly after the breakup, the former Suits star met Harry, who immediately fell for her. In the first few months of their relationship, the two met with each other every other week, either in Toronto or London.

There is no telling if Meghan Markle viewed the relationship as arebound in those days, but the couple’s first date might shed some light on thesituation.

It is well known that Harry’s long-time friend, Violet von Westenholz, is the person who introduced him to Meghan Markle. In the summer of 2016, Markle was invited to attend the Wimbledon games on behalf of Ralph Lauren.

Westenholz is the company’s PR executive and hit it off with Markle straight away. Westenholz subsequently planned a dinner date between Meghan Markle and Prince Harry, and the actress allegedly told her friend, Gina Nelthorpe-Cowne, about it.

In a recent interview, Nelthorpe-Crowne claims that Marklethought meeting Harry would be an experience and, at the very least, a funtime. The pair reportedly met in a private setting at London’s Soho House. Wedo not know any details about the first date, but it evidently went great.

In fact, a few weeks after the date, Prince Harry convinced MeghanMarkle to jet off to Botswana to go on a safari. The two fell in love on thetrip and the rest is pretty much history. Their romance may have started off asa rebound, but it clearly took on a completely different life once the two gotto know each other.

Markle and Harry have not commented on the rumors surroundingtheir early days together. The couple has been fairly tight-lipped about theirrelationship over the years and cherish their privacy.

Meghan Markle and Prince Harry are currently gearing up for a family trip to South Africa, which will take place sometime this fall. They are also planning on visiting Queen Elizabeth in Balmoral before the summer is out.