The Best Man is a comedy about a man named Harper Stewart (Taye Diggs) who tries to hide the secret that he had sex with his best friend’s (Morris Chestnut) wife. Along the way, the character finds himself in a love triangle with his college ex Jordan (Nia Long), and his current girlfriend, Robin (Sanaa Lathan). 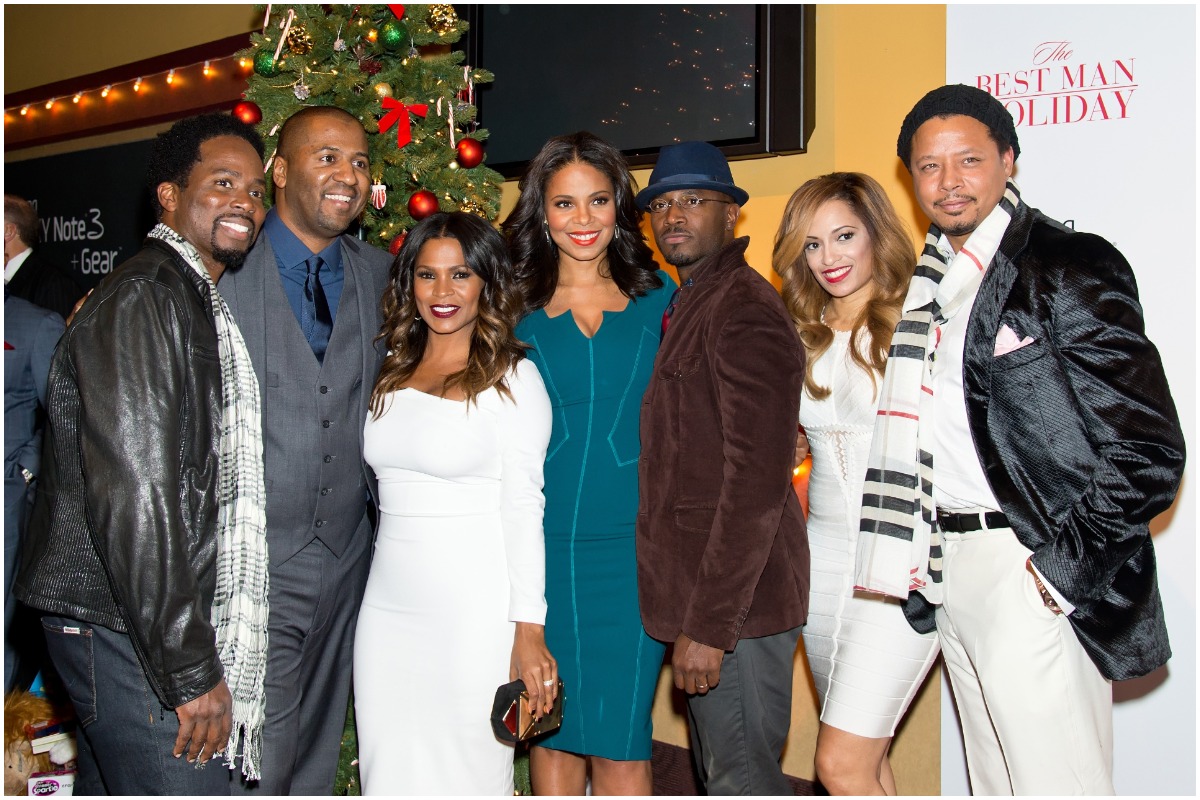 Despite all of the drama in the plot of the 1990s comedy, fans might wonder if any of the cast members also had off-screen chemistry.

The Best Man was Malcolm Lee’s directorial debut for a feature film. As Spike Lee’s cousin, the NYU native wanted to tell important stories about the Black experience. Lee said many movies with Black actors didn’t portray the community in the best light at the beginning of his career.

“There was a hunger out there for movies about the black American experience that didn’t have anything to do with the inner city or drugs or violence,” he said to Best. Movie. Year. Ever. author Brian Rafferty, per E! News. “I wasn’t seeing myself or my friends represented on film. There was something missing.”

Eventually, Lee began working on The Best Man. The movie, which was initially called My Homeboy’s Wedding, followed college friends Harper (Diggs), Lance (Chestnut), Julian (Harold Perrineau), Quentin (Howard), Jordan (Long), Mia (Calhoun), and Shelby (Melissa De Sousa). The movie was the first time many of the actors had lead roles. However, Lathan told Tell Me More in 2013 that the cast meshed well behind the scenes.

“I think the thing that really resonated with audiences is the real chemistry that we all have,” she said. “We all really kind of like each other in real life and have stayed friends over the years. So that kind of chemistry is palpable on screen as well.”

‘The Best Man’ cast didn’t have any off set hookups

The Best Man premiered on Oct. 22, 1999. Following its release, many cast members remained in touch and continued to work together on other projects. In 2003, Diggs and Lathan rekindled their on-screen chemistry in Brown Sugar. Long and Diggs also guest-starred on Howard’s Fox show, Empire. The entire original cast again reunited for The Best Man Holiday in 2013.

Although their connections span over 20 years, it seems none of the cast members dated off the screen. At the time of the first The Best Man movie, many actors were in long term relationships. As for Chestnut, he and his wife, Pam Byse, married in 1995. Also, Diggs met his ex-wife, Idina Menzel, in 1996 when they worked together on Rent. Other actors, including Long, reportedly dated other notable celebrities in the 1990s, such as Larenz Tate and Peter Thomas, via Rolling Out.

‘The Best Man’ is coming to Peacock

Viewers who enjoyed the chemistry between the actors in the 1990s and 2010s will see them again in 2021. Deadline was the first to report that Peacock has ordered a 10-episode limited dramedy series called The Best Man: The Final Chapters. Diggs, Chestnut,  Perrineau, Howard, Long, Melissa De Sousa, Lathan, and Regina Hall have signed on for the project. Lee will act as the writer and director of the show.

“Here we go! The band is back together! I am very excited to bring these iconic characters back to the fans who have supported us through this franchise,” Lee said in a statement.

“We are thrilled to deliver everything one would expect from this group of friends in The Best Man universe and take them through their final chapters,” he continued. We can’t wait! I told you it wouldn’t be 14 more years.”