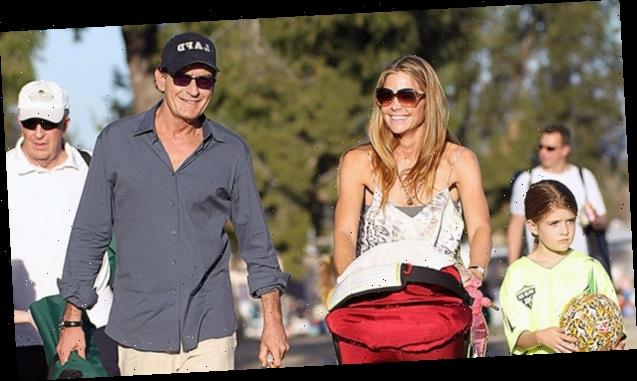 Denise Richards has always worked hard to make sure ex Charlie Sheen and their girls have a loving relationship, a source reveals.

Fans were shocked to see Denise Richards and ex-husband Charlie Sheen together while celebrating their daughter Sam’s 17th birthday due to their history. But it’s not actually a surprising occurrence, a source close to the former couple tells HollywoodLife EXCLUSIVELY. Denise is truly helpful when it comes to Sam and her 15-year-old sister Lola, keep a close relationship with their Platoon star father.

“Denise really strives to keep a good relationship between the girls and their father and always has,” the source divulged. “Even as young girls, Denise made it a point to do everything she could to get the girls to see their dad for dinner as a family once a week if not more.” They explained that it could be difficult sometimes with Charlie’s busy schedule, but Denise would always figure out a way to make it work, even if that meant “working it out through his team.”

It extends further than Charlie. Additionally, The Real Housewives of Beverly Hills alum keeps her daughters connected with the rest of Charlie’s family, including his parents (Janet and Martin Sheen) and eldest daughter from a previous relationship, 36-year-old Cassandra Estevez. Lately, it hasn’t been hard for Denise when it comes to Sam and Lola spending time with their father.

“Charlie is very close with his two younger daughters. He tries to see them at least once a week at his house because he doesn’t leave very much. He has a very special bond with them. And, he’s very protective of them more so than the others,” the source said, referring to Cassandra and his twin sons, 11-year-old Bob and Max, with ex-wife Brooke Mueller. 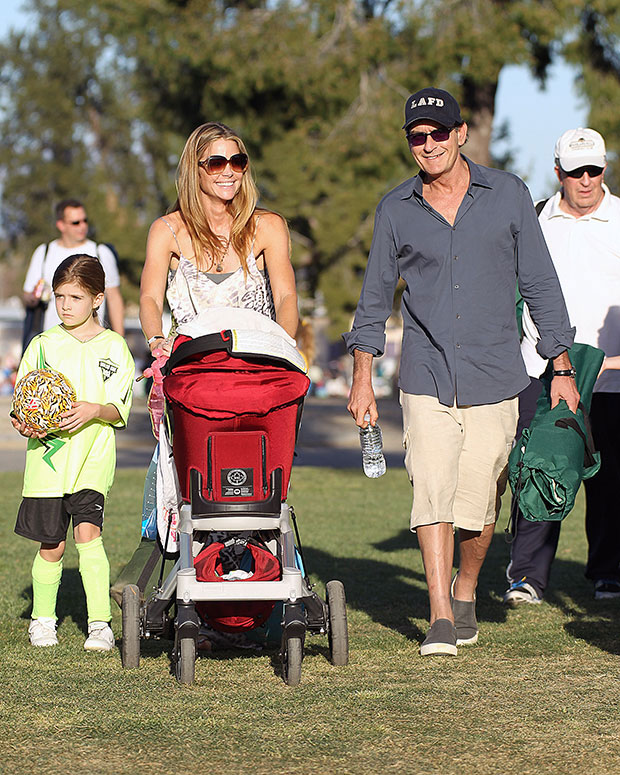 Denise has stated in the past that her and Charlie’s marriage had “dark” moments. The couple divorced in 2006. “It was a very dark time and very toxic and I filed for divorce when I was 6 months pregnant with [Lola],” she said on a May 2020 episode of RHOBH. “I always did whatever I could to hide Charlie’s behavior. How do you tell kids what’s really going on? I would say ‘Dad has to go to work, but he loves you so much, he wants to be there for you girls.’”