The watchdog for Australia’s national security laws says there is no reason why a summary of a secret prosecution of a former Australian spy could not have been published three years ago.

Independent National Security Legislation Monitor Grant Donaldson on Wednesday held a hearing into the case of Witness J, a former military intelligence officer who was convicted of mishandling classified information that potentially revealed the identities of agents recruited by Australian intelligence agencies. 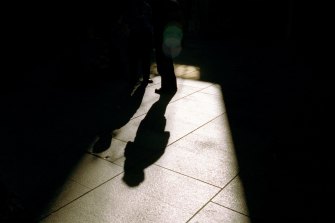 The case of Witness J was tried and sentenced in secret.Credit:Tamara Voninski

Witness J, also referred to as “Alan Johns”, was imprisoned in a Canberra jail for 15 months after being remanded in custody by ACT Chief Magistrate Lorraine Walker in May 2018.

Mr Donaldson last year launched an inquiry into the “unique set of circumstances” which led to Witness J being tried, sentenced and jailed in secret.

Additional details of the case were published on Tuesday after the federal government reviewed the summary and the release of the information was found to be consistent with the court’s orders.

Mr Donaldson said he failed to see why the 500-word summary could not have been released three years earlier when he was being prosecuted.

“In this matter, the orders that were made were ultimately able to be published and there’s no particular reason why, in my opinion, they could not have been published much earlier than they were,” he said.

The head of the Australian Security and Intelligence Organisation (ASIO), Mike Burgess, said he did not believe in secret trials as a matter of principle. But, he said, there were circumstances where even publicising the time and place of a trial could give a foreign intelligence service valuable information.

Senior lawyer at the Human Rights Law Centre, Kieran Pender, said there was “no place for secret trials in Australia”.

“Open justice is a vital democratic principle, and it must be protected,” he said in a statement. “The case of Witness J is deeply concerning. Not only was he charged, sentenced and jailed in secrecy, but the very existence of his case was concealed. If it were not for several fortunate coincidences, the case might never have come to light.

The Human Rights Law Centre has proposed a number of reforms including an “open justice advocate” scheme to ensure the public interest in open justice is always defended in court and a requirement that public reasons are given justifying why a court is closed.

Law Council of Australia president Jacoba Brasch said there were some cases where the protection of national security information required the suppression of information about criminal offences and closure of courts to the public.

But, Dr Brasch said, open justice was one of the primary attributes of a fair trial.

“It is a fundamental rule of the common law that the administration of justice take place in an open court, except in the most exceptional of circumstances,” she said.

Last month a two-day court hearing into an appeal brought by Bernard Collaery, the former lawyer of another ex-spy known as Witness K, was held behind closed doors.

Mr Collaery, a barrister and former ACT attorney-general, is facing the prospect of jail for allegedly helping his client, Witness K, reveal information about Australia’s bugging operation of East Timor’s government during commercial negotiations to carve up the oil and gas resources in the Timor Sea.