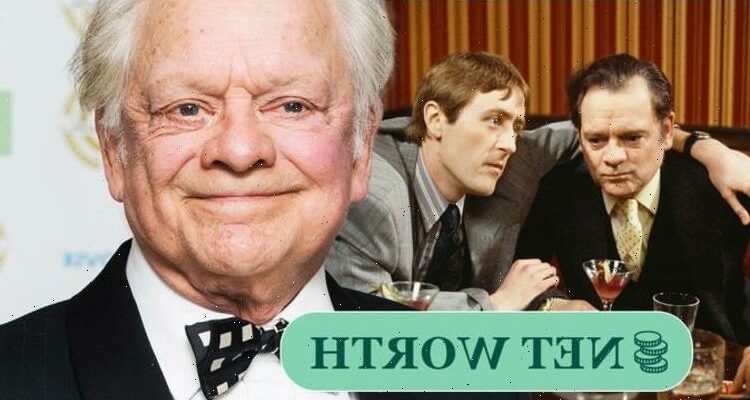 David Jason says people who change with fame ‘annoy him’

David Jason, 81, is best known for his role in the BBC series Only Fools and Horses. After a long and successful career on TV, the star has made millions. But how much does he have in his bank account?

According to CelebrityNetWorth, David Jason has a net worth of $10million (£7.2million)

But how did he make so much money?

Davis Jason started his career in 1964 but he is best known for his role as Derek “Del Boy” in the comedy series “Only Fools and Horses”.

He also appeared in other productions such as “A Touch of Frost”, “Count Duckula”, “Open All Hours”, or “The Wind in the Willows”.

His screen debut was in 1972 with the movie “Under Milk Wood”.

He won his first Bafta TV award in 1987 for his performance in “Porterhouse Blue”.

Part of his earnings came from other work such as documentaries, book deals and voiceover work.

Although Only Fools and Horses has been off screen for many years, he still earns an incredible sum of money.

The star earns approximately £1million a year and made more than £2.3million in the last two years.

During an interview earlier this year, he admitted what his worst job had been.

“Scrabbling about under dusty floorboards as an electrician in my early 20s,” he explained.

The actor said that if he could go back to one moment in life it would be the time he was filming his debut series.

“To a great scene with the great cast filming Only Fools And Horses,” he told The Guardian.

The couple have a daughter, Sophie Mae.

Sophie is the actor’s only child and was born when he was 61.