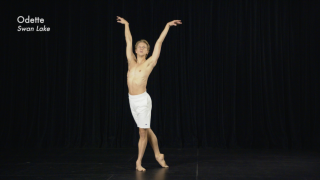 Ballet dancer David Hallberg was planning to take the final bows of his performance career this year. Audiences would applaud the wunderkind onstage for the last time after witnessing him dance the principal roles of “Giselle” and “Romeo and Juliet” with the American Ballet Theatre, “Swan Lake” with the Royal Ballet, and other classical works with the Bolshoi Ballet and La Scala Theatre Ballet.

That’s not how the year played out. With live performances canceled and theaters around the world still dark, all of those anticipated bows were cut short. Hallberg moved to Australia this month, where he will step into his next role as artistic director of The Australian Ballet. But before he left New York, an opportunity emerged to take a few of those final bows — and then some.

A few weeks ago, the dancer teamed with choreographer Madeline Hollander for “50 Final Bows,” a video piece created for Performa’s telethon benefit. Barefoot and donning a pared-down costume — white shorts — Hallberg re-creates the final gestures of iconic performances throughout his career. The video serves both as an ending — for Hallberg’s onstage career — and also as a beginning for his next chapter as artistic director.

“The pandemic has affected the final days of my career. What should have been a final year of final shows became time away from the stage, exploring other facets of life. So these are really my final bows,” writes Hallberg from Australia. “I will never bow at Bolshoi Theatre again; nor will I bow as Romeo again; nor bow with a ballerina next to me having just received a rose from her. So these bows represent my final ones, taken as I leave the city that has given me artistic life for 20 years. It is extremely poignant personally.”

Bride of the Times

Hallber and Hollander, brought together by Performa, worked collaboratively to tap into Hallberg’s personal history and brainstorm a list of different iterations of bows. They generated a list of around 80 moments, filmed them and then pared the video down — Hollander likened the final edit to another form of choreography, one that plays out on a 2-D stage. As soon as one onscreen iteration of Hallberg exits stage right, the next Hallberg loops in from stage left to unveil his next bow. 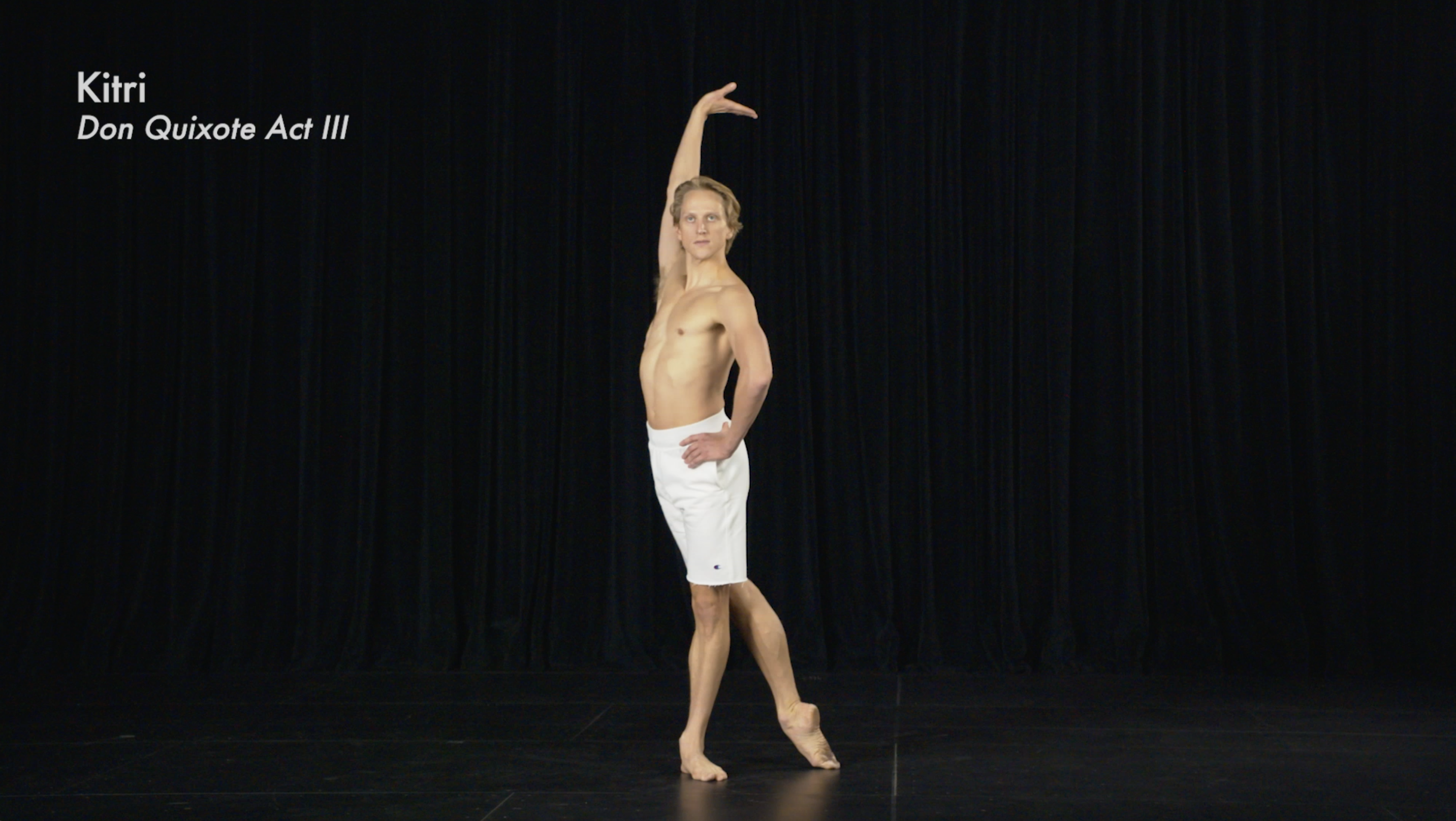 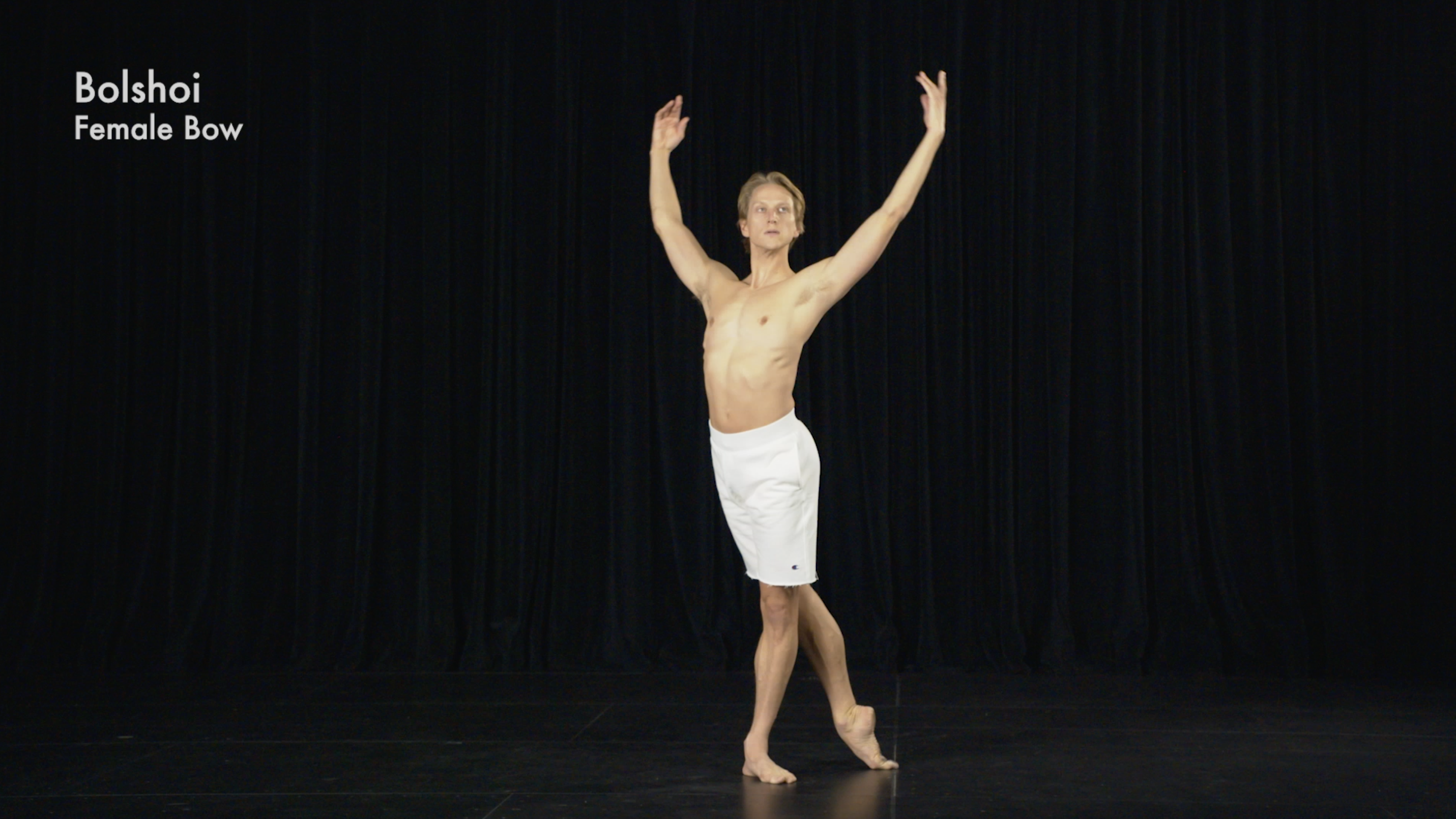 The video showcases the distinct bows connected to roles he’s danced — Romeo, Albrecht, Siegfried — and roles danced by his female stage partners, which he’s witnessed closely over the years, including Odette, Odile, Giselle. He demonstrates the subtle variations between companies he’s danced with, and also recreates specific moments, including “Russian bouquet overload bow,” “Spotted mom in audience bow,” and “David’s return to stage after injury bow.”

There are even a few modern dance bows — Mark Morris, Merce Cunningham — thrown in for good measure.

“There are certainly bows that I know of really well; that I was able to ’switch on.’ Romeo, Siegfried in ‘Swan Lake,’ the roles I’ve danced a lot, were all easy to convey and muster up,” Hallberg says. “The bows that I had never done, that I had always witnessed happening (either next to me on stage, or as an audience member) were the most interesting to portray. I could envision what it would have been like to bow ‘as’ Odette, Merce, Pina Bausch — all ones I know well but never executed.”

The video concludes with two bows yet to receive any audience: “David creates a bow” and “A future bow,” which the pair created collaboratively. That final bow of the video has Hallberg rotating 360 degrees as he makes his way across the stage. “This piece felt less like a performance and more a reflective meditation over his career and where he is now, and acknowledgment and gratitude for having been able to go through that trajectory,” Hollander says.

The video is silent, without a musical score or even the accompaniment of footsteps or breathing. Hollander’s work often examines the silent language of dance — she’s creating a piece with dancers using their hands to mark the steps of pieces they were working on before the pandemic — but the most notable silence within “50 Final Bows” is that of an audience. “[The video] is the opposite feeling of the end of a production or performance, with the cheering and the crowds and the applause,” she says, and that feeling is underscored by a lack of fancy accoutrements — there’s just a generic stage and Hallberg.

“The sounds of cheers and the audience’s roaring applause is muted right now, and that’s something to meditate on and be very conscious of. And also not to take that for granted; to realize how jarring that silence is,” she says. “Because it’s not something we usually see. Those choreographies are [typically] joined with intense jubilation and catharsis and a communal uproar, and it doesn’t exist right now.”

That absence is reflective of the current moment, and also a reminder of a collective goal: getting to a place where dancers and audiences can safely return to theaters and experience live performance once again. Until then, audiences can practice marking their applause from the other side of the video screen. 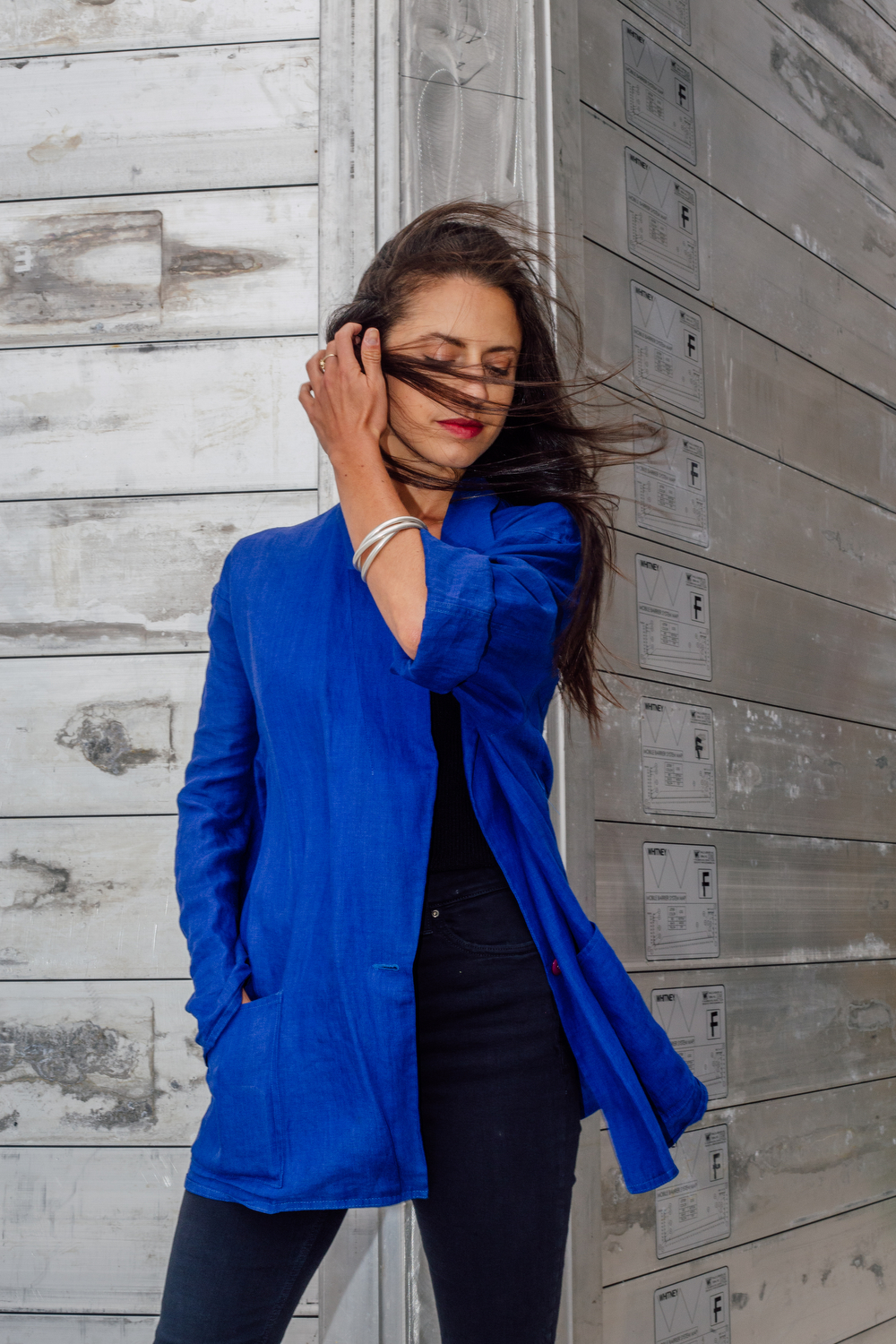 More From the Eye: