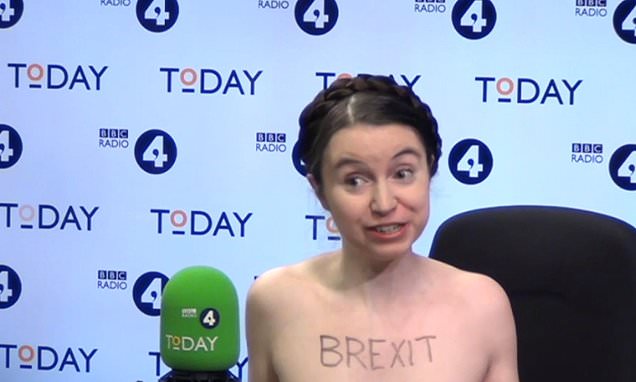 DAN HODGES: Why Continuity Remainers (and their nude star) are all mouth and no trousers

What is the point of the Remainers? Or rather, the Continuity Remainers, that small but dogged group of anti-Brexiteers who steadfastly refuse to make their peace with the 2016 referendum result. What are they trying to achieve? How are they planning to achieve it? Do they actually have a plan at all?

This was supposed to be their moment. The Government is in disarray, unable to secure parliamentary support for a half-baked Brexit compromise, never mind Theresa May’s original Chequers proposal. The House of Commons has reportedly seized control of the withdrawal process. We are just a month away from crashing out of the EU with No Deal.

Yet they appear mummified. Every day the same lifeless talking heads shuffle into the nation’s TV studios, mumble their ‘we need a people’s vote’ mantra and depart.

A few weeks ago I was speaking to one of the leaders of the campaign for a second referendum. He was upbeat. We were, he said, about to reach the ‘crossover point’, the moment where the bookies’ odds on a new vote moved to better than 50/50. The People’s Vote would go from being an impossible dream to a probable outcome. 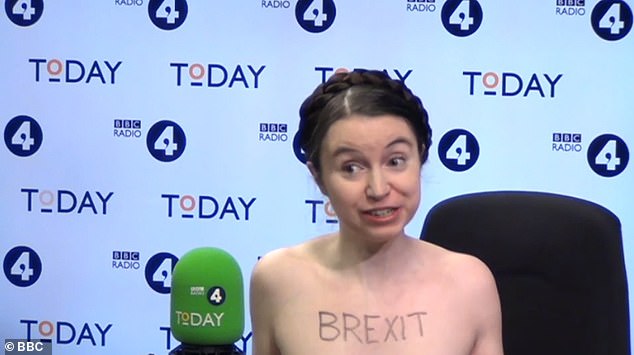 At the time of writing, the odds on a second referendum are five to one against, and continuing to drift. In Thursday’s Brexit debate, motions calling for a second referendum enjoyed so little parliamentary support that they weren’t even selected for a vote. The opinion polls show it’s the prospect of No Deal, not a People’s Vote, that is gaining traction.

But the Continuity Remainers seemingly have no strategy for reversing their fortunes – save for one of unremitting self-degradation. Attempts by the second referendum campaigners to co-opt Jeremy Corbyn to their cause have now moved beyond desperation to outright humiliation.

Shadow Brexit Secretary Keir Starmer has successfully moulded himself into the Continuity Remain’s great white hope. But the continued effort to convince them – and I suspect himself – that all that is required is a little more time before his leader sees the glorious light of a People’s Vote has become farcical.

So farcical, in fact, that Corbyn and his team no longer feel the need to keep up anything other than the most superficial appearances. Confronted by Starmer over the omission of a second referendum from his letter to Theresa May – an option he had been reassured would be in the text – their response was succinct. ‘We just forgot,’ they said. This is how much significance Corbyn really attaches to last year’s Labour Conference motion backing a new referendum.

Given the Labour leader showed zero interest in supporting Remain during the first referendum, he was hardly going to join calls for a new attempt. Especially after 17 million people, many of them Labour supporters, had voted the other way.

What second referendum campaigners fail to recognise is that, while Corbyn is indeed a neo-Marxist, anti-European ideologue, there is also a simple political calculation behind his positioning. Call it the ‘All Mouth And No Trousers’ hypothesis. Corbyn believes the Continuity Remainers are bluffing. That for all the sound and fury, when push comes to shove they will have nowhere else to go. 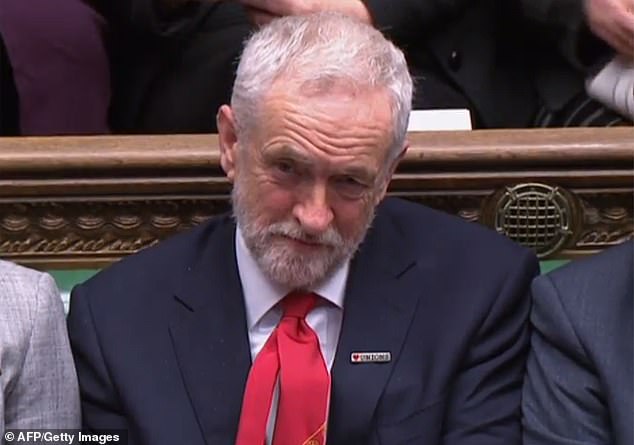 What second referendum campaigners fail to recognise is that, while Corbyn is indeed a neo-Marxist, anti-European ideologue, there is also a simple political calculation behind his positioning

He can ignore their demands and they will cry and scream and send an angry tweet or two. But then they will fall meekly into line. Actually, it’s the ‘All Mouth And Keir Starmer’s Trousers’ hypothesis.

The validity of this rationale can be seen every day in the way the Brexit debate is playing out in the Commons. We have seen MPs of all sides coming together to map out differing strategies – the Cooper/Boles amendment to extend Article 50. The Malthouse and Brady Compromises that actually secured a parliamentary majority a couple of weeks ago. The Spellman/Dromey amendment that also won a majority for ruling out No Deal.

But the second referendum campaigners are nowhere to be seen. Those demanding a People’s Vote haven’t even managed to organise an MPs’ vote. Or even get as far as successfully tabling an amendment calling for one.

And for all the grandiloquent talk of letting Parliament ‘have its say’, they aren’t even close to winning over a majority of their own colleagues, never mind a majority of the nation’s 30 million voters.

Incandescent No 10 rages at the rebels

But privately, Theresa May and her aides are incandescent at those Tory MPs who abstained on the so-called Brady compromise, saying it seriously undermines her efforts to wring concessions from Brussels.

‘What these f****** need to understand is the EU are contemplating giving ground,’ a furious No 10 official raged to me last week. ‘But every European leader the PM has talked to is asking her the same thing. “If we give you something concrete on the backstop, can you guarantee you can get the deal through?” Not just the withdrawal agreement, but the whole package. The political agreement, a trade deal, an immigration deal, the works. And every time they see us lose a vote they shrug and say, “Sorry, what’s the point? Your House of Commons won’t go for it.” ’ The f****** have been warned.

‘We’re biding our time, waiting for the right moment,’ one Remainer told me last week. ‘Biding its time/Waiting for its moment’ will be the inscription on the second referendum campaign’s gravestone.

Even some of Continuity Remainers’ staunchest allies are now acknowledging the truth. ‘Today there is no political force and no effective leadership for Remain,’ European Council President Donald Tusk bluntly told reporters. And he’s right. Simply look at the media attention lavished on pro-EU campaigner Victoria Bateman after she stripped last week while being interviewed on Radio 4’s Today programme by John Humphrys.

That the naked academic has become the face, sternum and derriere of the anti-Brexit campaign tells you everything you need to know. With the future of the nation in the balance, the second referendum campaigners are literally making an exhibition of themselves.

To what end? Last week we saw Dominic Grieve, David Lammy, Anna Soubry and Ben Bradshaw castigate Mrs May for ‘running down the clock’ to force her model of Brexit over the line. But they are doing exactly the same thing.

Devoid of a strategy, momentum or public support, the second referendum campaigners are playing an identical – and equally reckless – game. They are blocking any deal, while watching the hands of the Brexit doomsday clock tick inexorably towards midnight in the desperate hope that something, anything, might turn up.

What do they think that will be? Mrs May will throw up her hands and say: ‘Enough! You win! Let’s have that People’s Vote!’ A swathe of Conservative and Northern Labour MPs will exclaim: ‘Screw my voters. A second referendum, and be damned.’ A nude academic will win over voters with the compelling intellectual argument that ‘Brexit leaves Britain naked’.

The jagged edge of the Brexit abyss is now in sight. The Continuity Remainers have to decide what they are trying to achieve. And they must reach their decision before the clock strikes midnight.

Labour MP Vicky Foxcroft has been abused online after her call to equalise prize money between the women’s and men’s FA Cup. But the Lewisham Deptford MP – whose seat includes Millwall FC’s The Den – is unfazed. ‘It would send an important signal to girls and women… so I’ll keep pushing,’ she tells me. As the Millwall song almost goes: ‘The trolls don’t like her, but Vicky doesn’t care.’

Quotes of the week

‘It was a normal life… Every now and then there were bombs and stuff. But other than that…’

‘Don’t use that as an insult. There’s nothing wrong with being gay.’

England cricket captain Joe Root hits back at West Indies bowler Shannon Gabriel, who taunted him by asking: ‘Do you like boys?’

‘It’s the one with the doppelganger, your honour.’

Prosecutor Joe Allman uses a Friends joke in the case of theft suspect Abdulah Husseini, a dead ringer for David Schwimmer, who played Ross in the show. 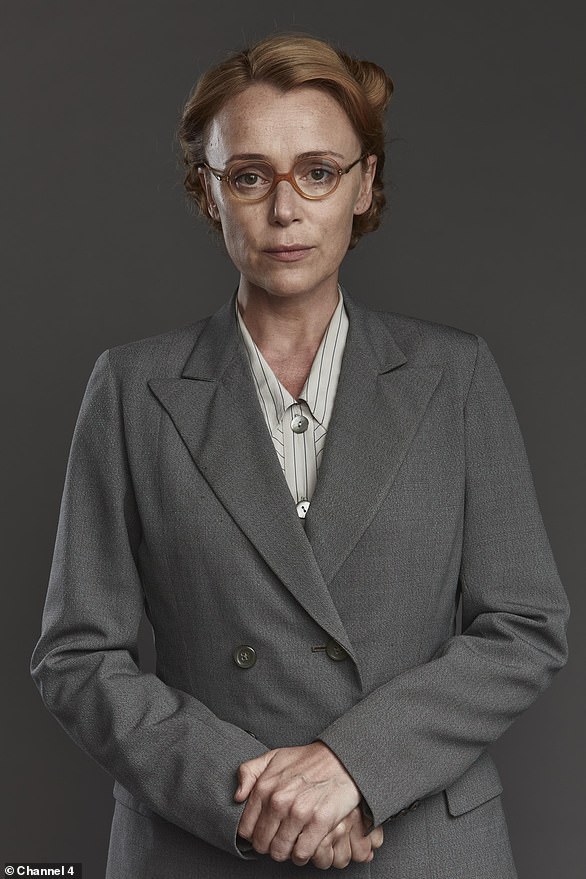 ‘It was just me with no make-up at all. It was a bit of a cruel thing to read.’ Keeley Hawes, who was described as wearing special ageing make-up for her role, above, as a dowdy civil servant in Traitors

‘Don’t behave like you’re on a stag do. If you’re a male in a male-heavy case, don’t ask the female counsel to fetch your coffee.’

Barrister Joanna Hardy with one of her tips to men to help women survive in the law profession.

Former England footballer Alan Mullery recalls his quip to goalkeeper Gordon Banks after his ‘save of the century’ at the 1970 World Cup. Banks died last week aged 81. 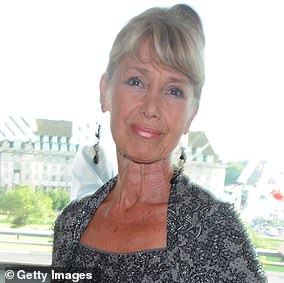 ‘Like Elizabeth Taylor but without the diamonds’. Jan Leeming

‘Shopkeepers. When selling booze, say to your customers “It’s Friday, it’s 5 to 5…” and if they reply “And it’s Crackerjack”, you don’t have to check their ID.’

Viz comic joke as the BBC announces the show is making a comeback.

Newsreader Jan Leeming laments the failure of her five marriages.