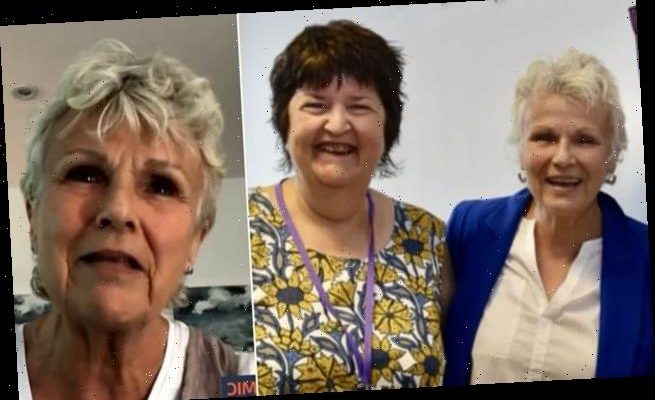 Dame Julie Walters has urged the British public to ‘stay alert and listen out’ for signs that women may be in an abusive situation during lockdown.

The award-winning actress, 70, appeared on Good Morning Britain from her West Sussex home, alongside Julie Budge, the CEO and founder of domestic abuse charity My Sisters’ House Women’s Center.

She urged anyone in a violent or abusive situation to reach out to women’s charities for help, while Budge, from Bognor Regis, explained that local organisations are still open and willing to help women throughout the pandemic. 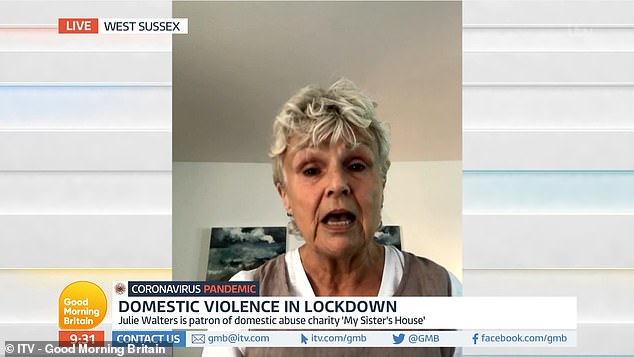 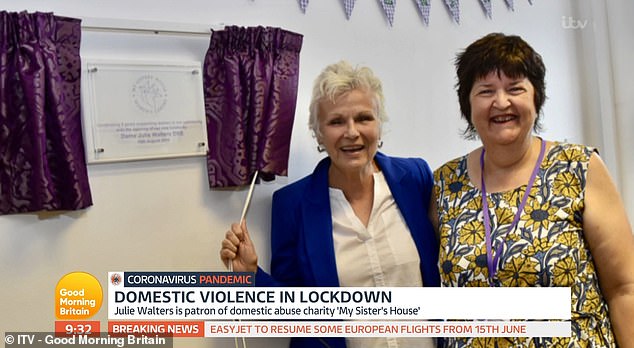 She appeared on Good Morning Britain from her West Sussex home alongside Julie Budge (pictured right) , the CEO and founder of domestic abuse charity My Sister’s House when the actress visited the centre in August 2019

The actress said: ‘I think we have to stay alert, listen out.

Speaking of those in an abusive situation, she said: ‘There are lots of helplines, you can ring up. There’s a code so if there’s anyone who’s frightening you, they won’t know what you’re saying or who you’re speaking to.’

When asked why she was so passionate about the cause, Julie said: ‘A lot of people ask if I was abused and I’m very fortunate I haven’t been. I guess I’m attracted to it because I’m a woman, basically.’

The actress was named patron of My Sisters’ House after opening its refurbished centre last August and Budge said it was ‘amazing’ to see the staff spirits lifted by her visit. 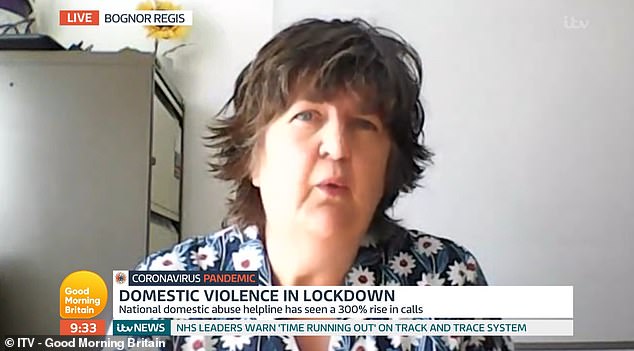 Budge, from Bognor Regis, explained that local organisations are still open and willing to help women throughout the pandemic 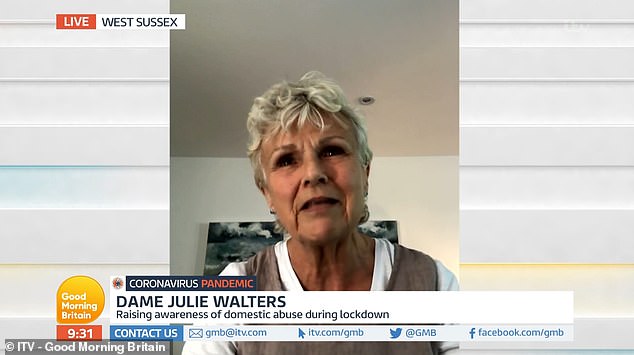 ‘It’s been an absolute amazing dream, when you think we set up from my kitchen table and we’ve developed and grown and grown.

‘Having someone like Julie Walters, for me it was so amazing to see her in real life. When she came to the centre, it was such a lovely thing for the staff who work so hard.’

She went on to insist that for many women, ‘this isn’t the first time they’ve been in lockdown’, and urged those in abusive situations to seek help.

Calling from a mobile

It is always best to speak to the operator if you can, even by whispering. You may also be asked to cough or tap the keys on your phone in response to questions.

If making a sound would put you or someone else in danger and the operator cannot decide whether an emergency service is needed, your call will be transferred to the Silent Solution system.

You will hear an automated police message, which lasts for 20 seconds and begins with ‘you are through to the police’.

It will ask you to press 55 to be put through to police call management. The BT operator will remain on the line and listen. If you press 55, they will be notified and transfer the call to the police. If you don’t press 55, the call will be terminated.

Pressing 55 does not allow police to track your location but will be transferred to your local police force. If you are not able to speak, listen carefully to the questions and instructions from the call handler so they can assess your call and arrange help if needed.

Calling from a landline

Because it’s less likely that 999 calls are made by accident from landlines, the Silent Solution system is not used.

If, when an emergency call on a landline is received: there is no request for an emergency, the caller does not answer questions, only background noise can be heard and BT operators cannot decide whether an emergency service is needed, then you will be connected to a police call handler as doubt exists.

If you replace the handset, the landline may remain connected for 45 seconds in case you pick it up again. If you pick up again during this 45 seconds and the BT operator is concerned for your safety, the call will be connected to police.

When 999 calls are made from landlines, information about where you’re calling from should be automatically available to the call handlers to help provide a response.

‘I think the really important thing to remember is it’s tough out there and for a lot of women. This isn’t the first time they’ve been in lockdown.

‘We have to think, these women are in survival mode, they can cope, they are strong, some of them.

‘Your life matters, what you need to do is ask for help. You’re not alone and the challenge is how you do that.’ 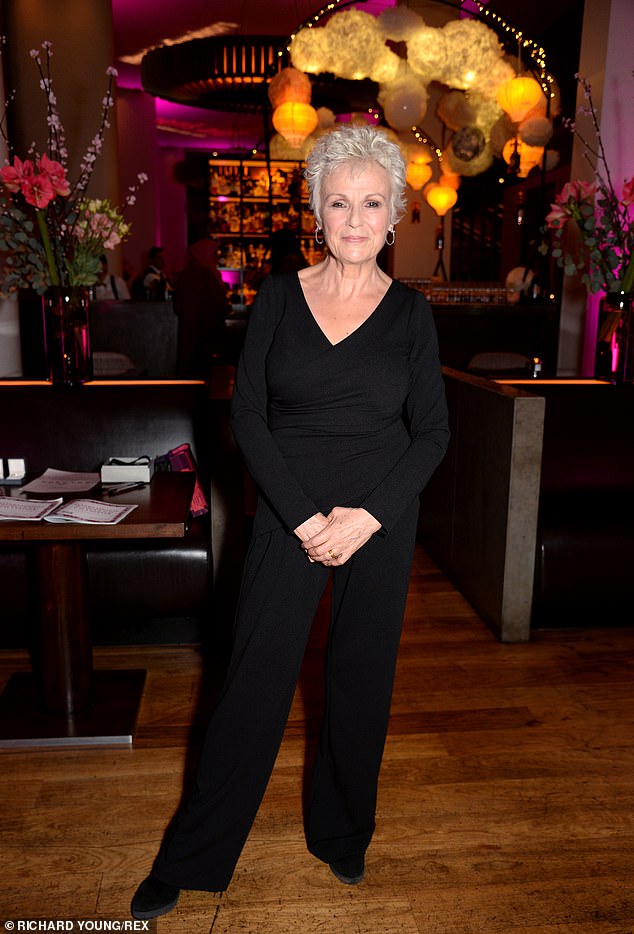 Julie, pictured at a Women’s Aid Reception in London last year, is a keen advocate of women’s rights

She went on to say that domestic abuse will continue once lockdown has been lifted, once again urging those who witness violence to help women in abusive situations.

‘We have to be conscious that post-lockdown this will not go away. All the small charities like us are going to have an influx of women.

‘I want to say we are part of the community, if you see something hear something know something, for god’s sake phone one of the agencies out there.’