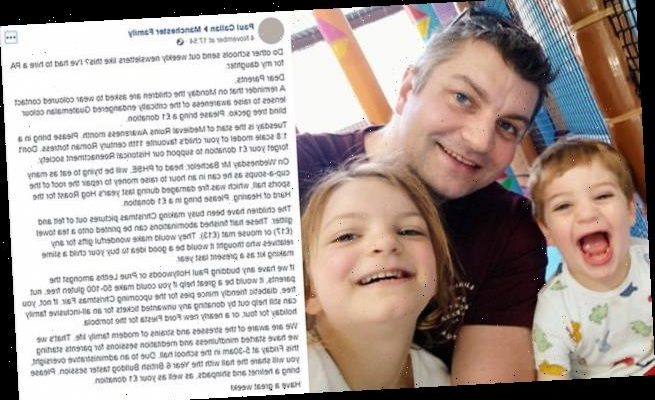 A father has been praised by parents for his hilarious take on his daughter’s school newsletter – and even suggesting he needs to hire a PA for the youngster.

After being bombarded with requests for charity donations, art projects and contributions to the Christmas fair, Paul Callan from Manchester shared his own hilarious version of the school newsletter to Facebook.

‘A reminder that on Monday the children are asked to wear coloured contact lenses to raise awareness of the critically endangered Guatemalan colour blind tree gecko. Please bring a £1 donation,’ he wrote

‘Tuesday is the start of Medieval Ruins Awareness month. Please bring in a 1:8 scale model of your child’s favourite 11th century Roman fortress. Don’t forget your £1 donation to support our Historical Re-enactment society.

The father-of-two, who works as a doctor in Wythenshawe Hospital was applauded by parents on social media, who branded it ‘priceless’ and said they had never laughed so much. 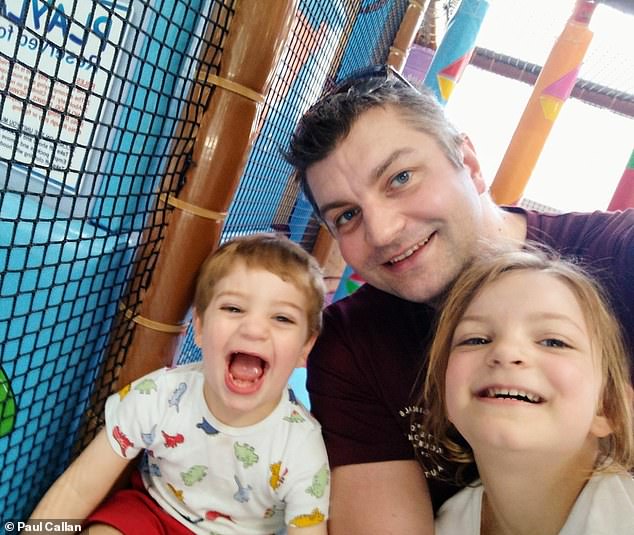 Paul Callan, from Manchester, revealed his children’s school’s excessive demands when he uploaded the newsletter to social media 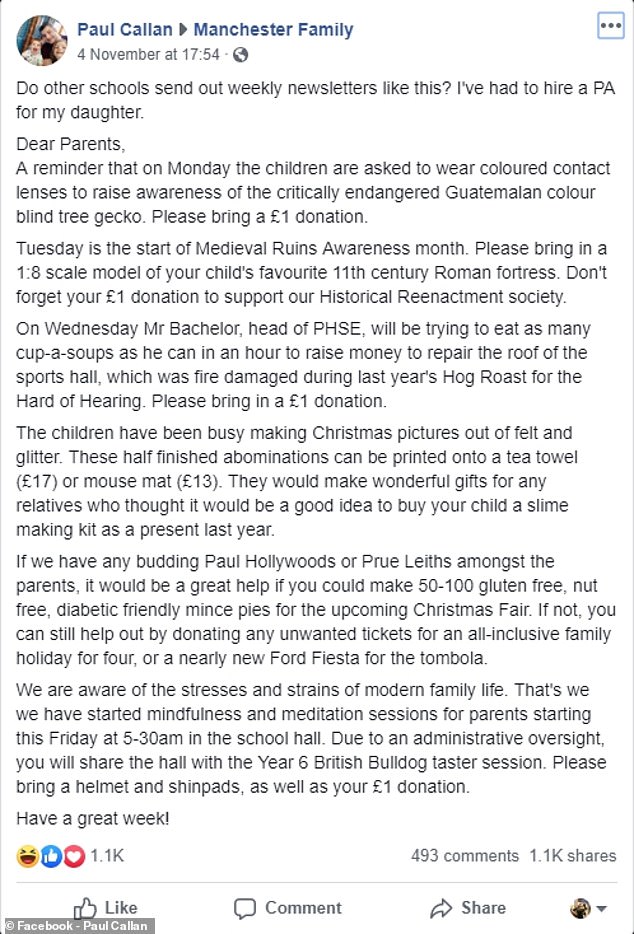 Posting the ‘newsletter’ on social media, Paul wrote: ‘Dear parents, on Wednesday Mr Bachelor, head of PHSE, will be trying to eat as many cup-a-soups as he can in an hour to raise money to repair the roof of the sports hall, which was fire damaged during last year’s Hog Roast for the Hard of Hearing. Please bring in a £1 donation.

‘The children have been busy making Christmas pictures out of felt and glitter.

‘These half-finished abominations can be printed onto a tea towel (£17) or mouse mat (£13). They would make wonderful gifts for any relatives who thought it would be a good idea to buy your child a slime making kit as a present last year. 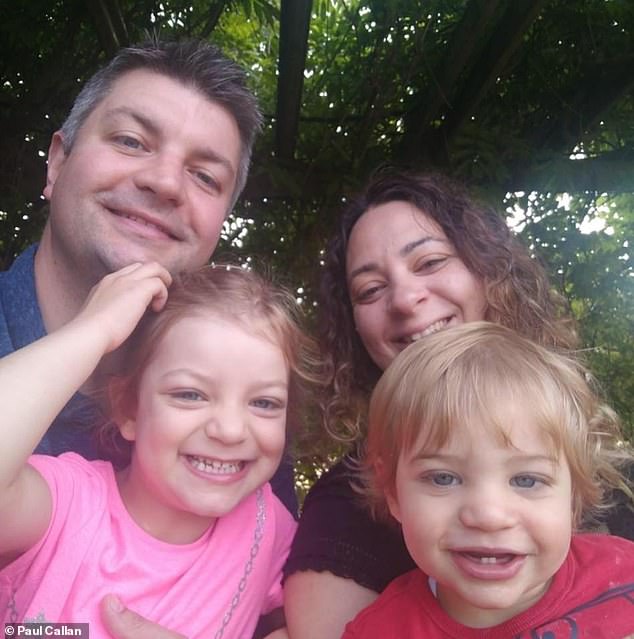 After the doctor, pictured with his wife and children, posted the message online parents came out in support and branded it ‘priceless’ and said they had never laughed so much

‘If we have any budding Paul Hollywoods or Prue Leiths amongst the parents, it would be a great help if you could make 50 – 100 gluten free, nut free, diabetic friendly mince pies for the upcoming Christmas fair.

‘If not, you can still help out by donating any unwanted tickets for an all-inclusive family holiday for four, or a nearly new Ford Fiesta for the tombola.

‘We are aware of the stresses and strains of modern family life. That’s why we have started mindfulness and meditation sessions for parents starting this Friday at 5:30am in the school hall.

‘Due to an administrative oversight, you will share the hall with the Year 6 British Bulldog taster session. Please bring a helmet and shinpads, as well as your £1 donation.’

Fellow parents were delighted by his ‘awesome’ efforts with one saying they hadn’t laughed so much in ages.

A second said: ‘Voluntary contribution for the school trips got me. If don’t get enough money the trip is cancelled!’

And a third wrote: ‘Don’t forget the class meetings, stay and plays, class assemblies and presentations to attend… at 10am or 2pm or any other time that is impossible for working parents.’

Another added that the £17 tea towel price was ‘hilarious’, saying they would never spend that much.