But the couple were slammed by viewers for turning their “dark and condemned” home into a “B&Q warehouse” by painting the windows neon orange and the walls grey.

In the clip, the newly renovated house features the charcoal grey walls and a corrugated metal casing surrounding the back of the lower floor.

The show’s host, George Clark asked the couple what they thought of their newly renovated house.

Amifa replied: “I absolutely love it, it’s better than I imagined it to be, it’s much better”.

When George brings up the eye-catching window colour he reminded Amifa of her initial statement awards the windows.

“I’ve noticed that you’ve got more than one orange window,” he said.

“Yeah, I got a few orange windows, slash, all of them,” Amid quips. 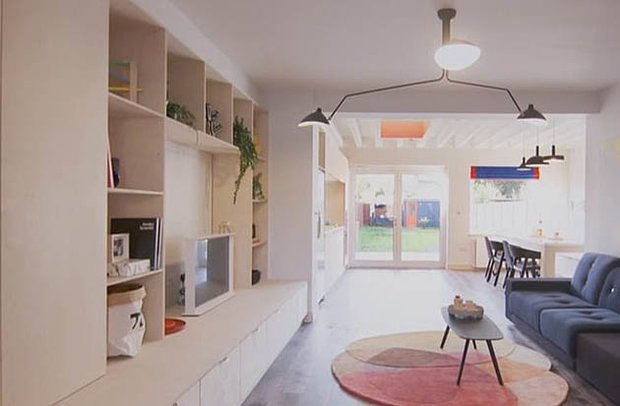 “When we realised we liked what we liked we just went with it.”

Despite being overjoyed by their new home, viewers back home were stunned at Amifa and Amid’s dramatic renovations.

One viewer quipped that that’s what you get “when easyJet gets the order for making the windows for your house”. 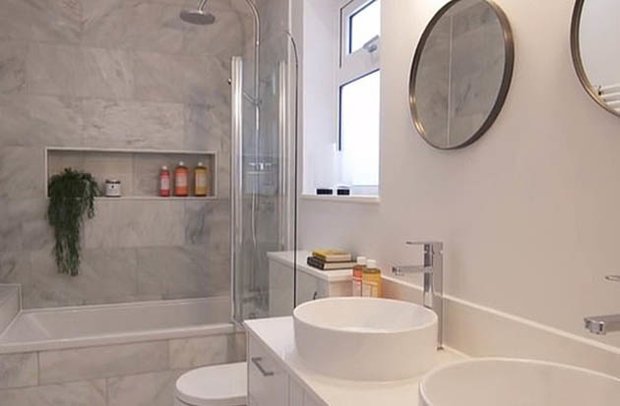 “They’ve turned their house into a B&Q?” another asked.

“Looks like a bloody tin shed and clashes with all the others nearby.”

Other viewers said they were won over by the “cute family” and their aim to provide a loving home for their growing family.