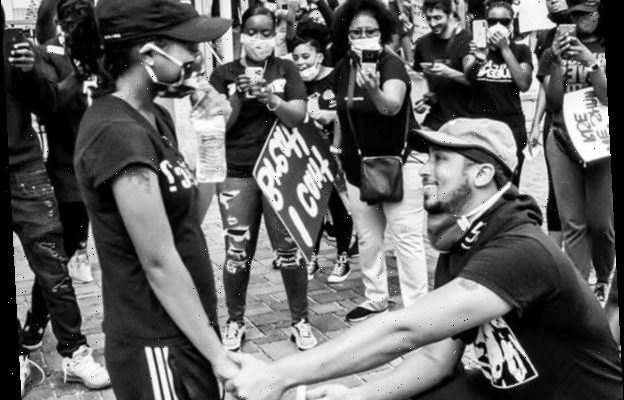 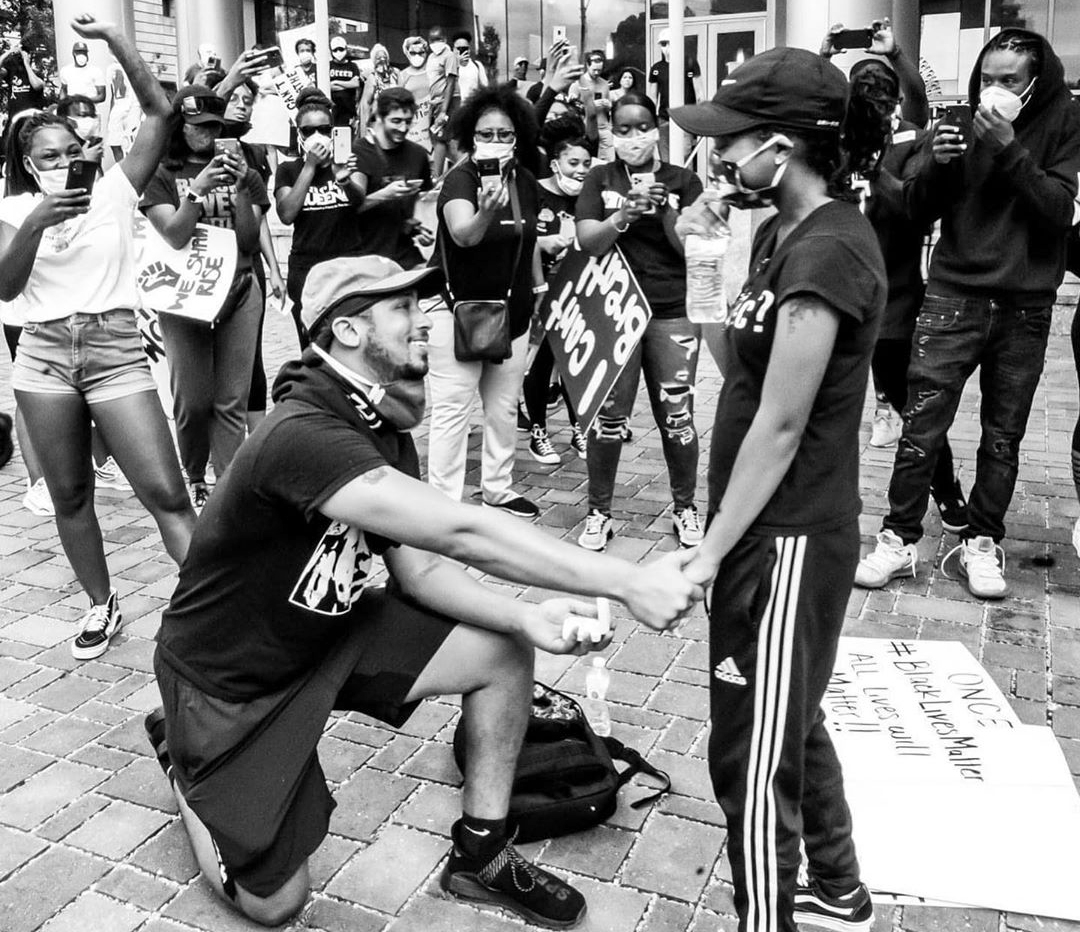 Across the United States, countless emotional pictures have emerged of those participating in the protests ignited by the police killing of George Floyd. Crowds of people, including celebrities like Halsey, Ariana Grande and Nick Cannon among others, have been photographed marching in unity. But this weekend, one particular image caught the eye of many individuals on social media: A man proposing to his girlfriend during a protest.

In a conversation with E! News, Xavier Young revealed that the proposal nearly didn’t happen in the way it did. He shared that he and fiancée Marjorie Alston weren’t going to go at first because she’s pregnant and he had prior obligations. “I didn’t want her out there alone,” he explained.

Luckily, Xavier was able to cancel his plans and started packing a book bag with the essentials, along with the ring that he “snuck” in.

As they made their way over to the protests in Raleigh, North Carolina, Xavier said he “completely forgot” he had the ring in his bag.

However, when the opportune moment arrived, Xavier said he told Marjorie and their friend to stop on the sidewalk so he could grab his water. And then, in his own words, “boom, proposal.”

By coincidence, photographer Charles Crouch was in the right place at the right time. “I had my camera with me to document it for my company, 4C Visuals Group. I just happened to be standing right there when he went down on his knee. I began taking pictures,” he told E! News.

Crouch later shared three of the photos he took that day, along with the caption: “Went downtown to the protest against police brutality. I was blessed to capture this proposal in the midst of what would become chaos.”

“Making history while witnessing history,” Xavier captioned his own video of the proposal.

For now, the couple is celebrating their engagement, but Xavier shared that they hope to wed in 2021.

To learn how to take action and get involved, please click here.