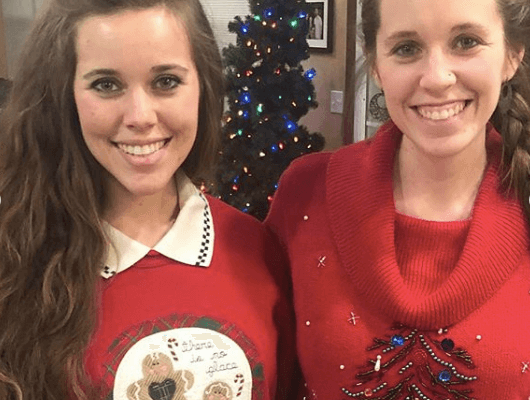 Anyone who has a sister knows that tensions can run high, especially during the teenage years. But when you’re living in a house with eight sisters? That’s when things can get really complicated.

The Duggar family rose to popularity back in 2008 with the premiere of their hit TLC show, 19 Kids and Counting. At the time, Jill and Jessa Duggar were just young girls, and their arguments were typical of any sisters living under one roof. Now that the two are grown and married, their disagreements with one another runs deeper.

Are Jessa and Jill best friends, or do they secretly hate each other? It turns out Jill might be jealous of her little sister… and vice versa.

People call Jessa “the pretty one”

The Duggar children all have such similar genes – it’s obvious just by looking at them that they’re related. But for years, people have described Jessa as “the hot one” and everyone pretty much agrees that she’s one of the more attractive Duggar children. One person probably affected by this most of all? Her older sister, Jill. It probably hurts Jill’s feelings when everyone talks about how pretty her younger sister is.

Jessa copies everything Jill does

Jill got married first when she made things official with Derick Dillard.  Jessa followed shortly after with her wedding to Ben Seewald. Jill announced her pregnancy with her son, Israel, and it wasn’t long before Jessa got pregnant too.

That’s fairly typical for the Duggar family, but it still must have been frustrating for Jill to have to share the spotlight so quickly with her younger sister.

Then there are some fans who believe the opposite is true. Since Jessa was technically dating Ben before Jill started courting Derick, they think Jessa was annoyed that Jill got to get married first just because she was older. Jessa Duggar with her sister, Jill | Jessa Seewald via Instagram

Jill got the better house

There are plenty of reasons for Jess to be jealous of Jill, however. Like how Jill got a gigantic house right after she got married while Jessa moved into a rental property owned by their father, Jim Bob, that was tiny and had tons of issues – including mold problems.

Jessa swore she wasn’t jealous that Jill got a better house. But fans aren’t sure they believe her.

“The reason why Jill got the big house was because it’s really close to Derick’s work and so it’s kind of the opposite of town. We don’t mind though, really,” she said. “That’s a lot of work to keep up with. They have three floors. It’s got to be a lot of work,” Jessa said. Still, it seems impossible to resist the temptation to compare one house with the other.

The sisters fought all the time as kids

Even old wounds take time to heal. In the book Growing Up Duggar: It’s All About Relationships, there are plenty of stories about the girls constantly fighting. That may be typical behavior for kids, but memories of that tension could extend even into adulthood.

Do Jill and Jessa get along in real life?

The show Counting On only offers a small glimpse into the lives of the Duggar children. And you can’t believe everything you see on television, especially so-called reality television.

One thing’s for sure: the two sisters play nice on the show and they appear to get along whenever there’s someone nearby taking pictures. But there are plenty of reasons for the sisters to get annoyed with one another and even jealous of what the other has.