If you’re a diehard Friends fan, you need to see this Harrisburg, Pennsylvania couple’s proposal at the Friends pop-up shop in New York City. Brian Miller, 29, took one of the greatest TV moments of all time and brought it to life in his proposal to Mariah Henry, 26, on Oct. 5 at the Friends 25th anniversary pop-up shop put on by live entertainment company Superfly. Remember the episode where Monica is doing the funny dance with the turkey on her head and Chandler just blurts out "I love you" for the first time? That was his inspiration.

While Henry, a diehard Friends fan, was posing for a picture with a fake turkey over her head, Miller got down on one knee to pop the question. After dancing around with the turkey on her head, she removed it to see her boyfriend of three years ready to propose. She was so shocked, she dropped the turkey head, but quickly said yes.

"When we first started dating in July 2016 and were still in the ‘getting to know each other’ phase, I shared that my favorite TV show was Friends," Henry, a compliance specialist, tells Elite Daily. "Lucky for him, the show was on Netflix, so he decided he would watch all 10 seasons so that we could quote the show to each other — quoting movies and shows is one of Brian’s favorite things to do. After that he was hooked." The Thanksgiving episode, "The One With All The Thanksgivings," happens to be among Henry’s favorite episodes.

The proposal was perfectly on-theme for this couple. Henry identifies as a total Monica, while Miller is very much like Chandler.

"I am super competitive, whether it’s Go Fish with my eight-year-old nephew or knowing the best secret (like Monica in "The One With Phoebe’s Husband")," Henry says. "I plan everything to a ‘T’ and can be a little (a lot) controlling — in a good Monica way, of course. I have Monica’s spunk and her caring, motherly nature for my friends. I’ve also been known to shout, ‘I know!’ when I’m excited about something." 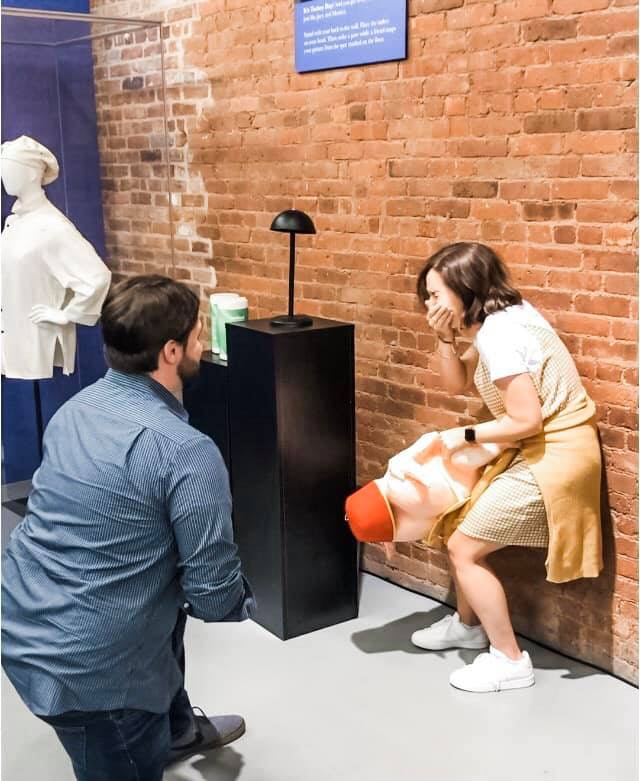 "Brian, on the other hand, is known for his quick wit and jokes," says Henry, noting that he’s sarcastic and will do anything for his best friends. Miller, a senior auditor at an accounting firm, works with numbers, just like Chandler did at one point in the series.

While the Friends-inspired proposal was pitch-perfect, it wasn’t the original plan, Henry says. Miller initially intended to propose on Halloween, which is Henry’s favorite holiday and birthday. "I’m a total sleuth," she says. "Everyone thought that I would find out Brian’s proposal plan…and I did!" Miller accidentally let some details of his plans for a Halloween proposal slip to some friends and Henry sniffed it right out. Luckily, he was able to pivot. (Pivot!) 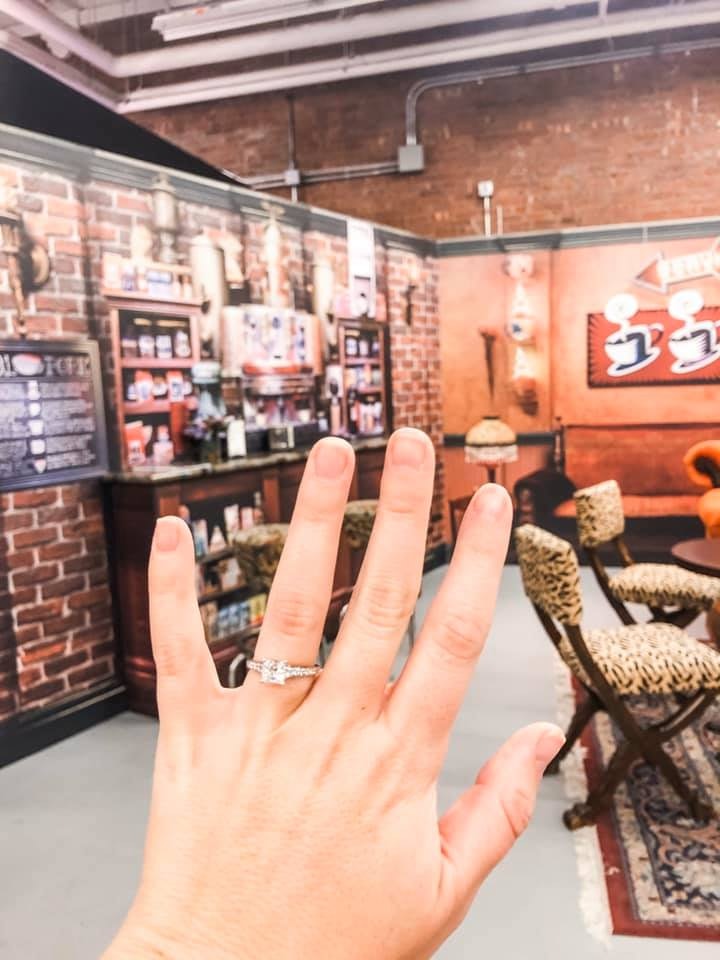 "We already had tickets to the Friends pop-up in NYC, so that part was no issue," Henry says. "Brian called the manager of the pop-up and asked questions about the turkey head to make sure I wouldn’t be able to see through it. He took the ring from his parents to our friends (who were coming with us) and they kept it safe until the big day." 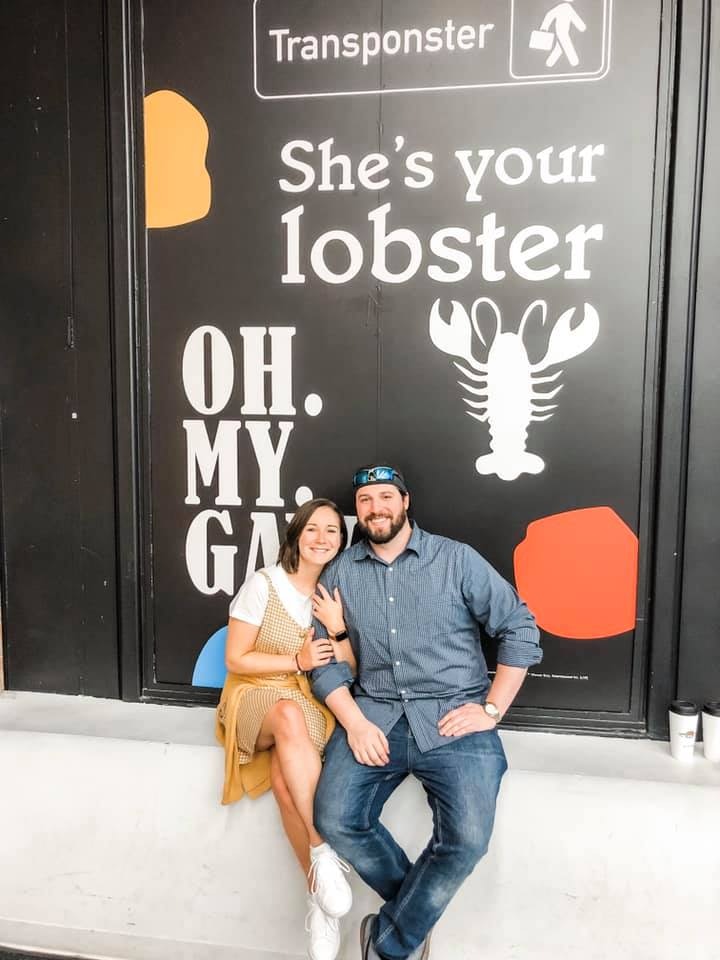 The friends returned the ring to Miller right before they entered the pop-up while Henry was in the bathroom — and the rest is history. According to Henry, "it was truly magical."