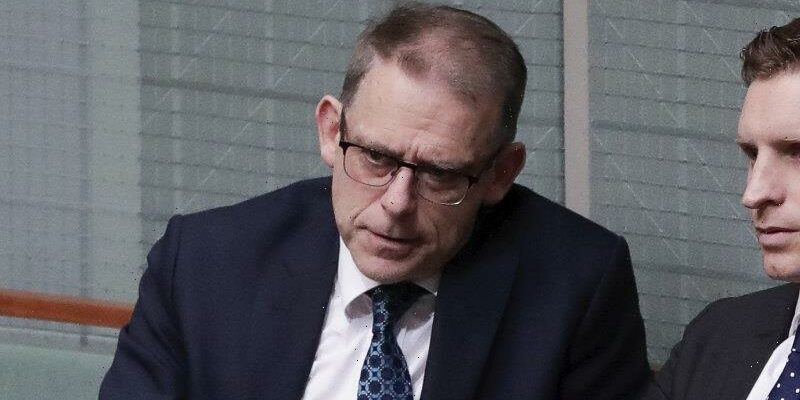 A factional contest is brewing inside Victorian Labor over who will replace federal veteran MP Anthony Byrne in the outer south eastern Melbourne seat of Holt, after he revealed his plans to retire at the federal election following facing months of backroom pressure to quit.

Mr Byrne, who helped expose a branch stacking racket allegedly run by disgraced Victorian MP Adem Somyurek, announced his resignation as the member for Holt to the party on Thursday after more than 20 years in the Federal Parliament. Mr Byrne also admitted to a Victorian anti-corruption hearing that he had also been involved in branch stacking. 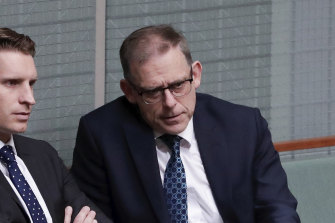 Anthony Byrne is leaving Parliament at the upcoming election.Credit:Alex Ellinghausen

The Victorian Labor Left faction is pushing to snatch the seat from the Right, with the party’s national executive to formally select the new candidate in the coming weeks after the Victorian branch was placed in administration following the Somyurek scandal.

The Right-aligned Shop, Distributive and Allied Employees’ Association, which has historically controlled the seat, is floating Stephen Parnis, an ER doctor and former vice president of the Australian Medical Association, as a potential candidate.

However, senior members of the state’s Left and Right factions concurred that union official Jo Briskey would likely be the Left’s first choice for the seat if the faction, which controls the numbers in the seat, was successful in taking it from the Right.

Mr Byrne was contacted for comment. Two Labor sources who spoke on the condition of anonymity said he was not happy about leaving the seat and he had complained to colleagues about being forced out.

One senior member of the Right, who asked not to be named so he could discuss internal party matters, said that an alliance between the SDA and the Left faction meant that it was likely “the Left will have to suck it up and do what the SDA tells them to do” in the end.

A senior member in the Left said there was a strong desire to install a woman in the seat, so that Labor could continue to meet its gender targets, but conceded the Right was in the box seat to retain its hold on Holt. Ms Briskey, a United Workers Union official, ran for the Queensland federal seat of Bonner in 2019, but has since moved to Melbourne.

Labor leader Anthony Albanese praised Mr Byrne’s “energy and devotion” over his two-decade-long career, highlighting his work in national security during 11 years on the Parliamentary Joint Committee of Intelligence.

“As he prepares to conclude his parliamentary career, Anthony speaks of owing the Australian Labor Party ‘a debt of gratitude and love’. The debt is mutual,” Mr Albanese said in a statement.

On Thursday, Mr Byrne wrote to ALP national secretary Paul Erickson to advise him he would not be a candidate in the next election, citing as one of the reasons for his departure “the role I played in assisting the IBAC investigation into allegations of corruption as part of Operation Watts.” In the letter, he said he remained a committed servant of the ALP and said his “proudest achievement has been my work in the area of national security for nearly 20 years.”

Mr Byrne’s whistle-blowing prompted one of the biggest purges of suspected corruption in the Labor Party in years. He encouraged other ALP whistleblowers to contact Victoria’s anti-corruption agency, the Independent Broad-based Anti-corruption Commission, in 2019, as well as making his own disclosures to IBAC behind closed doors and then, sensationally, in a public hearing last October.

IBAC’s investigation into the abuse of public funds by Mr Somyurek and his political allies was sparked after an expose by this masthead and 60 Minutes in July 2019. It included vision covertly filmed inside Mr Byrne’s electorate office that recorded ALP figures discussing branch stacking and the rorting of taxpayer funds.

Mr Byrne’s actions in exposing the branch stacking racket – and his own role in it – divided the Labor Party. Some senior figures argued he should be protected as a whistleblower, especially in light of the ALP’s support for a federal, far-reaching anti-corruption commission.

However, others in the ALP argued that given Mr Byrne had previously participated in and benefited from branch stacking, and may face adverse comment in IBAC’s impending report, he was a liability for the ALP in the lead-up to the federal election.