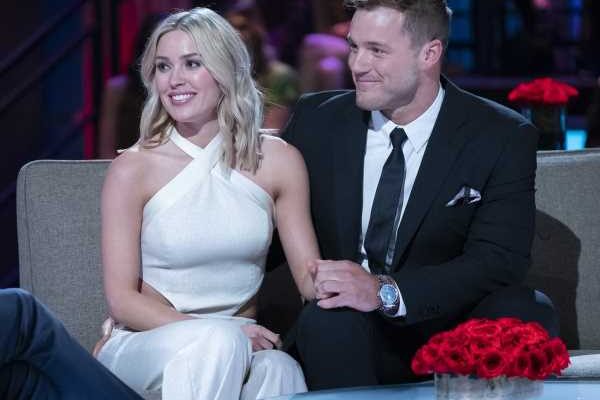 Just because the last Bachelor season is over, that doesn’t mean fans have stopped keeping up with Colton Underwood’s love story. That’s where Instagram comes in. He and final rose recipient Cassie Randolph have shared plenty of post-show updates. Over the weekend, Colton and Cassie went to Stagecoach and the photos prove that this Bachelor duo is going strong. Not only that, but they seem to be having a ton of fun together.

They even turned the musical festival into a family affair. They were joined by Cassie’s sister Michelle Randolph and her boyfriend Gregg Sulkin. Cassie’s brother Landon Randolph brought his girlfriend Saige Davis too. After that seemingly disastrous hometown date, it’s nice to see Colton having a great time with the Randolph family. If only Cassie’s dad Matt Randolph joined them for the country music festival, Bachelor fans would’ve loved to see him in some Instagram photos.

Colton and Cassie didn’t get one of those concert dates during his season of The Bachelor, but they’ve definitely made up for it since the show ended. Stagecoach isn’t the first music event they’ve enjoyed together. Last week, they joined droves of social media influencers at Coachella. Earlier this month, the couple attended the Academy of Country Music Awards in Las Vegas.

Aside from the cute couple photo that Colton shared on his Instagram page, Cassie shared a picture with some friends at the music festival on April 28.

Cassie also shared a photo with their whole crew from Stagecoach in front of that famous, giant ferris wheel.

On her Instagram Story, Cassie shared a sibling photo with her brother Landon at Stagecoach.

While Instagram Stories are a pretty modern practice, Cassie went old-school and took some Polaroid photos at the music festival. Still, she couldn’t help sharing pictures of the pictures on her IG Story.

Aside from the family time, Cassie and Colton also spent time with fellow Bachelor franchise alum Blake Horstmann. Oh, and NFL legend Rob Gronkowski and his girlfriend Camille Kostek, a Sports Illustrated model. In case anyone is wondering, how they know the recently retired football player, there is a Bachelor-connection, of course. Fellow Bachelorette Season 14 contestant Jason Tartick and Gronk go way back.

Colton, Cassie, and Blake weren’t the only Bachelor alums at Stagecoach. Blake’s short-lived, rumored flame Kristina Schulman enjoyed the weekend as well. Did they run into each other? That’s unclear. One thing that is clear is that Kristina put effort into her Stagecoach look. She dressed the part, rocking a cowboy hat, boots, and a bandana.

The Bachelor Season 23 contestant, and Cassie’s new neighbor, Caelynn Miller-Keyes attended the music festival as well. Of course, Caelynn posed for a photo in front of the ferris wheel.

Former The Bachelorette lead Andi Dorfman and two-time Bachelor in Paradise contestant Amanda Stanton went to Stagecoach together. And, yes, they two got a photo in front of that famous ferris wheel at the festival grounds too.

After finishing up The Bachelor, Colton and Cassie have made it a priority to spend time with each other, friends, and family. They’ve even enjoyed some great music in the process. Just like most other couples that meet on reality TV, they’ve had their doubters, but they really do seem to be enjoying their time together.