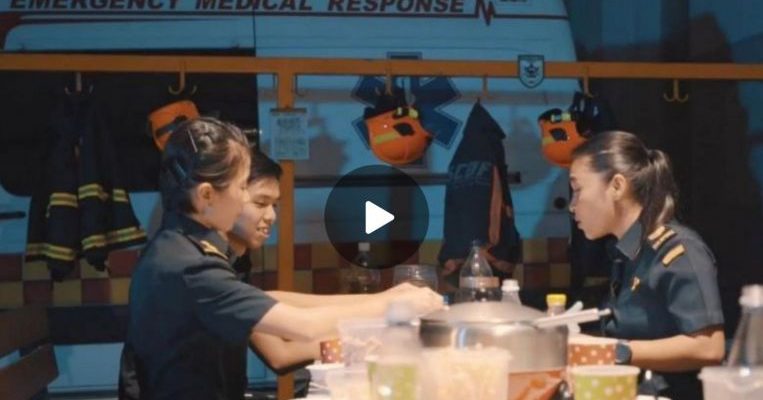 SINGAPORE – Preparing your list of topics for small talk for when you meet your distant and not-so-distant relatives this Chinese New Year?

Why not use a couple of videos to fill in the awkward silences instead?

Here are some videos on the Internet you might want to watch as you usher in the Year of the Pig.

1. A Homely Reunion That’s Away From Home

The song used is a remix of the popular Chinese New Year song Gong Xi Gong Xi and sung by SCDF personnel.

Players from the Premier League team, such as Aaron Ramsey, Mesut Ozil and Bernd Leno, donned traditional Chinese tunics in a video for their Chinese fans. In the video, the players are seen playing mahjong, lighting firecrackers and asking for red packets. According to Ozil, eating chicken will bring one good fortune.

Children’s entertainment company Badanamu, which had produced special Chinese New Year videos in the past, went the whole hog with its GongXi GongXi music video this year. The fun sing-along features – what else – cute pigs and piglets.

Malaysian budget airline Air Asia released a Cantonese video showing a family gathering for their reunion dinner and yusheng, with the matriarch of the family roping in air stewardesses to help her rein in her uncooperative family members. Bonus: The clip includes some unorthodox Chinese phrases you might want to use when tossing your yusheng this year.

Pundits will be happy to know that at the end of the video, Lowe the parrot picked these four lucky numbers for the year: 8076.