Finding her inner strength. Clare Crawley opened up about her mental health following her exit from The Bachelorette in 2020.

While doing a Q&A with fans via her Instagram Story on Tuesday, September 13, the former Bachelorette — who starred on season 16 of the reality show before she was replaced by Tayshia Adams — got candid when asked if she regretted her time on the show.

“I was in one of the darkest lowest place[s] in my life after the show for sure. For awhile [sic],” the hairdresser, 41, candidly shared. “I also have a lot of PTSD from so many things that I have not shared publicly as well.”

‘Bachelor’ and ‘Bachelorette’ Leads Who Dated Their Former Suitors Post-Split

However, Crawley noted, she is working through the hardships — and is giving herself credit for her ability to bounce back from the curveballs life throws at her. 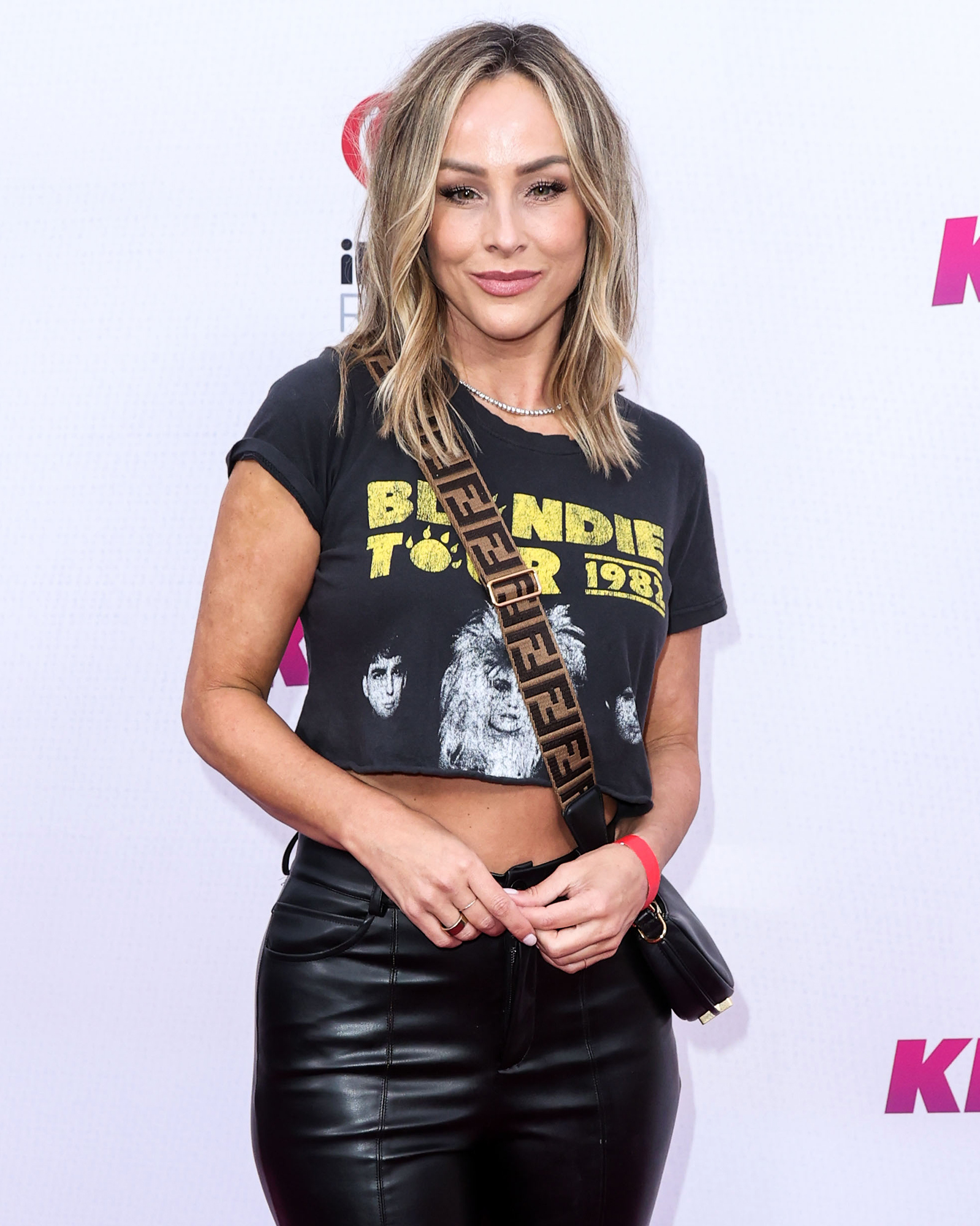 “I will say, the thing I pride myself on is RESILIENCE. I refuse to let anything get the best of me and keep me down,” the TV personality added, revealing that, ultimately, she doesn’t second guess her decision to star on the series. “I have sourced strength from the most challenging things in my life, and because of that I live with no regrets.”

The California native — who also teased a potential memoir about her time on The Bachelorette — got real about how she managed to create a life of happiness for herself two years after the show. 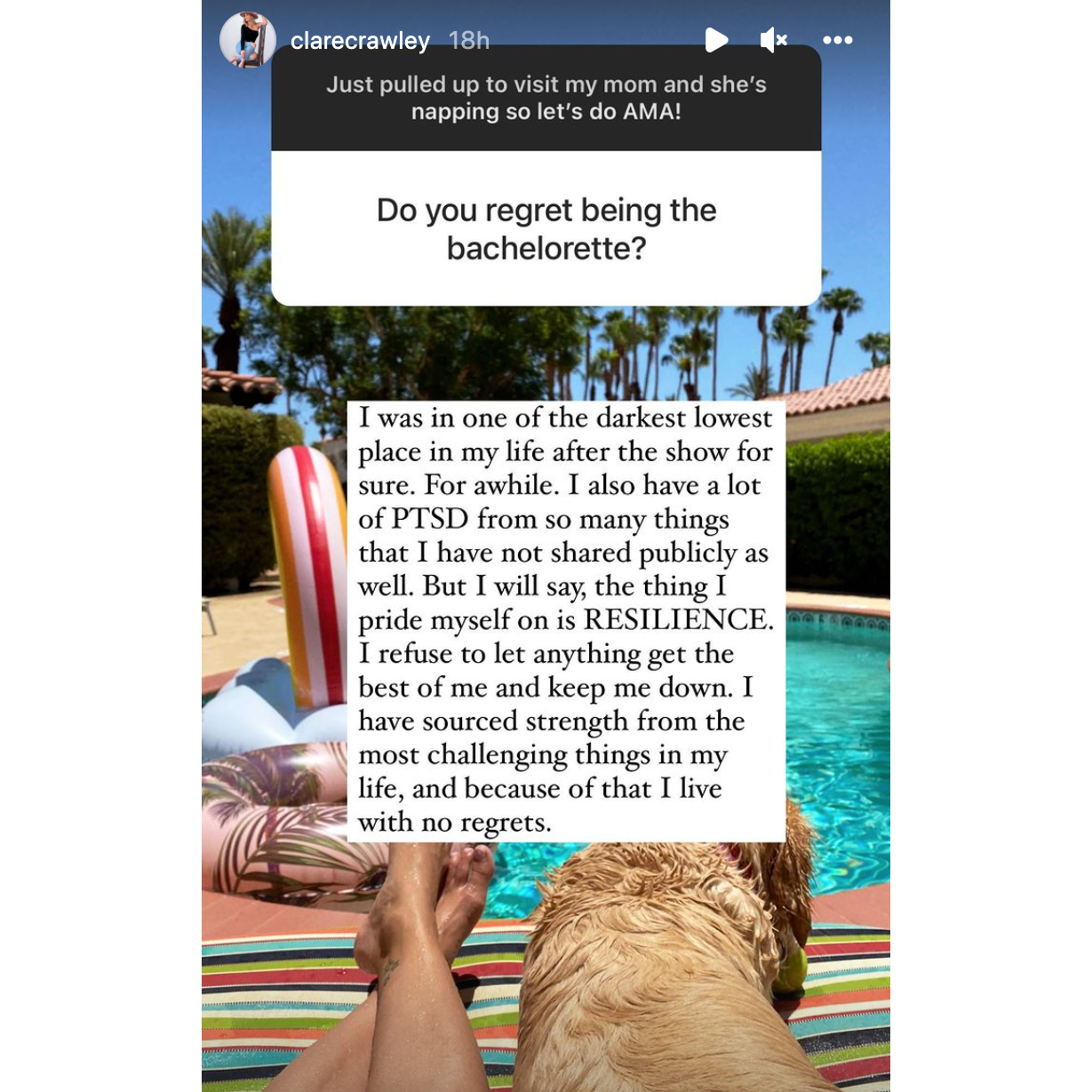 “Ive [sic] taken a LOT of time to myself to heal deep wounds and work on myself to create my own happiness … and continue to do so as needed,” Crawley responded in response to a fan who observed that she “finally look[s] happy.”

“Feels good to be in a place where I have a full bucket and not depleted and sucked dry,” the ABC alum added.

Part of the happiness in Crawley’s life is her new boyfriend, Ryan Dawkins, whom she showed off on Tuesday’s Q&A by posting a throwback video of herself grinning while cuddling with him.

“They met about a year ago and started out as friends,” a source exclusively told Us Weekly earlier this month. “She wanted to keep it private until she was ready to debut him as her new boyfriend. Close friends and family have known about it for a few months now but it was her secret to tell.”

The insider added that the pair have “built a real solid foundation,” noting that Dawkins, 45, “is mature, career-driven and a good father. He isn’t in it for fame, which is what makes him different from her past relationships.”

Crawley famously exited her season of The Bachelorette in October 2020 after finding love with contestant Dale Moss. After a series of ups and downs, the reality stars called it quits for good one year later.

Though she had a fling with her season 16 runner-up Blake Moynes earlier this year, a source exclusively told Us that the two were “never officially dating” and were just “enjoy[ing] each other’s company” during their time together. They split in August.

As for her romance with Dawkins, the couple became Instagram official earlier this month when Crawley shared a sweet video of the two jamming out in the car. “Him 💗,” she captioned the clip.