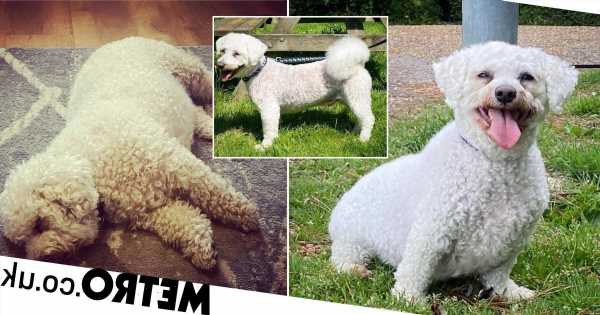 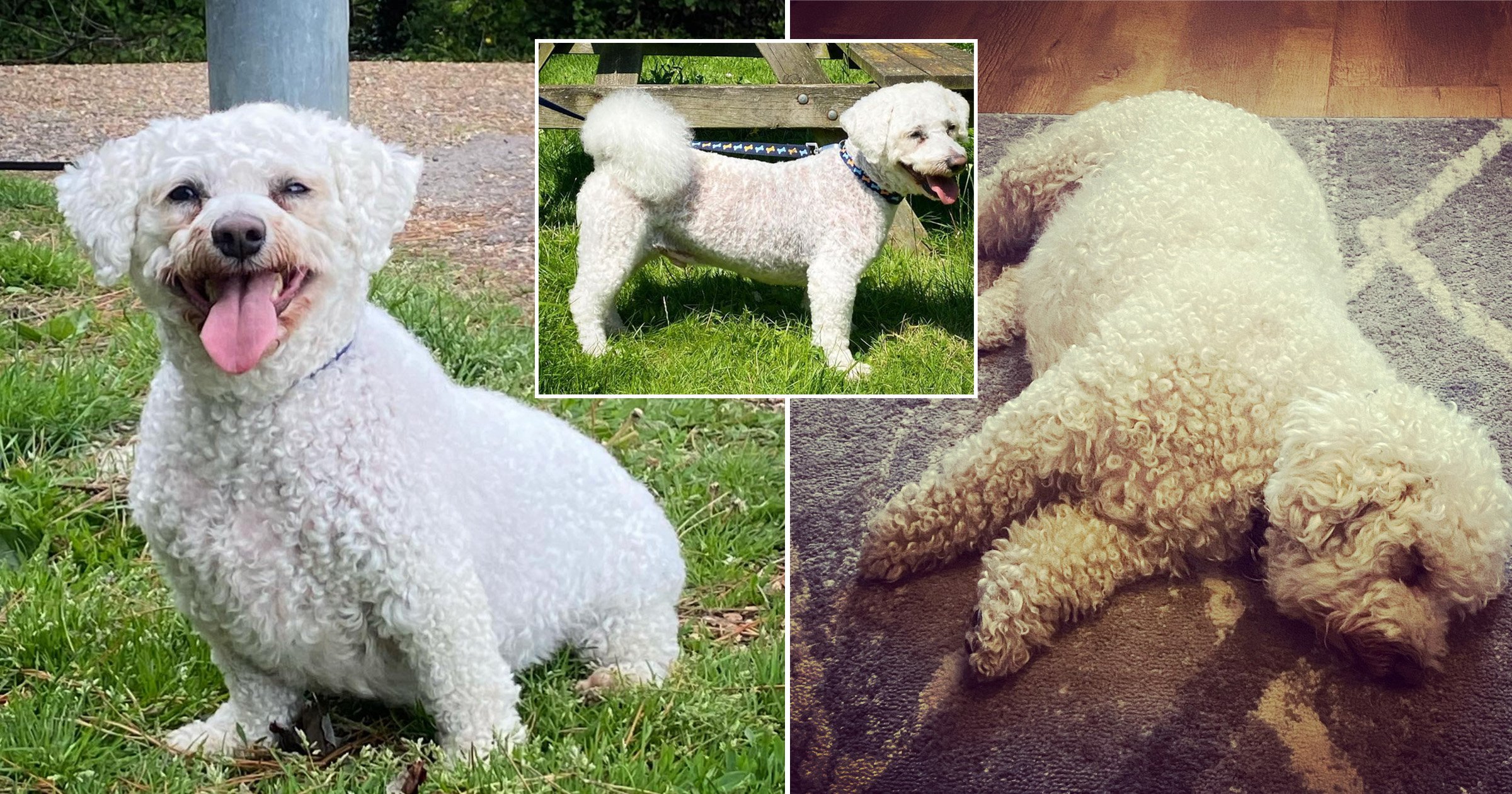 A bichon frise who weighed a whopping 13.5kg looks completely different after going on a diet and getting plenty of exercise.

Owner Tania, 52, previously got little Tommy as a puppy for her mum, but after she was diagnosed with Alzheimer’s and moved into a care home, Tania took him in and helped him lose weight.

The formerly chunky boy now weighs a healthy 9.5kg after losing 4kg in four months, meaning he can now happily play with Tania’s three other pups and chase the family cat.

Tania, an online business owner, said: ‘I took it upon myself to help him lose weight because I love a challenge, so it felt like the right thing to do.

‘I knew it was bad when one time he collapsed on the grooming table because he couldn’t stand up for any period of time.

‘I was told he was like an overweight human waiting for a heart attack because he was so unhealthy.

‘It’s taken a lot of dedication and commitment, but I’m really proud of how far Tommy has come in such a short time.

‘We have a whole clan of dogs who he enjoys playing with now. He definitely has a lot more energy, but he still has his lazy moments.

‘He now also likes to chase my cat, so that’s another thing that shows he’s much healthier and playful.’

After Tania took Tommy in, vets told her the dog was very overweight at almost 30lbs, with the normal weight for a dog of his size and breed being a little over half that number.

Tania said: ‘I think my mum was forgetting that she had already fed him throughout the day, so that could be how he put on all of the weight.

‘He was also quite fluffy and furry which made him look even chunkier – he almost looked like a sheep.

‘When I used to pick him up, he was like a big, heavy marshmallow.

‘At first, my mum was sad to leave him to go to the care home, but now she always tells her carers that I look after him really well which is nice.’

To ease Tommy into his weight loss journey, keen runner Tania got him started with two walks per day, eventually building him up to 5k runs a few times per week.

She said: ‘Initially I was taking him on two one-mile walks each day, and it was very hard because he wasn’t coping.

‘I do quite a lot of running, so I ended up taking him on 5k runs when he got much healthier.

‘He’s on a controlled diet and has healthier treats, but he’s still very greedy. He’s always the first to finish his food out of my other dogs.

‘He also likes to give me the “cute” eyes when he wants something, but I have learnt not to give into them.’

Tania now hopes she can get Tommy down to his target weight of 8kg.

She added: ‘He’s done very well so far, and it would be amazing if he can get down another kilogram.

‘I take him to visit my mum, and she really enjoys seeing him and his progress.

‘He’s always very happy to see her as well.’