It’s that time of year again when we pull out our brightest, most garish knitwear to celebrate Save the Children’s annual Christmas Jumper Day, which takes place tomorrow.

From knitted penguins to embellished polar bears, Christmas jumpers can feature all sorts of festive creatures – but one thing they all have in common is a clashing colour scheme.

And while we celebrate our most daring knits, celebrities have been known to get in on the festive fun as well, showing up to public events in eye-catching garments that stole the show.

From David Tennant’s multicoloured sweater to Matt Damon’s patchwork waistcoat, here’s FEMAIL’s pick of some of the worst (and therefore, best) Christmas jumpers donned by celebrities… 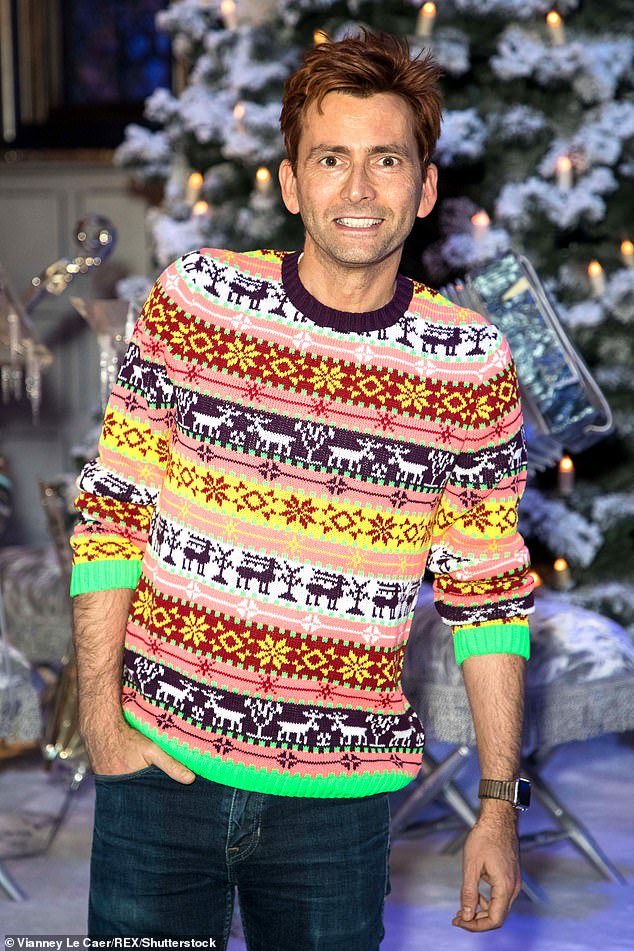 Ahead of Christmas Jumper Day, FEMAIL looks back on some of the most daring knitwear donned by celebrities over the years – including David Tennant, who ensured all eyes were on him in this multicoloured reindeer jumper while attending an event at Harry Potter Studios in Watford in 2017 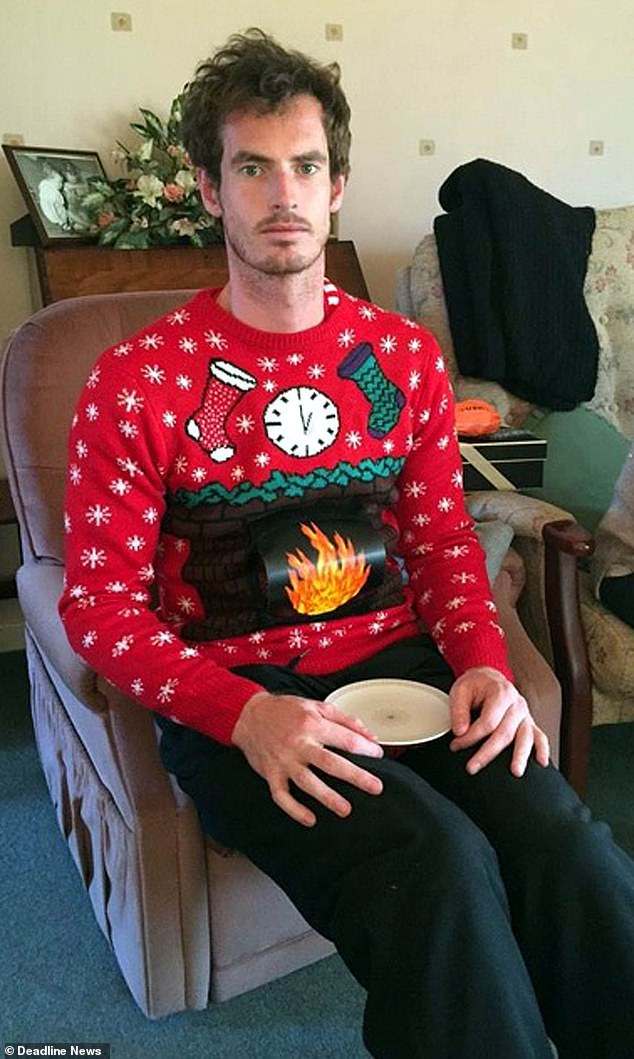 Two-time Wimbledon winner Andy Murray’s Instagram post in which he wore an £18 Primark Christmas jumper featuring a fireplace scene went viral as fans were left in hysterics at his less-than-impressed, slightly alarmed expression 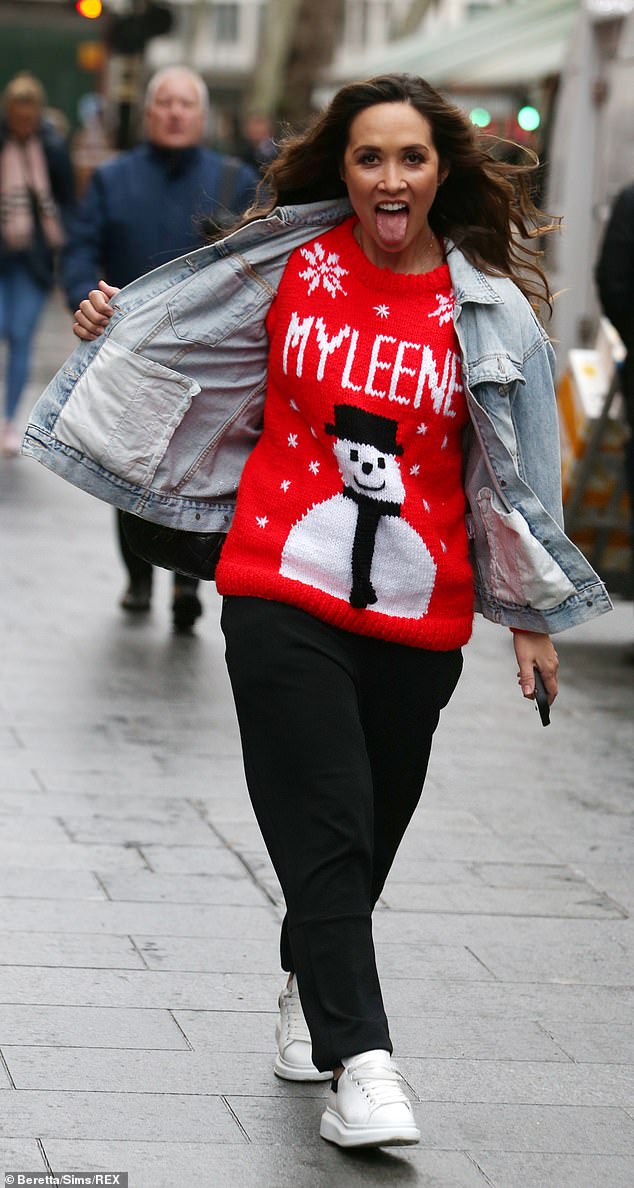 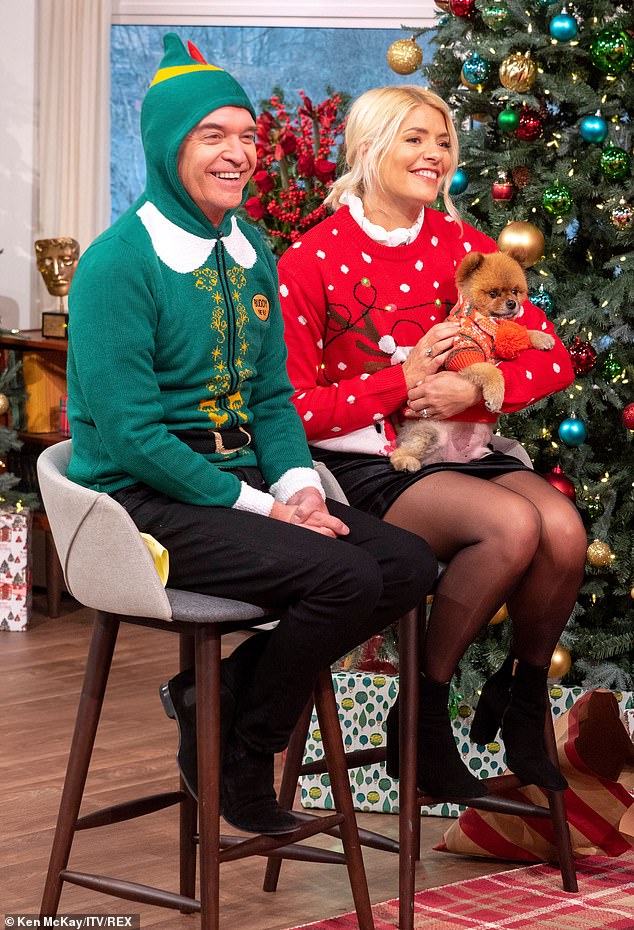 Holly Willoughby and Philip Schofield often get into the festive spirit with their Christmas attire and presented an episode of This Morning in December 2019 wearing Christmas jumpers. While Holly opted for a bright red design including a reindeer and fairy lights, Phil chose an elf uniform-style jumper complete with a hood 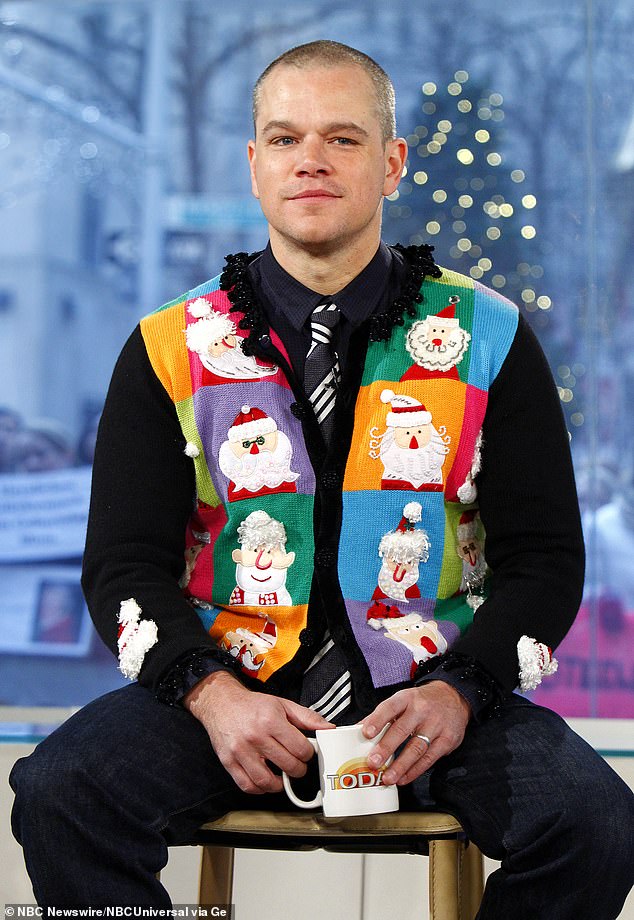 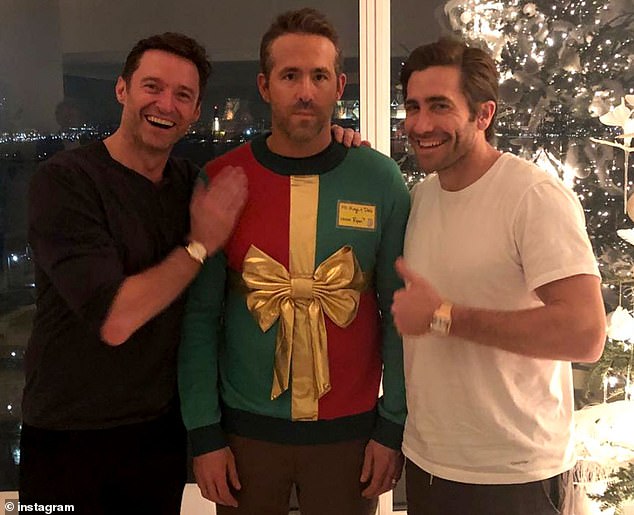 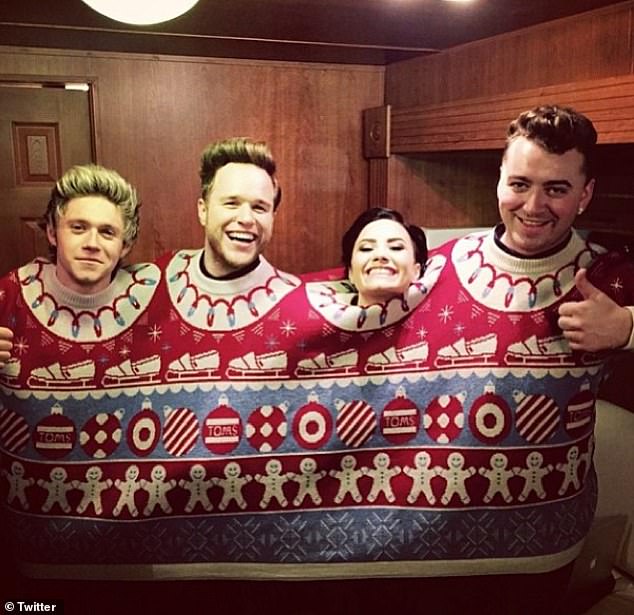 Christmas jumpers are no fun on their own! Niall Horan, Olly Murs, Demi Lovato and Sam Smith posed in a four-person Christmas jumper complete with gingerbread men and ice skates 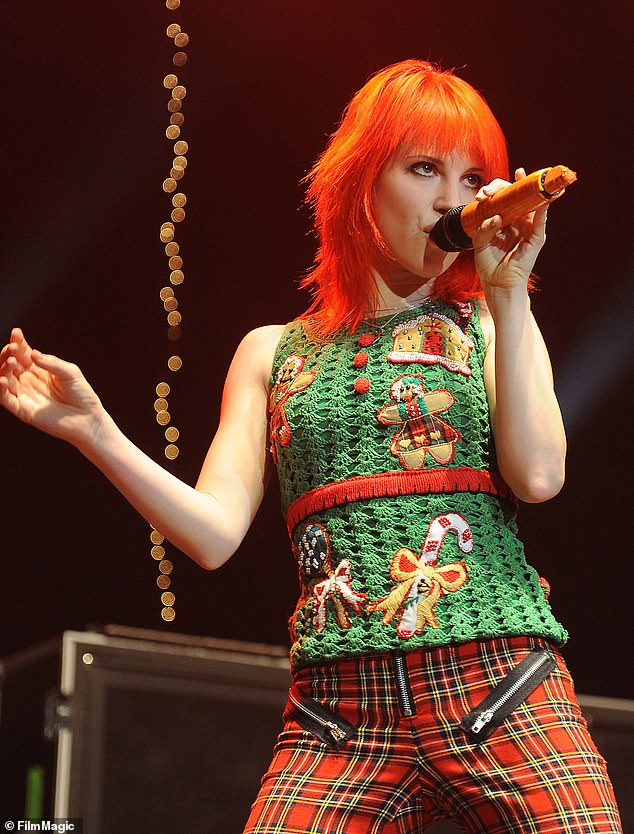 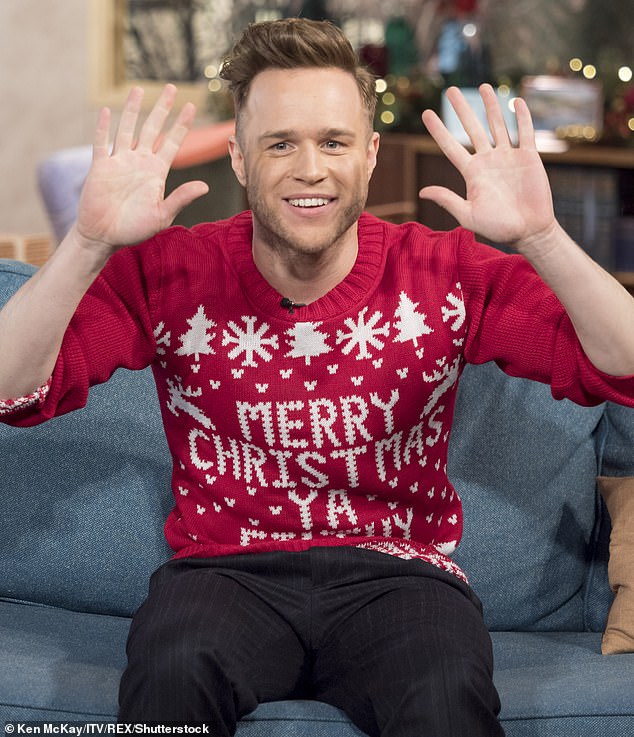 Olly Murs just loves to don festive knitwear when the weather gets chilly, as he demonstrated when he wore a ‘Merry Christmas Ya Filthy Animal’ jumper, in a nod to the Home Alone films, on the This Morning sofa – but this time it was just made for one 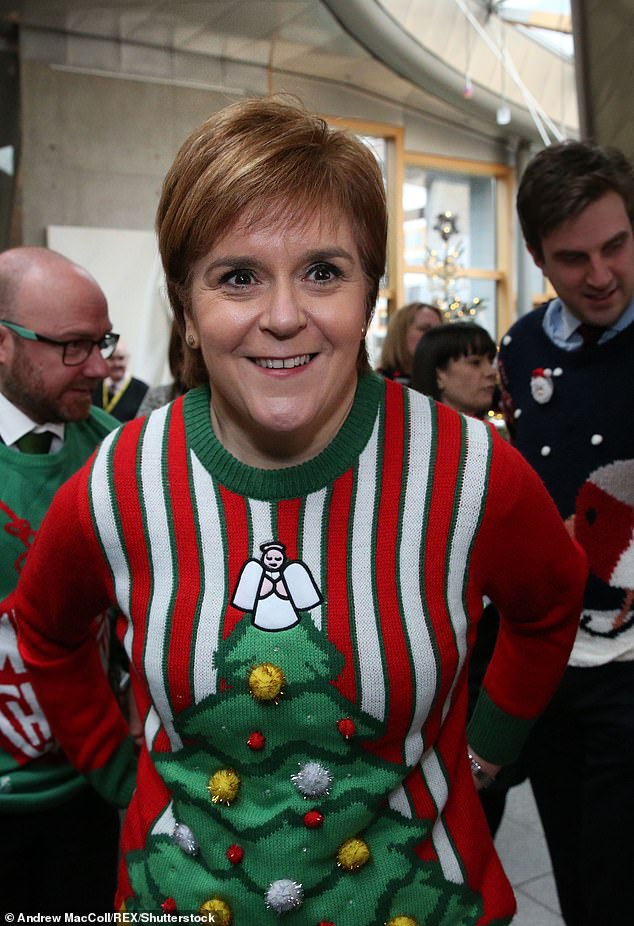 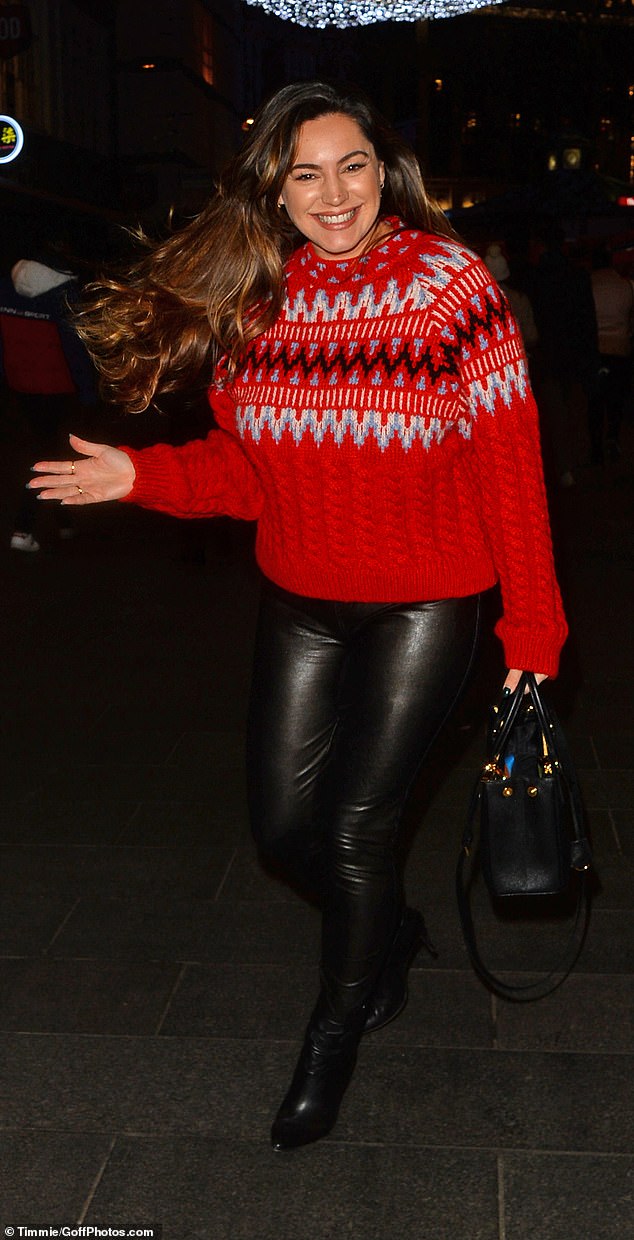 Can Christmas jumpers be chic? Kelly Brook certainly proves they can! Last December the presenter and model paired a red cable-knit jumper with black wet-look leggings on her way out of work