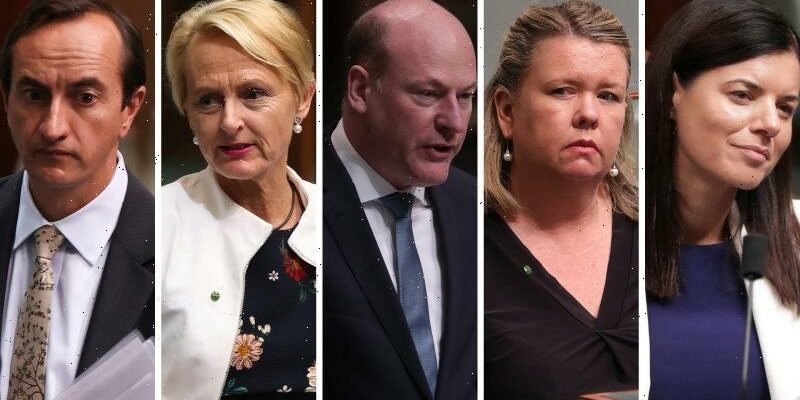 The Australian Christian Lobby (ACL) has fired the opening shot in a campaign targeting rebel Liberal MPs who crossed the floor to amend the federal government’s religious discrimination bill.

The peak group has launched polling to ask voters in two marginal seats whether they knew how their local members voted on “protecting faith-based schools” two months ago, when five Liberals backed an amendment to prevent schools from discriminating against transgender students. 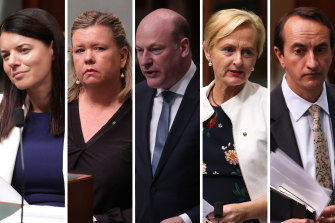 ACL polling about Dave Sharma in the seat of Wentworth and Trent Zimmerman in North Sydney is the first step in a campaign the Christian group signalled after the MPs defied Prime Minister Scott Morrison in a vote at 4am on February 10.

The action against Sharma has also included flyers sent to households in his electorate in eastern Sydney claiming he had voted to weaken laws that protected faith-based schools and asking them if his “attack on faith communities” matched their values.

Already under pressure from independent candidates, the MPs in the moderate wing of the Liberal Party are now being targeted by conservatives and expect colleagues in Victoria and other states to come under similar attack.

ACL chief Martyn Iles has named other Liberals as likely targets in the campaign on the grounds they had “dishonoured” the pledge Morrison took to the last election to pass laws to protect religious freedom.

Liberals say the Christian campaign is yet to begin against others who crossed the floor, including Katie Allen in the Melbourne seat of Higgins, Fiona Martin in the Sydney seat of Reid and Bridget Archer in the northern Tasmanian seat of Bass.

But the MPs have spent the past two months talking to church leaders in their electorates and believe they have most people of faith behind them on protecting LGBTQ students in religious schools.

The five Liberals voted on February 10 in favour of an amendment put by crossbench MP Rebekha Sharkie to the Sex Discrimination Act, a separate part of the government package and an essential element in limiting the ability of schools to expel gay and lesbian students.

The rare cross-party alliance in the lower house replaced the government plan for the Sex Discrimination Act with a broader change that also protected transgender students, although the amendment stopped short of banning schools from sacking teachers because of their sexual identity.

The amendment gained a majority, due to support from Labor, the Greens and the crossbench, but led Morrison to shelve the entire package, leaving the proposed Religious Discrimination Act in limbo.

ACL national director of politics Wendy Francis confirmed the group was active in Wentworth and North Sydney but said it was not polling every seat.

“We don’t tell voters how to vote. Ever. We inform them on how their members voted on certain issues that are important to us,” she said. “That can work either in the candidate’s favour or not. It’s simply the truth.

“Our campaign is all about people, not parties. We are encouraging all voters to research the candidates, don’t vote for a party just because you always have done so, be discerning.”

But Equality Australia chief Anna Brown slammed the ACL for targeting those who voted to amend the bill.

“Just as voters saw through scaremongering to vote overwhelmingly for marriage equality, they will again see through this bullying tactic from an increasingly desperate organisation,” she said.

Sharma called the campaign misleading because he supported the ability of religious schools to keep their faith-based character but did not support discrimination against teachers and students on the basis of their sexual orientation or gender identity.

“If the ACL wants to run a campaign against me for staying true to my values and those of my community, good luck to them,” he said.

“The ACL’s doctrinaire views are not only wildly out of step with mainstream Australia, they are also at odds with the very Christian community they purport to represent.”

Zimmerman said he was “disappointed but not surprised” the ACL would look at campaigning against him but he had no regrets about crossing the floor.

“I think I have the strong support of my community for that decision and I’ve been buoyed by the support that I’ve received from people of all faiths, including Christians, in my electorate who recognise I was taking a decision on principle to protect gay students and trans kids and gay teachers,” he said.

“I would make the same decision again despite any pressure the ACL might seek to exert in this election campaign.”

The ACL has not backed other candidates against the five Liberals and has not expressed a view on independent challengers such as Allegra Spender in Wentworth and Kylea Tink in North Sydney.

“The views on the independents running in these seats are, to a large extent, unknown,” Francis said. “We have no voting record to go on. We do know the voting record of the sitting MPs.”