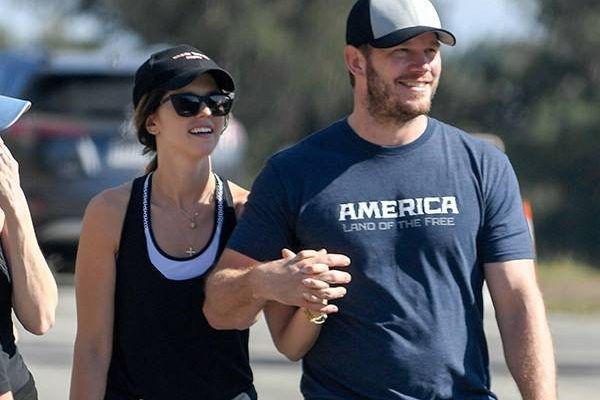 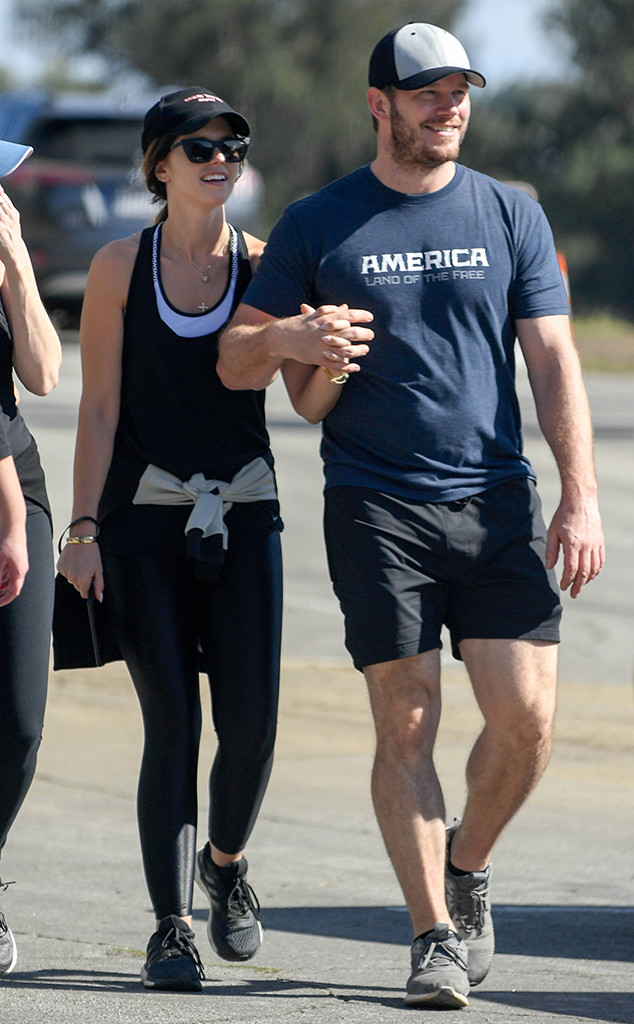 Chris Pratt and Katherine Schwarzenegger spent time with her family over the Thanksgiving holiday.

The Jurassic World star, 39, and the author, 28, were spotted watching her brothers, Patrick Schwarzenegger and Christopher Schwarzenegger, play football with their friends on Thursday. Photos show the couple standing alongside her mom, Maria Shriver, watching the action. Chris and Katherine were also spotted holding hands as they went for a hike with her mom earlier in the day.

It was just over a week ago that the couple had a double date with her dad, Arnold Schwarzenegger, and his girlfriend, Heather Milligan. The foursome enjoyed a breakfast meal together at the Fairmont Miramar Hotel & Bungalows in Santa Monica, Calif. 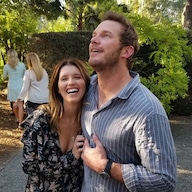 Though Chris and Katherine haven’t been together very long, a source recently told E! News that everyone around them is “rooting” for an engagement.

“Everything seems to click with them and works. They have the same values, lifestyle and priorities,” the insider told E! News, adding that Katherine is “very bonded” to Chris’ son Jack, who he shares with ex-wife Anna Faris. “She has always been good with children, but she really shines and has stepped into this role perfectly. She knows her place with him and is there to have fun and support him.”

“From the moment they met, it just seemed different for Katherine,” the source continued. “This is definitely the most serious relationship she has had.” 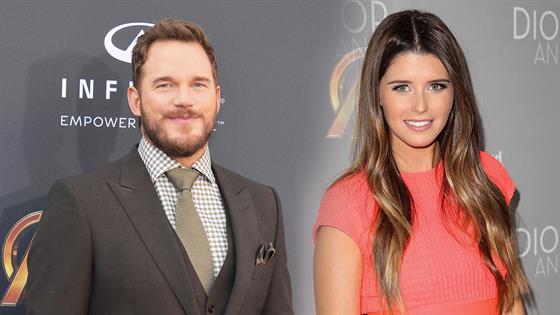 The insider added, “They haven’t been together that long but everyone is rooting for an engagement to happen soon.”

Chris and Katherine first sparked relationship rumors in June when they were photographed having a picnic together near Santa Barbara, Calif. Since that time, Chris and Katherine have been spotted out and about, enjoying dates and attending church together.