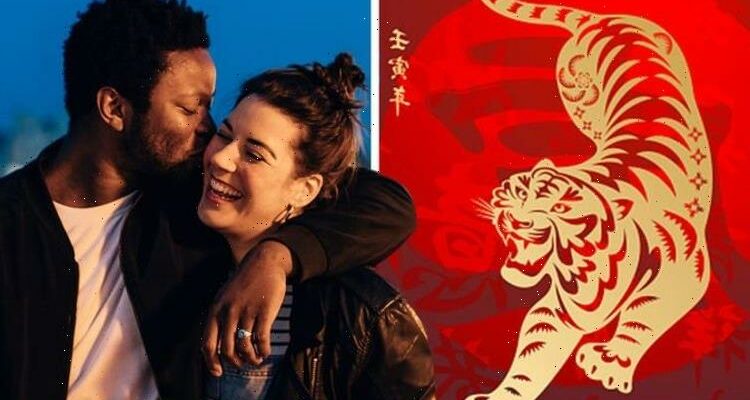 2022 is the year of the Tiger and with it brings new energy. The Chinese horoscope is made up of twelve animals and depending on the year of birth, one animal becomes ruler. Professional astrologer Diana Palacio has looked deep into each animal and revealed what is in store for them this year.

Those ruled by the rat will “have to work hard to achieve their goals”, Diana said. “But this effort can take them to the limit.

“It is important that they learn to rest and even, if necessary, seek specialized help.

“The tiger also advises them not to trust anyone as they could be betrayed.”

Those ruled by the ox will “find the loving stability they have so longed for”.

Diana said: “Professional victories are also assured as long as they maintain discipline and order in their activities.”

She says this year is great for investing money, especially into property.

Although it is tiger’s year, they won’t “always have it easy” the expert preducts.

“There will be many changes in his life that he did not expect and much less had planned.”

So what’s the best thing to do? Diana said: “Accept the changes and adapt.”

As for love, “the tiger’s love life will not have the best year either”.

They are advised to “think before speaking and don’t make hasty decisions”.

This year is set to “being peace of mind” to anyone with the animal rabbit.

Diana added: “However, patience should be part of their day to day because, although things, especially in the workplace, will work, they will not always work, the way they had planned.

“Romance will be the order of the day and for this reason 2022 will be a memorable year.”

Dragon has been advised to “control himself and stay away from arguments”.

Diana suggests this because “the consequences can be very delicate”.

Instead, health “should be the object of attention and it is best to have check-ups and follow medical instructions”.

“The Year of the Tiger can bring great news to snakes, as long as they put stubbornness aside and accept the advice they give them,” the expert explained.

Snakes have been advised to “take care of is their romantic relationship” otherwise they will end up “boring their partner”.

The horse is set to have “excellent opportunities” this year “especially in everything that has to do with income”.

Diana added: “Calmness in the horse will also be necessary to take care of his health and be cautious when driving, handling sharp tools or playing sports.”

Diana said: “Love will finally knock on the door of those ruled by the goat and they will be able to reap the fruits of what she has sown.

“The only recommendation for those who were born in the years of the goat is to save because it is likely that they will experience unforeseen events throughout the year.”

The expert said: “Although the monkey is the antagonist of the tiger, this year will not necessarily be negative.

“If the monkey is disciplined and optimistic, the positive stars will accompany him, especially in everything related to his work.

The rooster is apparently “the most favored animal during 2022”.

Diana said “good stars” are set to “accompany” the rooster but they have to “be punctual with everything you commit to and stop postponing your obligations, especially what has to do with your health”.

Unfortunately for the dog, “the tiger does not bring the best stars”.

Diana suggests them listening “to advice and act calmly” in order for  an easier year.

“The dog is characterized by his loyalty and 2022 will be the year to show it, take care of the people around you and the universe will return those good intentions,” she told Marca Lifestyle.

“Thanks to this help from the tiger, the pig will be able to close old chapters that did not let them be in peace,” Diana explained.

“It will also be a good year for single pigs who will most likely find their better half.”

She suggests anyone with the pig should “keep your eyes open”.