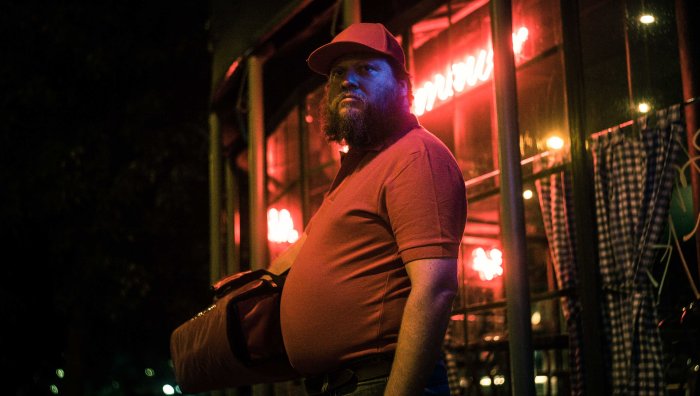 GUADALAJARA — Chilean production company Equeco is at this year’s Guadalajara Intl. Film Festival to pitch a new project, “Pepperoni.” The immigration-themed dark comedy will be the second feature of festival favorite, D.J.-turned-director Tomás Alzamora, better known in Chile as DJ Four-D, who shared exclusive first details with Variety in the lead-up to the Mexican event.

Alzamora has confirmed to Variety that “Pepperoni” will star popular Chilean comedian and actor Rodrigo Salinas, who also appeared in his debut, “Little White Lie.”

Salinas will play a hardworking, Trump-sympathizing Chilean who is fed up with the number of immigrants in his own country, and relocates to the U.S.

From the second he steps off the plane he experiences racism from the other side, and struggles to make ends meet. Eventually he finds a group of fellow Chileans on Facebook with a room for rent, but national ties only go so far and they end up stealing thousands of dollars from him. With limited resources he takes an undocumented job delivering pizza, actually just a front for a group of home robbers.

“This will be another black comedy, but this time with a bit more contrast. It will have blood and violence, and music throughout,” Alzmora explained. “I really like making musical sequences, especially with old music to counter to the established vibe of the film.”

He said that Luis Ortega’s “El Angel” is a good parallel.

And, while Alzamora is sticking to his comedic guns, “Pepperoni” promises to be a bit more personal than “Little White Lie.”

“Racism in Chile has gotten worse since changes in visas for Haitians and people hearing every day about what is going on with Trump’s wall,” he said of his inspiration in writing the script. “My brother-in-law is Haitian and he recently said to me that Chileans are starting to believe themselves a superior race.”

Producer Pablo Calisto and Alzamora spent the last week in Miami scouting filming locations, meeting with potential production partners and participating in the Miami Film Festival. Alzamora won the Jordan Ressler award for best debut screenplay there in 2017 and was on the jury for that competition this time around.

Now in Guadalajara, they are “Looking for an American and a Mexican co-producer,” Alzamora told Variety, although he clarified that there are any number of Latin American countries that would fit the co-producer role well as immigration struggles are not limited to any one nationality.

“We are also fine-tuning our production model so that effectively this movie can be executed with only Latin American funds. We also want a U.S. partner with the idea that they can give an American perspective on Latino immigrants.”

Alzamora’s “Little White Lie” was also produced by Equeco. In addition to success in Miami, the film participated in numerous film festivals in Latin America, Europe, the U.S., the Middle East and Asia.

The stable of young filmmakers at Santiago-based Equeco lead a generation of talent that speaks a different cultural dialect. They grew up with social media as a native tongue, cut their teeth making music videos and revolutionary short films, and are popular on Instagram and Snapchat. The films they make employ that fluency in a way that that feels like a natural evolution, with something for cinema-goers young and old alike.