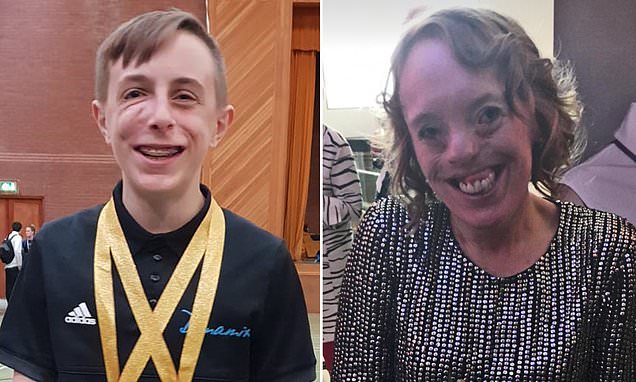 ‘My face is not a Halloween costume’: Children urged not to dress as ‘ugly’ villains to go trick-or-treating – as charity warns of the ‘isolating’ effect on youngsters with scars

Ghosts, ghouls, and pumpkins will be out in force this evening as children across the world prepare to scare their neighbours in return for sweets as part of their annual ‘trick or treat’ celebrations.

But for people with a visible difference, Halloween can be scary for much more sinister reasons.

People who have an unusual appearance are more likely to feel isolated or even target as a result of the annual event, according to Changing Faces, a charity that supports and represents people with conditions, marks or scars.

Marcus Powell, 14, from Herefordshire, who was left with scars following surgery on his facial cleft, told FEMAIL how cruel bullies have told him he ‘didn’t need a mask’ on past Halloweens, while face equality campaigner Dr Amanda Bates, who was born with a cleft lip and palate, said she recalls feeling ‘uncomfortable’ at Halloween as a child, but being unable to articulate why.

Other than the notable exception of the heroic wizard, Harry Potter, characters with scars are often portrayed as the ‘baddie’ – just think of The Lion King’s ‘Scar’, the Joker in Batman, or infamous serial killer Freddy Krueger. 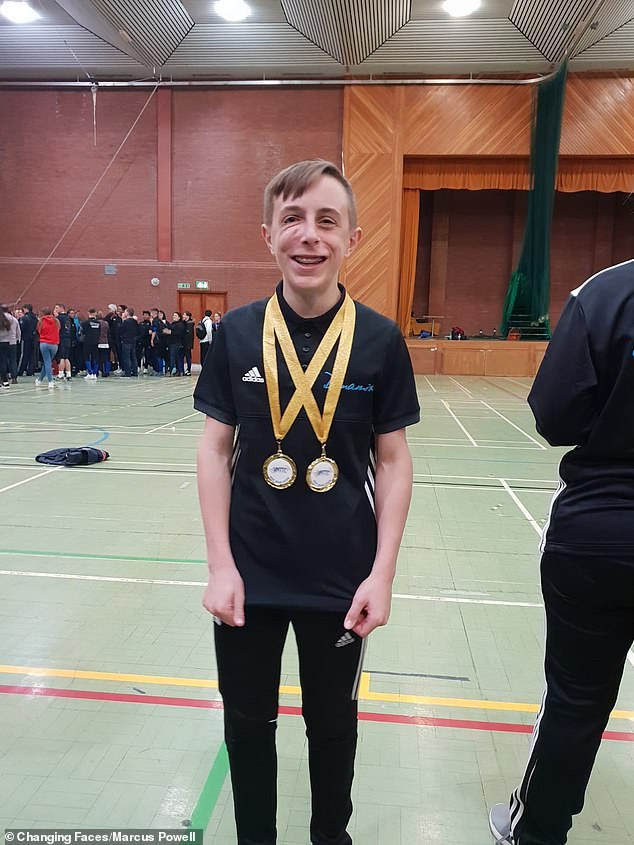 Marcus Powell, 14, was born with a rare type of facial cleft, and has a scar as a result of 20 operations he underwent when he was younger 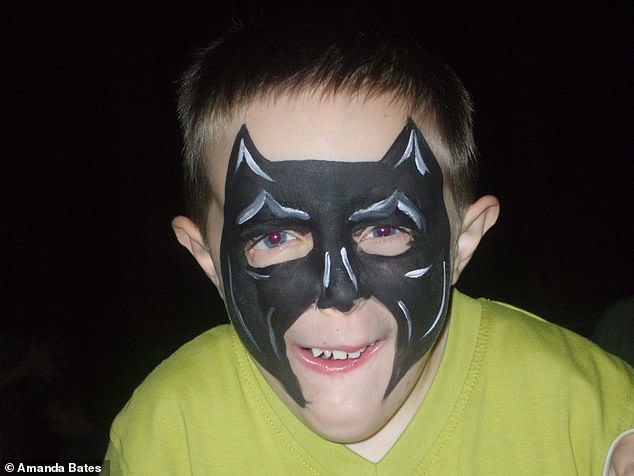 Marcus told FEMAIL he doesn’t go trick or treating himself, because he’s been told by bullies he doesn’t need a Halloween mask as his face is ‘scary enough’

As a result, people who look different can often be subjected to bullying around this time of year: while their friends or classmates buy make up or masks to make their appearance more terrifying, children with scars are often trying to do the opposite.

Marcus Powell, 14, from Herefordshire, was born with a rare type of facial cleft and has a scar on his face as a result of the 20 corrective operations he needed.

He says part of the reason he doesn’t go trick-or-treating at this time of year is because of the way he looks, with fellow pupils teasing him and suggesting he didn’t need a Halloween mask as his face was scary enough.

‘Classmates would call me names, like scar face, two-face and Joker,’ he said. ‘I was really upset and although I would try to ignore them it was really hard.’

‘I find the costumes that are made to look like conditions or scars that people might have the most upsetting. It really upsets me when I see films with characters who have scars to show they’re evil. People with scars or who look ‘different’ are NOT baddies or villains. We are everyday people like everyone else and we have feelings. We are good people and good comes from within us, not what you look like.

‘The stereotypes that are out there need challenging because its not right and its not fair. What kind of society will we have if we are teaching children that scars on caricatures make them evil? Why cant the ‘goodie’ have a scar, mark or condition that makes them look ‘different’?

‘Feel free to wear the vampire costume, cat, pumpkin, skeleton, spider, wizard, or witch. But why would they need a scar, mark or something to make their costume scarier or gory in their eyes? It doesn’t make costumes any scarier. It just cause upset and distress and bullying to people who may have a similar scar or appearance.’ 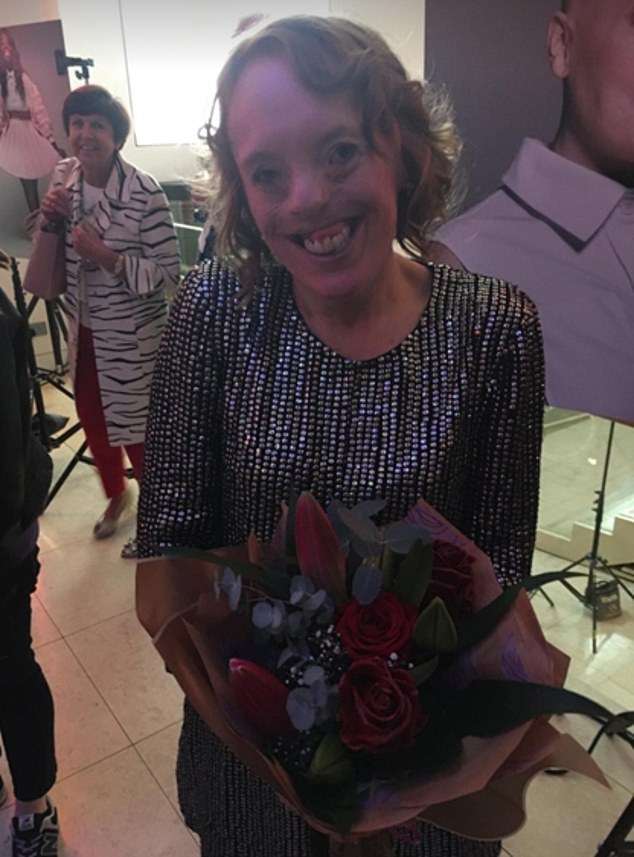 Face equality campaigner Dr Amanda Bates, who is also a psychologist, said she remembers feeling uncomfortable around Halloween as a child, but being unable to articulate why 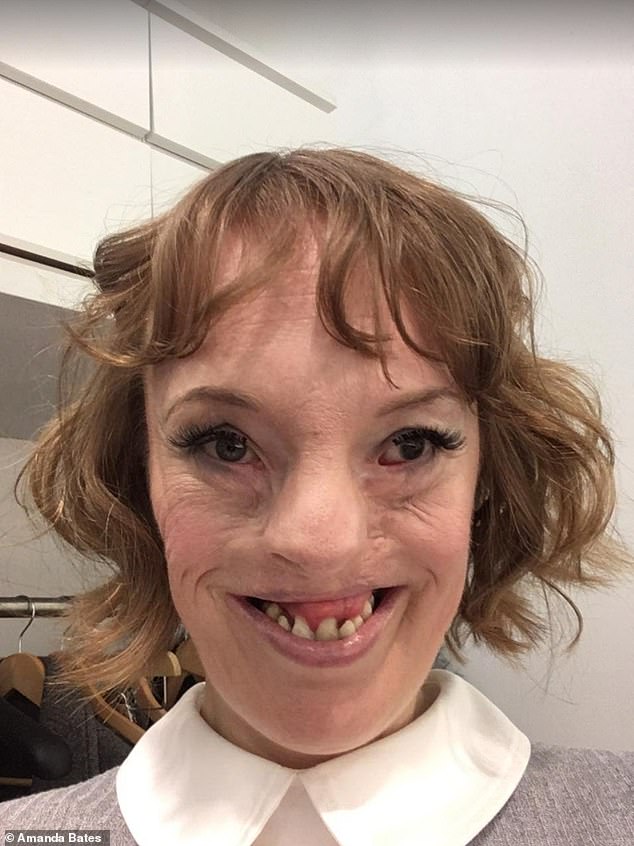 Dr Amanda Bates, Public Engagement Officer at the University of Kent, is a Chartered Psychologist and face equality campaigner. Like Marcus, she was also born with a visible difference affecting her face – a cleft lip and palate – as well as missing fingers.

‘Halloween wasn’t so much of a thing when I was growing up, not as much as it is now anyway,’ she told FEMAIL. ‘I didn’t really dress up for it or notice it happening when I was at school: what I do remember is feeling uncomfortable around Halloween and never really articulating why.

‘I get trick-or-treaters these days and I often think, “How would I react if a kid pitched up with a big scar as part of their costume?” Do I stand there and try to talk to them about the fact they’re mimicking people’s conditions? Or do I just give them a pack of Haribo and send them on their way?

‘Freddy Krueger was a big thing when I was little, and that made an impact: I remember lots of people dressing up as him. When people make themselves up to have burns, with all the scarring, and lots of blood, I just don’t understand: what’s amusing and entertaining about all that? These are people’s conditions, and they’re making light of people’s really raw experiences.’

In 2014, following action from Changing Faces, Tesco removed a ‘Freddy Krueger’ Halloween costume from sale as a result of its offensive description: ‘With his burned face and dishevelled appearance it is no surprise that a Freddy Elm Street costume makes a unique Halloween outfit idea,’ it read.

Despite campaigning against costumes, the charity is clear it does not want to cancel Halloween or stop children from having fun: ‘Halloween is an important annual event, and one that excites and engages millions of children and young people – and many adults, too,’ they explain. ‘Changing Faces encourages this, and does not want to see an end to Halloween, or genuine, good-natured ‘ghoulish’ costumes, events and themes.’

Instead of abandoning the dressing up box, facial disfigurement campaigners encourage shoppers to take a closer look at the product they are buying, and asking themselves if it mimics a condition, mark or scar that another person could have before purchasing, to avoid causing any upset to others.

Bates too has advice for anyone looking not to offend the 1.3 million people in the UK living with a visible difference on Halloween this year: ‘If you approach it right, Halloween can be a bit of fun, but try and stay on the fun side of it! Think about the people who you might be upsetting before dressing up.’