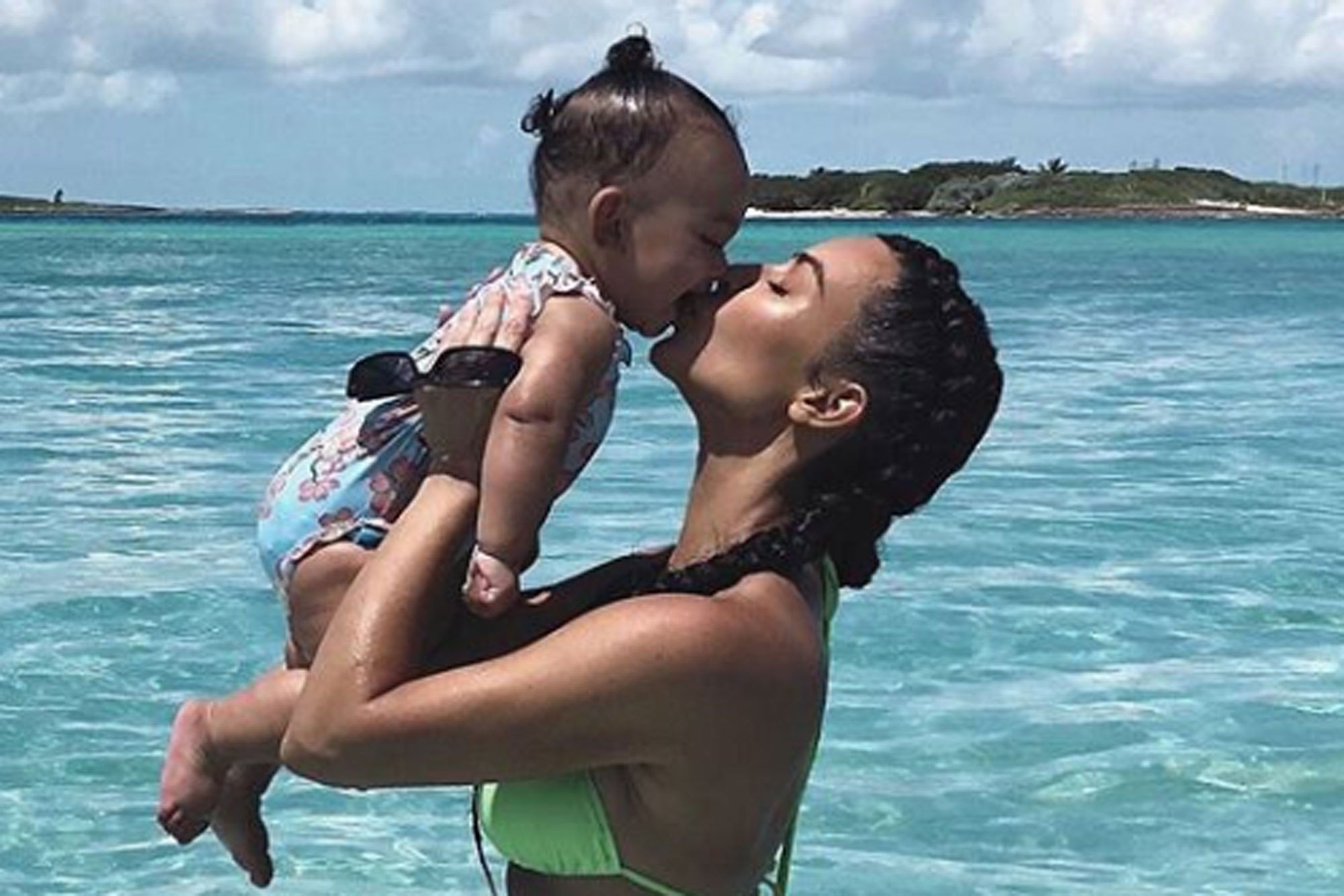 Chicago West isn’t even a year old yet, but she’s already a model.

In a new campaign image for KKW Beauty’s Flashing Lights collection photographed by David LaChapelle, the 9-month-old daughter of Kim Kardashian and Kanye West appears alongside her beauty-mogul mom.

The shot features a topless Kardashian, 38, peacefully cradling the sleeping baby in her lap.

While Chicago may be new to the modeling game, her older sister North is already a pro: The 5-year-old posed along with other members of her famous family in a Fendi campaign in July, and in September, North made her runway debut during the L.O.L. Surprise! Fashion Show.