Is #Cassette about to happen? It looks like it’s possible during the Wednesday, May 22, finale of Chicago Fire.

In Us Weekly’s exclusive sneak peek, Casey (Jesse Spencer) stays at the hospital with a little boy who drove his pregnant mother to the firehouse. Once the boy reunites with his father, Sylvie Brett (Kara Killmer) can’t help but compliment her coworker.

“You were really good with him,” she says to Casey, who responds, “Just doing my job.” After a smile, Sylvie couldn’t help but watch Casey walk away – she was quickly caught by Foster (Annie Ilonzeh). 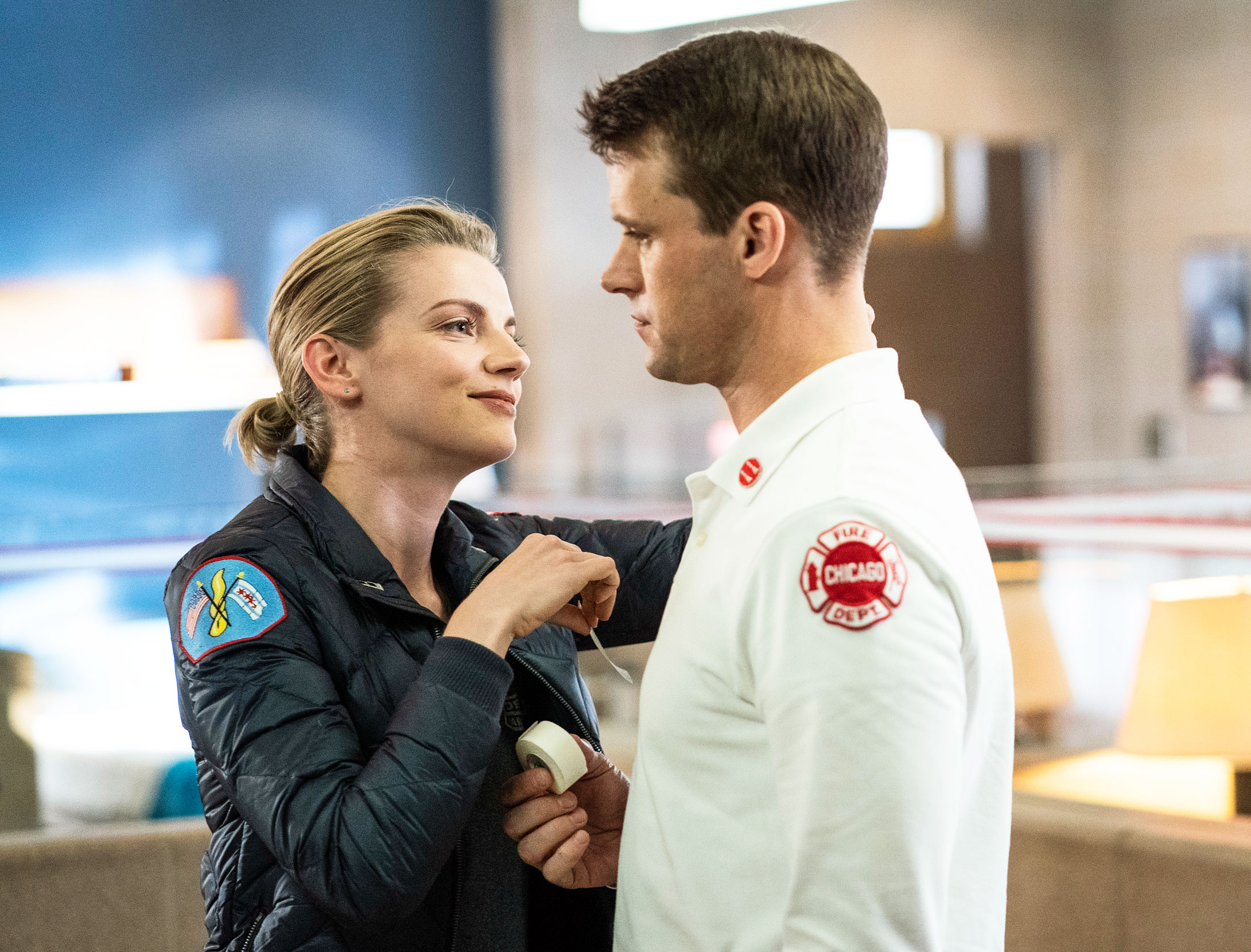 “Jump him already. Look at your face. Oh my gosh, you’re as easy to read as The Hunger Games,” Foster says. “Just jump him already, and get it over with!”

Brett then admits she’s hesitant because she doesn’t know if Casey’s interested — most likely because of their past. Just as a reminder, Brett was best friends with Dawson (Monica Raymund), Casey’s ex-wife. She was also in a relationship with Dawson’s brother, Antonio (Jon Seda).

In addition to the heat in the firehouse, the actual action in the finale is going to be intense, creator Derek Haas recently said.

“This one’s gonna be a rough one. This starts, from the jump, crazy, and by the time you get to the end, you’re gonna get wrung out. It’s one of the biggest ones we’ve ever done,” Haas said on the “Watch With Us” podcast. “We usually shoot in eight days; this one shot over 10 days. It’s got our biggest set that we’ve done from a fire standpoint. It’s going to be gnarly. You don’t want to be working the next day – and you might be cursing my name in many ways.”